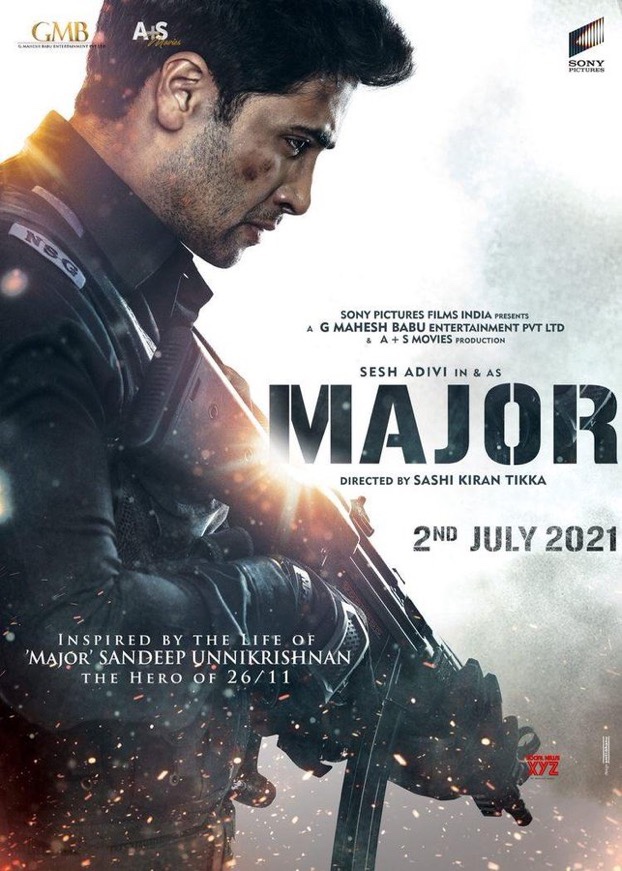 Adivi Sesh, who is all set to hit the big screen with his first multi-lingual film, Major, has been gaining immense popularity for his unique approach to CINEMA. Though he has starred in many films, he is yet to hit the bull’s eye. But this time, he is confident that Major will be a turning point in his career.

Adivi Sesh is one of the most talented and handsome actors in Tollywood. He is a versatile actor who has shown his best side as an actor in multipleroles. He has done comedy, romance, and even thrillers and portrayed them all with ease.

But what makes him special? What makes him so different from other actors? The answer to this question is his dedication to his work. He prioritizes the story and the character’s potential on top of everything else. He always tries to give his best in every movie, visible in his every role.

He debuted in a Telugu film with a small guest appearance in a movie called “Sontam” in 2002 and featured in another film called “Karma” in 2010.Even though he got a chance to play a lead role back in 2010 in “Karma,” not until recently did this handsome hunk gets lucky with a hit film. Adivi Sesh is a self-made man who started his career as a supportive-role actor and director.

His first big hit Goodachari was a fantastic thriller movie that will make you sit on the edge of your seats. He portrayed two challenging roles, one as a national spy and another as a victim who was framed as a terrorist in the film. So how does he clear his name? His convincing performance is one of the reasons why this fast-paced and nail-biting spy thriller film received critiques’ accolades.

He has managed to carve a niche for himself in the industry with his talent. With his top-notch performance in Goodachari, Major holds high expectations amongst the audience. Because at first glance, Major looks very much similar to Goodachari, which earned him a hero reputation and established him as a lead-role actor in the Telugu film industry.

Adivi Sesh is one of the most promising actors in the Telugu film industry. With his boyish charm and good looks, he has garnered a huge fan following among the youth. But despite all his achievements, he remains an upcoming actor in the industry with only a handful of movies to his credit.

But what makes him special? Adivi Sesh doesn’t prioritize commercial aspects of a film over story and characterization. He believes that if a movie has a strong script, the audience will receive it well regardless of who plays what role in it. Therefore, he prefers character-oriented roles over commercial ones, even though they might not fetch as much money for him as other roles would.

He has played several small roles in movies, and he never seems to mind what size his role is. He is just happy to be there. And you know what? That kind of attitude is inspiring! It shows that for Adivi Sesh, the character holds a greater significance than the size of his role or how much screen time he gets. He believes that even a small part can have a big impact on the story and the audience. And that is something that inspires this actor to take smaller and more challenging roles.

When it comes to movies, Shesh is a man of vision. He is known for his unique roles in movies, and he has been known to turn down roles that don’t fit his criteria.

It is knowing his character inside and out and being able to get under their skin of the character is what works in Adivi Shesh’s favour. It is about understanding what makes them tick and how they would react in any given situation. Not just the emotional reactions but also the physical ones. How would they move? What would they say? How would they dress?

It is also about knowing how to act, which is why Adivi Shesh is such an amazing actor—he knows how to act. But he also knows how to direct and write screenplays to go even deeper into the minds of his characters. He can imagine what a character feels like as they walk down a street, sit at a bar, or go through an emotional crisis. In other words, he can do all of this because he knows how people think and feels and act in real life!

But despite his focus on movies, fans have always adored Shesh for his cute and charming personality. He was never afraid to break out of the box. He is an actor who goes against the grain, and we love him for it!

We are happy to see our favorite actor Shesh making a foray into other languages. He has always been known for his emotional performances and his ability to portray relatable characters with ease to the audience. We believe that this quality will help him succeed in other languages. We love that he is taking the initiative and expanding his horizons, and we wish him all the best as he takes these next steps.

We hope that he maintains his charm and stays by his artistic values to keep serving the audience something unique, unlike other commercial actors.