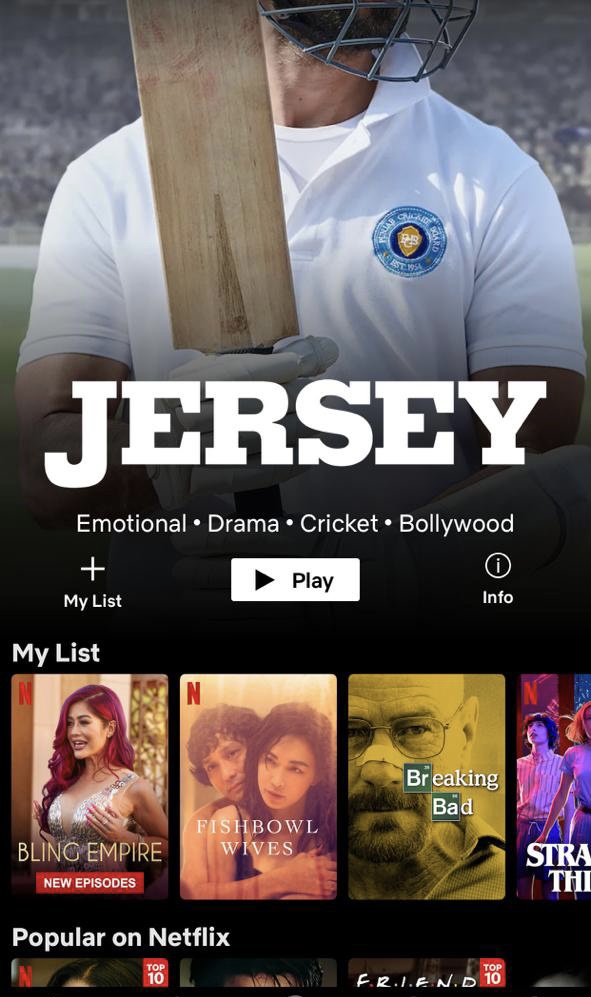 Ever since its origin in the 1800s, cinema has come a long way! While presenting the audiences with a plethora of unique story/plotlines, various communities across the globe have been delivering their own distinct cinematic delight. In India, the fascination towards the craft that often showcases the nuances of life on the big-screen, or engulfs audiences to break free from the monotony and indulge in entertainment themselves has carved its own niche. From visual treats like Mughal–E–Azam (1960) to dramatic hits like Sholay (1975), the Indian masses have been an avid audience and led the film fraternity to flourish.

While digitization enabled geographical penetration, technological advancements catapulted in providing users with a wide variety of multi-media channels. Taking this a step further and building on the diversity in creative expression, we are today spoilt for choice with a wide range of content across Over-the-top (OTT) platforms. Also, over the past couple of years, the pandemic has acted as a catalyst and increased the viewer interest towards the OTT platforms. In an environment full of distress and uncertainty, these entertainment platforms have acted as a boon!

It is a known fact that production companies evaluate scripts based on their profitability factor. However, the business dynamics have now transformed and led the makers to assess the same based on where they release the movie – OTT or Multiplexes. Depending upon the plotline, producers are mindful of the potential of the movie and are making this decision based on the same. For instance, Gehraiyaan, a movie by Dharma Production was released on a leading OTT platform due to the debatable story line. As per an interview, Karan Johar pointed out that the film was bound to receive polarizing views and hence mentioned that he discussed it with Shakun Batra and the two decided to not release across multiplexes as it was a risk that they wanted toavoid.

2. A-List Actors Diversifying to do Shows on OTT

Many A-List actors are going beyond the large screen cinema and exploring the possibilities and profitability of starring on OTT platforms. For instance, Saif Ali Khan and Nawazuddin Siddiqui in Sacred Games, Madhuri Dixit in The Fame Game, Shushmita Sen in Aarya. OTT is the top choice for gen z audience and one quick way to reach out to the masses. Hence, even A-list stars are showing enthusiasm to feature on OTT platforms, which is very clearly visible from the trend of these stars starring in series and shows on OTT platforms.

3. Recognition and Interest Towards Budding Artists

Unlike the ever-aspiring TV actors who dreamt of crossing over to mainstream cinema and being a part of the celluloid but couldn’t achieve the goal, actors starring in a series or movies that are backed by an OTT platform are now receiving recognition. This visibility is helping them transgress and diversify their potential onto various mediums of entertainment.

The parameters of defining a movie as a Super Hit has now evolved beyond the ‘star’, and brought forth the ‘content’ that drives the narrative to the audience. Whilst the actors do play an important hand at portraying the same on celluloid, however, the heart and soul of the movie lies in the script as it also sets the foundation for the film. Original storylines with engaging screenplay are here to stay and thus, filmmakers from all over the world are realizing the same.

Owing to the fact that a movie released across multiplexes will sooner or later make it to the OTT platform, filmmakers are going beyond their usual marketing strategies and putting forth the effort to entice the audience to come to the theatres. Furthermore, OTT as a platform has scope to profit with newer ways of advertisement, even as the movie watching experience becomes comparatively cheaper with a more valuable subscription.Hence, leaving scope for filmmakers to create new parameters for advertising.

Another change observed is releasing a movie across both OTT and multiplexes. Movie makers now understand the global grandeur that OTT provides just at the tip of the fingers and hence are distributing their film across both digital and on-ground space. Some of the movies that had a trajectory of this sort were – Gangubai, KGF – Chapter 2, Badhai Do and more.

OTT is highly driven by technology integration and thus has immense scope to evolve and transform itself into providing personalized viewer experience. While the content suggested and recommended on these platforms is skewed through by AI and in relation to the previous consumption patterns. It is speculated that filmmakers will eventually offer unique narratives that will enhance the overall experience for the audience and make it more customized. For instance, the possibility of having alternate endings options to choose from.

The pandemic has left its catastrophic impact across various industries, including the Indian movie fraternity. With the risk of losing money and uncertainty around the corner, producers are cautious about their investments and have a restricted number in mind while they cast lesser familiar names on the big screen. Thus, releasing these movies on an OTT platform not only benefits in cutting down on the cost of distribution, but also printing and advertising and avoiding the hassle to find a suitable release date.

9. Showcasing the Grandeur and Opulence of Theatrical Cinema

Unlike OTT, cinema viewing offers an opportunity to enjoy movies in 3D with high sound and picture quality. With the regional movie industry gaining prominence in recent years, there is scope to build on the larger-than-life movie experience and have an increased number of cinema walk-ins.

Renowned filmmakers are now diversifying their talents and expanding it further to curate story lines that are being presented in the form of series/shows. From ‘Made in Heaven’ by Zoya Akhtar to ‘Lust Stories’ and ‘Ghost Stories’, a web show by Zoya Akhtar, Karan Johar, Anurag Kashyap and Dibakar Banerjee.

It is fair to conclude that the spectacle of entertainment is going to be interesting in the years to come and will further only increase the demand for both OTT & cinema theatres. The hybrid entertainment dynamic will be a visual treat and will enhance the creative extravagance for filmmakers!

(Apoorva has been a Freelance Writer for almost a decade now. Her expertise is in films and the entertainment industry)