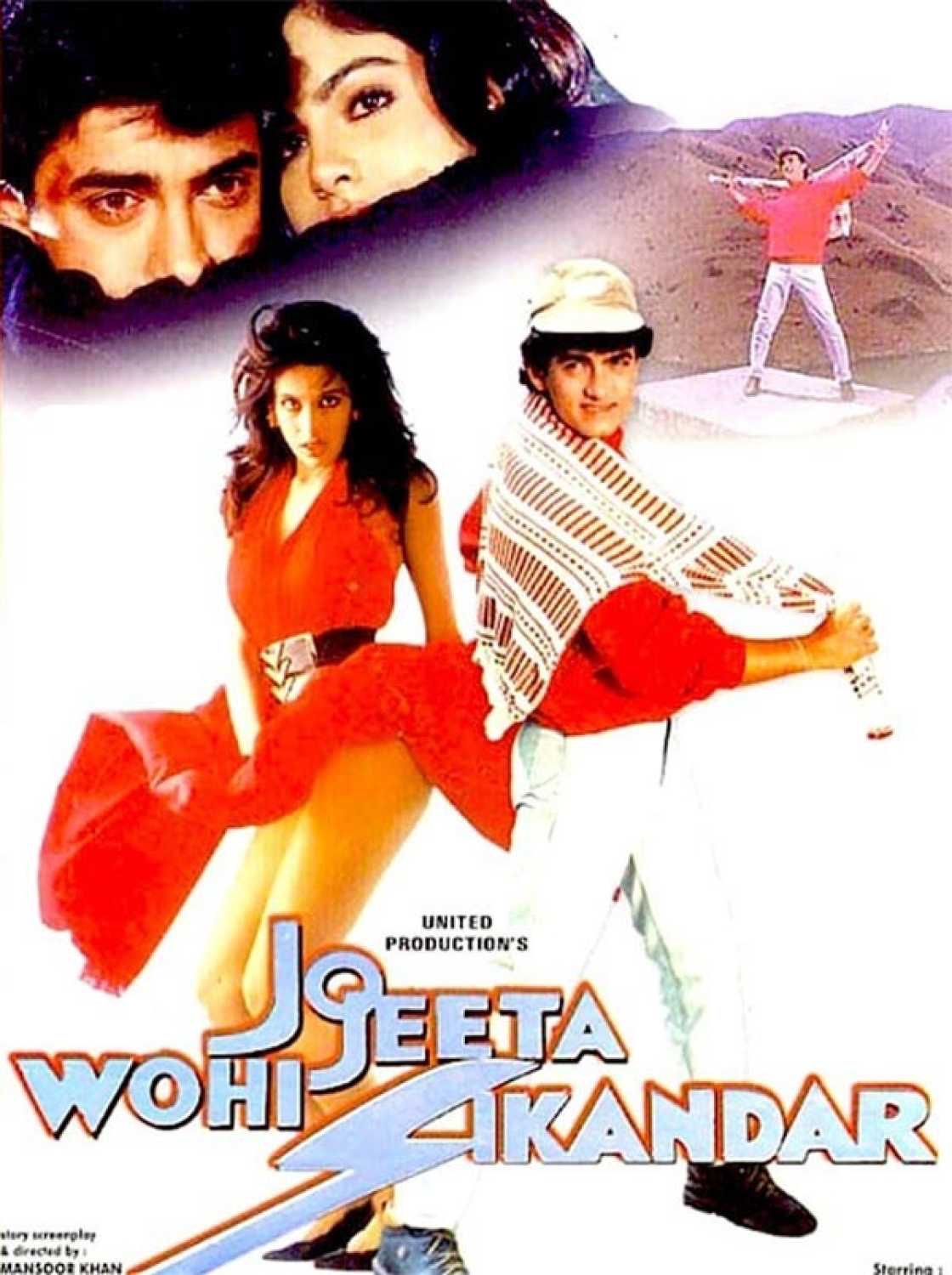 The film ‘Jo Jeeta Wohi Sikandar’ meaning ‘The one who wins is the king’ released in 1992 is regarded as a cult coming-of-age sports film. The sports drama well captured the phase of adolescent youth touching the young vibrant sportsman spirit, friendship, and team spirit, perfectly blending with the nuances of romance, jealousy, and status quo prevalent in the society, in the most relatable manner. Even after 30 years of its release the film still has the freshness that the audience can watch again and again for its daunting family relationships, good values and optimism, writes Dr.Priyaankaa Mathur.

Well executed, directed and co-written by Mansoor Khan and produced and co-written by Nasir Hussain, the film today carries an everlasting impact on the viewers with its super hit songs and performances by Aamir Khan, Ayesha Julka, Deepak Tijori, Pooja Bedi, Mamik Singh, Kulbhushan Kharbanda and Faisal Khan in a special appearance, who played the younger Amir Khan.

Interestingly, there are so many interesting facts to note about this film, as there were many known actors who failed to bag a role in the film as the producers scrapped the film after shooting 75% of it. They kept on changing the cast step by step till they were satisfied with the casting, while the perseverance paid off to make it a hit in the 1990s.

What makes the plot unique is the protagonist Sanjay (Sanju) from a middle-class family. He happens to be a daydreamer who only dreams to be rich doing nothing. He is a smoker and a below-average student who flunks in his exams and is often seen hiding his mark sheets from his father (Kulbhushan Kharbanda). He even exploits Anjali’s(Aisha Julka) sincere love and steals money to buy an expensive present for a rich maiden Devika( Pooja Bedi). Sanjay has no dream or passion to achieve anything, not even in sports, like his brother Ratan(Manik Singh)who is a hardworking sportsman and burns in an agony of taking revenge, while he was defeated by cheating in a cycling race causing him an injury.

The film captures well the tussle between the two hot blooded rival college gangs who end up meeting at the town square for regular fights and verbal brawls between Shekhar(Deepak Tijori), a rich brat who’s the region’s sports champ and Sanjay, and his poor friends, who dream to reach that status one day while their conflict mostly revolves around their class difference. The film also impressively captures the emotional venerability and carefree attitude of the young boys displaying their curiosity and that feeling of growing up, smoking and impressing young women in the small village. Yet, the modern educational setup is a bit ironic but quite relatable to today’s youth.

What made this film unique is its young-looking cast, despite being in their 30s, playing college students, using a lingo (Hinglish) catchy, relatable, and impressive for today’s youth. The script bestows good fun, frolic and laughter and it’s almost two hours when the turn of the story takes place until Sanjay tastes the reality and is insulted by his rich crush and her gang of friends, which acts as an eye-opener and inspires him to take the sports championship seriously to seek revenge on his brother’s behalf. It is quite a wait for the audience to see the change in Sanjay’s perspective. One can see the layers in Sanjay’s character, heroism and vulnerability simultaneously, his vulnerability being clearly visible because of the lack of presence of his brother by his side, who’s like a strong pillar to him and a very supportive, since his childhood.

The story builds on the real tension at this point around Sanjay as he starts preparing to compete in the cycling race in a couple of weeks. The film had an authentic village aesthetics, which is refreshing. Cycling as a sport somehow suited the rural terrain, which is shot remarkably bringing the desired adrenaline rush and tension in the spectators, in the cycling race sequences while Sanjay finally wins the race in the climax.

The film had an enchanting line-up of songs which are interwoven to narrate the story, composed by Music Director duo Jatin-Lalit, making the music score win two Filmfare Awards, including the Best Film Award.The songs like ‘Pehla Nasha’ brought a fresh breeze to the Indian film industry, with its dreamy romantic portrayal staring the everlasting cutie Amir Khan, who still remains a heartthrob enchanting his audiences with the romantic number filmed in slow motion.

Pehla Nasha was choreographed by Farah Khan who is believed to have stepped in when Saroj Khan could not make it to the shoot. The song has a unique slow-motion sequence, one of which happened when Farah was unable to choreograph Pooja Bedi who was a non-dancer. She instead made her stand on the car and blew her dress with a fan, similar to Marilyn Monroe’s famous blown-up white subway dress giving a unique cinematic experience, while the song gave Farah a well-deserved recognition at the very beginning of her career.