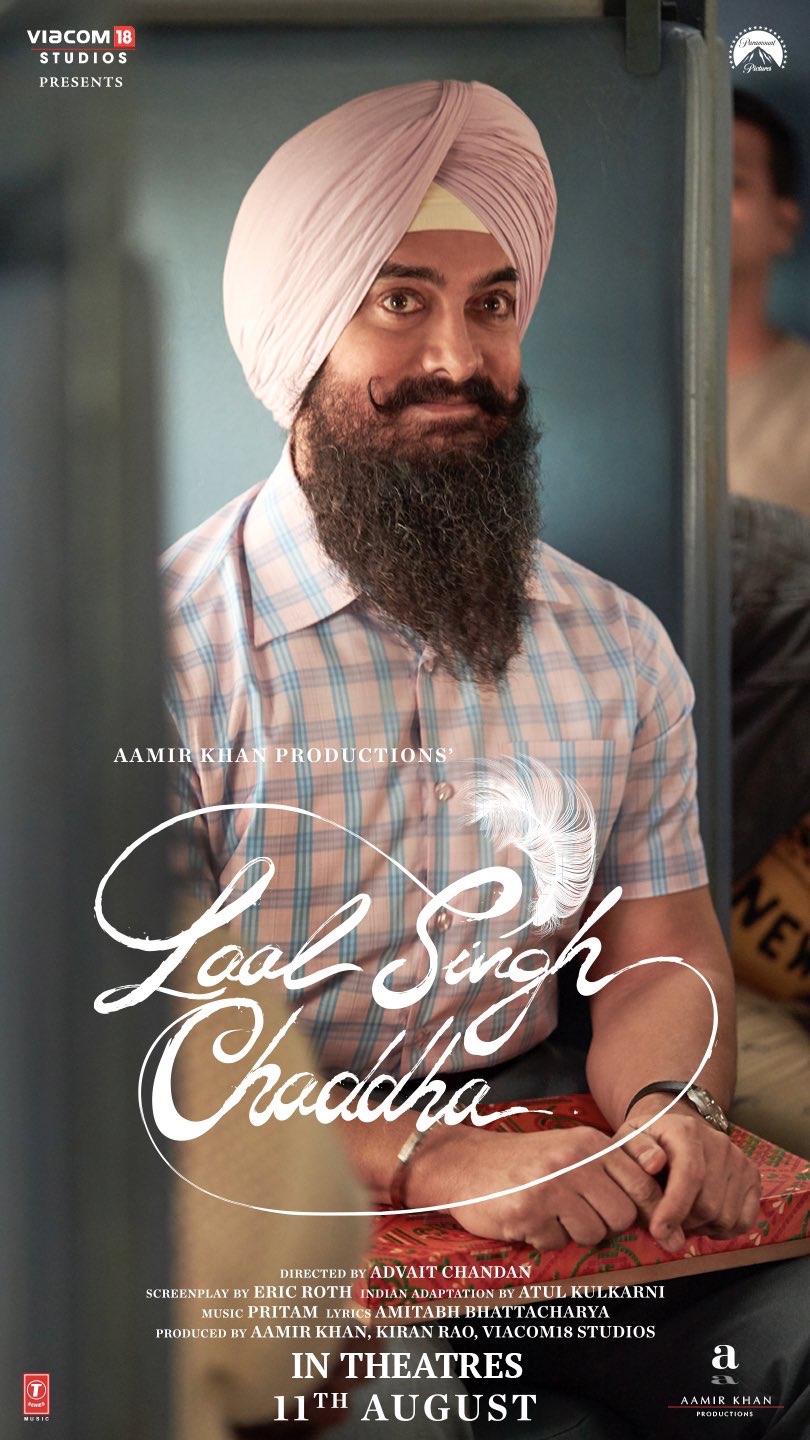 “Run Forest Run…”. This is the famous dialogue that ran through the minds of many Tom Hanks fans when they saw the teaser for Lal Singh Chadha, the Bollywood remake of Tom Hanks’ Oscar-winning film Forest Gump.

The trailer starts with Aamir picking up a feather withering through the air. It proceeds with his character saying, ” Meri mummy kehti the Zindagi golgappe jaisi hondi hai, pet bhale hi bhar jaave, Mann nahi bharta.” in the same line as the dialogue Tom Hanks says in the movie. “My mama always said life was like a box of chocolates. You never know what you’re going to get.” The trailer also covers Laal Singh Chaddha’s journey from being a differently-abled child to getting into the Indian Army and participating in Kargil War.

Aamir Khan is the only artist in the last decade who has maintained a consistent box office record and high quality of work despite minor setbacks. Insiders, general movie experts, and audiences will all agree that the actor is one of the few who understands the screenplay and what will appeal to the general public. However, after a 14-year battle to obtain the rights to remake Forest Gump and four years in the works, there has been customary social media hostility with nearly the association of Aamir Khan with the project and scepticism about the notion that such a beloved film is under consideration of being recreated.

Aside from political distress and antagonism, many in this country fail to realise that our social media bubble does not limit the world. Those who believe that even the most remote parts of this country have seen Forest Gump are naive. The truth is that the majority of this country has not seen the 1994 film, and Atul Kulkarni’s attempt to adapt the film to an Indian context, especially for those who have not seen the original movie, will be an exciting watch for those who have not seen.

Because the majority of the audience on various channels watches content from all over the world, our scepticism is reasonable because of how we relate to the original film and can draw parallels with multiple scenes from the Lal Singh Chaddha trailer; With all of the hype and rumours surrounding the film, as well as the anticipation of Aamir Khan returning to the big screen after four years, here are some aspects in the trailer that was and wasn’t particularly exciting or appealing to the majority of moviegoers.

The dynamic between mona Singh and the little Lal highlighted in the trailer is very wholesome and delightful. In the original picture, Sally Field’s portrayal of Forest’s mother and her continual reassurance to her child that he is just like the other kids struck a chord with the audience. Forest was always perplexed about why he was regarded as a black sheep and why he was treated differently, mainly because his mother believed in him as a self-sufficient, quote-unquote ‘Normal’ child. And, reasonably enough, the casting of the young Lal is excellent. In the teaser, the mother-son relationship appears solid and beautiful, laying the groundwork for the notable characters and explaining how Lal becomes the person he is. It is also refreshing to see Mona Singh on big screens as we see far too little of her.

People are going gaga over the music that has come out for the film. The movie fanatics trust Amir Khan to become the peacekeeper between t-series and Sonu Nigam for them to create magic again for the storyline where he is Amir himself is playing the lead. Music that feels like a warm hug and always makes you grin is required for a passionate feel-good story. Pritam has made a meaningful contribution to the ambience needed for a film like Lal Singh Chaddha.

‘Kahani’ and ‘Main ki Kara’ are lovely songs that will appear in the film’s narrative on key occasions. The tunes, however, are not your classic smash hits with the potential to go viral and become a trend-setter for a slew of Instagram clips. But the music is ideally suited to the film’s theme.

The scarcity of heartfelt and feel-good story-lines.

The trailer’s most appealing feature, especially for those who haven’t seen the original film, is that it doesn’t reveal anything despite celebrating Lal’s numerous accomplishments. It will astound people first introduced to the story and how it plays out on the big screen. The scarcity of films in Hindi cinema that fall into the category of feel-good movies is a farce. There is such a shortage of feel-good cinema that one can re-watch again and again.

We have become so conditioned to analyse, decipher, and dig deep into character and story-line movements as a result of the overabundance of bloody thrillers and biopics that we have missed out on cinema that allows us to be, and Lal Singh Caddha appears to be a chapter from that book; a heartfelt human story spanning decades of love and triumph.

The integration and approach of characters like Kareena playing Jenny Chaitanya playing Baba are refreshing to watch in the trailer. However, if there are more surprises to the supporting cast, it would be interesting to watch.

Let us get to brass tacks and how most people naturally reacted to the trailer. But then, it’s time to call attention to those jarring things that made viewers uncomfortable or be honest about what was missing from the trailer.

Many people have said that Amir Khan’s appearance in the teaser reminded them of past roles he has played, such as Samar’s stammering in Dhoom 3 and PK’s wide-eyed astonishment. The issue is that there is a belief or thought regarding the portrayal of differently-abled people and how, in the example of Amir’s character in the trailer, if you project sincerity, which a permanent smile and big eyes may represent, it will translate with the masses. But, in the trailer, it comes off as a caricaturish portrayal. Glimpses of Lal as a young boy and a more mature man with a beard still seemed believable, but the movie focuses on Amir’s clueless and animated version the most. In the trailer, it feels like Amir is overcompensating with theatrics and energy that takes away from the understated approach taken by Tom Hanks in the entirety of the film.

Regardless of all the theories based on the Lal Singh Chaddha trailer and the analogies to the original Tom Hanks’ Forest Gump, one can only wait and see the film to learn more. For those who haven’t seen Forest Gump, this film has the potential to be a wonderfully refreshing and feel-good story.

In the comment section, let us know what you feel about the movie and if it reminded you of the classic Forest Gump.