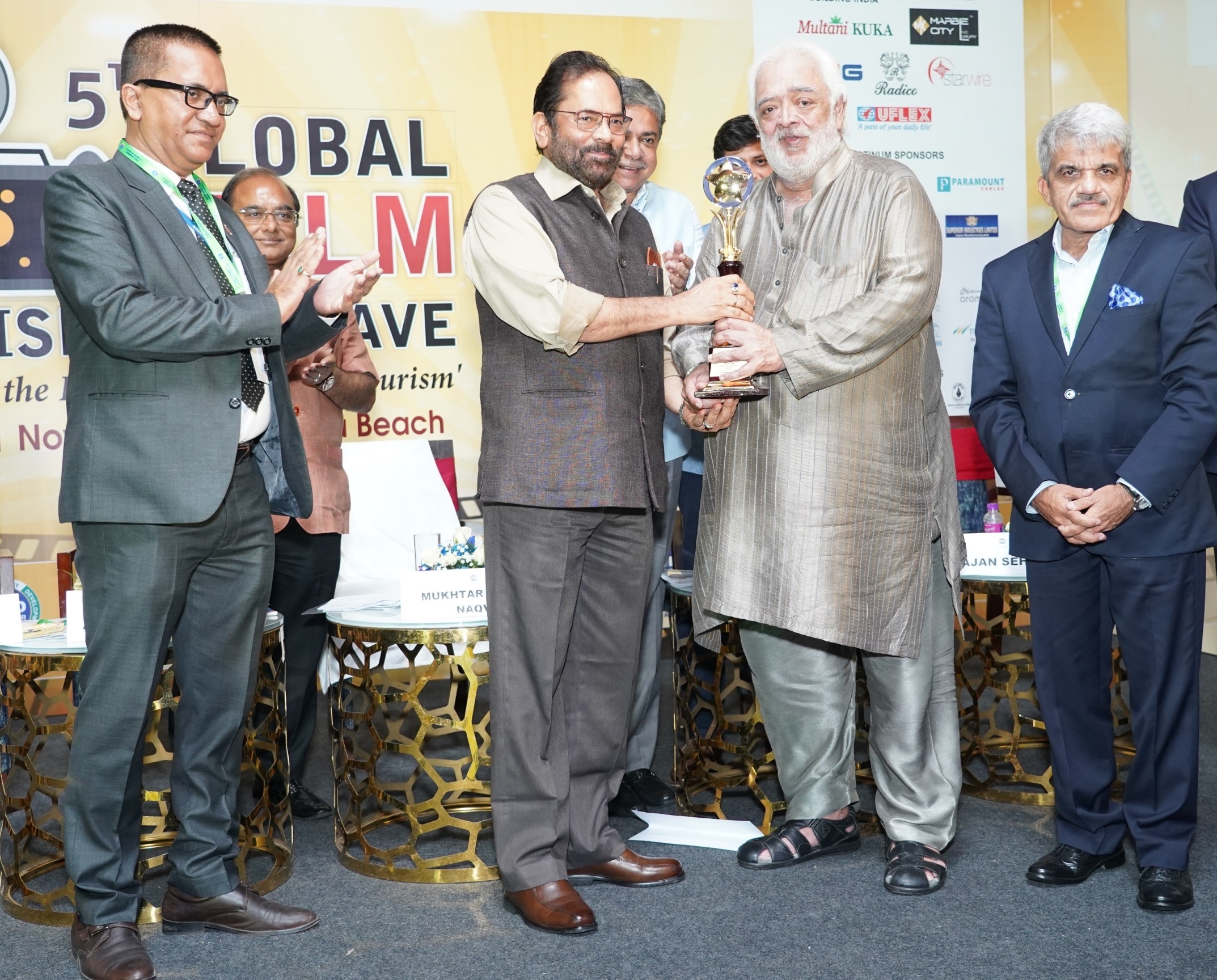 Film Tourism brings together the world of filming and tourism on a single platform making it mutually beneficial for both the industries. While the filmmakers and entertainment professionals get to explore exotic locations for shooting, the destinations become popular, reaching the public eye, inspiring travelers to visit the destinations shot in their favorite films, by their favorite film stars. Film Tourism also brings new product development options, such as location tours, film museums, and the theming of already-existing tourist attractions with a connection to movies.

The Global Film Tourism Conclave (GFTC) has been an annual program organized by Ph.D. Chamber of Commerce and Industry (PHDCCI) for the past four years, which witnessed its 5th Edition in Mumbai on 1st of July 2022, with a bang at Novotel Mumbai Juhu Beach in Maharashtra.

The 5th Global Film Tourism conclave happens to be a great initiative to bring new hope while it reinforces tourism and entertainment industries towards a new beginning post the covid 19 pandemic, creating synergies between Production Houses, Film Commissions, and Tourism Boards, giving opportunities to advertise their sites, incentives, and services to the Indian film industry through this platform.

The conclave saw the participation of eminent leaders, filmmakers, producers, directors, actors, singers, and entertainment professionals who came together to explore vistas in conversation with domestic and international tourism board authorities, who brought key insights on their various offerings such as incentives and rebates to facilitate shooting and filmmaking.

Mukhtar Abbas Naqvi, the Union Minister for Minority Affairs inaugurated the conclave as the Chief Guest in the presence of Arvind Singh (IAS), Secretary, of the Government of India’s Ministry of Tourism, as the event’s Guest of Honor.

Inaugurating the conclave Mukhtar Abbas Naqvi brought light to India’s immense potential as a destination that bestows diversified landscapes and natural resources, ideal for year-round shooting, which makes it an ideal destination for global filmmakers.

Addressing the film industry, he said that Films are an important pacesetter for society and should have a local approach to reach out to the local audiences, which can lead to a transformation and economic development of the society. He also urged the industry members and other stakeholders to work together with the government in this journey to build up a strong and resilient environment for Film Tourism to grow at a faster pace.

Arvind Singh (IAS), Secretary, Ministry of Tourism, Government of India, threw light on the provisions made by the Ministry of Tourism enabling the states to prepare suitable policies to facilitate shooting permissions with single-window clearances for film projects and provide necessary incentives to attract filmmakers. The Ministry also recognizes such efforts through the National Tourism Award given each year under the category ‘Most Film Tourism Friendly State. He also stressed that India needs to step up its efforts to attract foreign filmmakers, as it is an ideal destination to shoot movies with its diversity of locations, lower costs, skilled yet inexpensive manpower, and plenty of local talent.

Ravinder Bhakar, the CEO, Central Board of Film Certification (CBFC) & Managing Director, National Film Development Corporation (NFDC) addressing the occasion, threw light on the process of making the shooting process easier in India by granting permissions more easily to both domestic and international filmmakers. He brought to light how the Indian Government is working on incentives and packages for the film industry for increasing distribution bandwidth and promotion of tourism. He highlighted the concerns of exploitation of destinations and natural environments which needs to be treated with sensitivity while shooting by the filmmakers.

Dr. Sujit Kumar Dutta, Secretary, Animal Welfare Board of India, talked about the necessary sensitivity required to shoot in natural environments and especially with animals and how films have a great impact on society, so cruel and harsh scenes must be avoided. He also sighted on rules and regulations, along with significant initiatives and schemes for the industry which are being made to make process and shooting easier and convenient for the Filmmakers.

Rajan Sehgal, Co-Chair – Tourism & Hospitality Committee, PHDCCI, layed importance on how several destinations have gained popularity through film tourism gaining tourist influx and being chosen as a location for domestic and international cinema. He also highlighted on major issues faced by Filmmakers in India, due to the non-availability of a single-window clearance facility for all filming permissions, which needs to be addressed.

Today, many countries and their tourism boards are targeting Indian filmmakers to showcase their destinations and attract tourists. On the occasion, both domestic and international tourism boards showcased incentive programs along with giving insights on some of the most unexplored destinations for filming in their respective destinations. The conclave included presentations from Chhattisgarh, Hungary, Jammu & Kashmir, Madhya Pradesh, Norway, Poland, Saudi Arabia, Spain, and Turkey Tourism. An exhibition platform was also provided to the destinations and private organizations to present their sites, tax benefits, and other services in addition to the panel discussions.

The Conclave included a panel of discussions on the ‘Advancement of Film Tourism in both India and other nations’. The panel saw participation from Dharma, Red chilies productions in conversation with representatives from Poland, Norway, and Spain tourism. The producers highlighted on their requirements while they also sighted instances of how international tourism boards have provided them with the necessary equipment, manpower, and incentives in the foreign land making it much more cost-effective, and how well this synergy works to create a cinematic masterpiece. While the tourism representatives discussed and offered incentive programs inviting them for filming in their respective destinations.