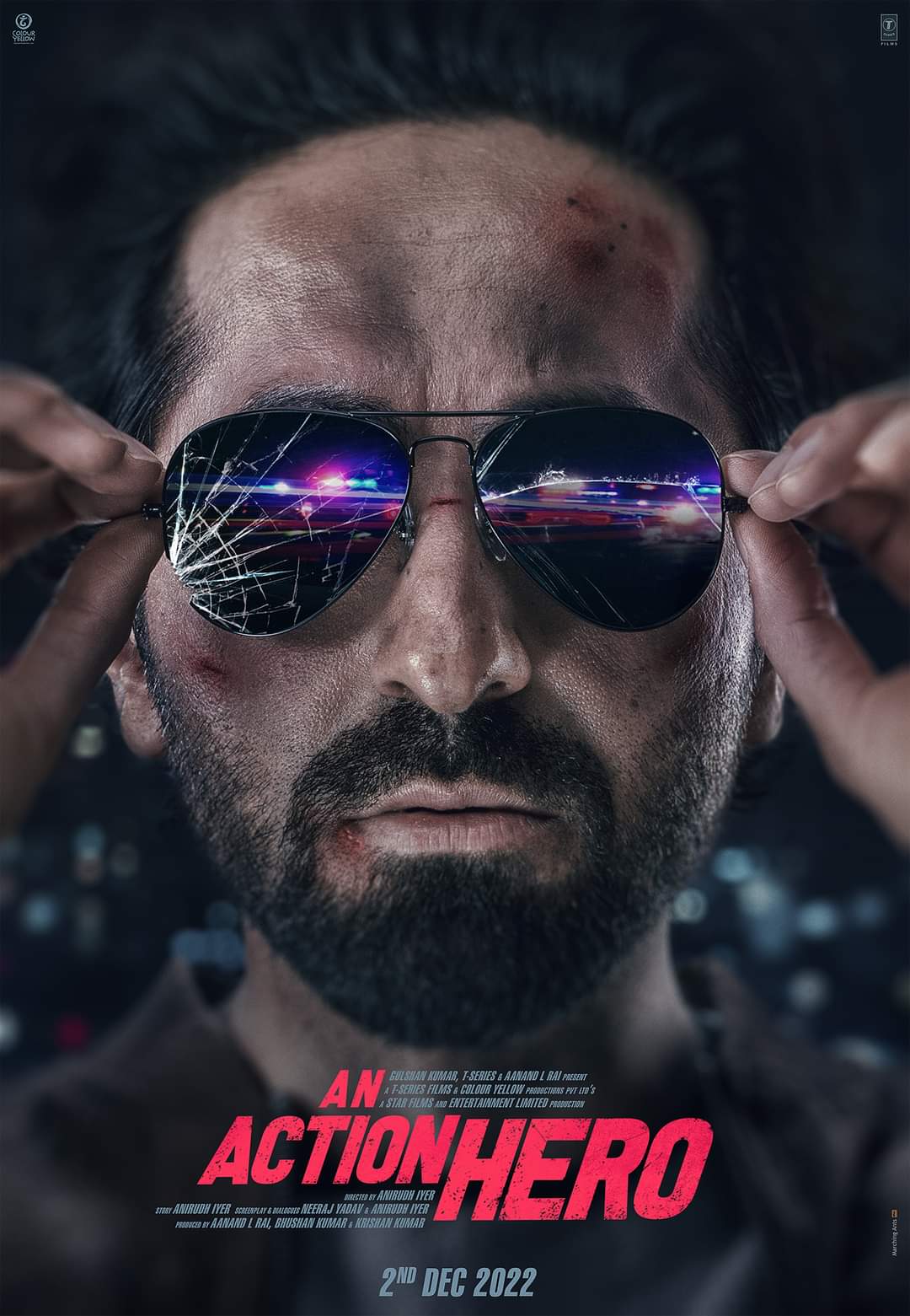 Ayushmann Khuranna is known for his consistency as an actor, who never lets you down be it any role he undertakes, and ‘An Action Hero’ is no different. The actor yet again has proved his metal while he smoothly enters the action realm with panache, literally flexing his muscles on screen, and delivering some challenging stunts…writes Dr. Priyaankaa Mathur.

Director Anirudh Iyer’s debut film An Action Hero revolves well around the unpredictable side of fame. The film is a fast-paced roller coaster ride of a Bollywood superstar Maanav(Ayushmann Khuranna), who is an action hero, a popular youth icon, and a heartthrob, who’s caught up in a real-life situation, thus changing the whole world around him overnight.

Maanav is a flamboyant superstar, who carries a lot of attitude up his sleeves. He has a cool demeanor and needs to work hard to get angry in his action sequences, and this day is one such day. While he tries hard to get angry, until his manager gets on to his nerves, aggravating his anger, and he ends up beating the hell out of his opponents in the scene.

Maanav gets into trouble when a political fanatic Vicky Solanki reaches his film shooting location in Haryana, seeking a picture with the star for his political propaganda, while Maanav refuses to be clicked until his shoot gets over. Maanav wraps up the shoot and drives away forgetting to take the picture. The goon follows him in all anguish and manhandles him, and dies accidentally in the brawl. Manav has no option, but to abscond to save his image.

The film captures well the sad state of the Indian political system, media, and even the police. Bhoora the antagonist (Jaideep Ahlawat) comes to know about Vicky’s demise and blames Maanav for his brother’s death, who is the chief suspect. The film showcases the rowdy nature of Indian politicians, while Bhoora dares to slap a police inspector and even dares to ask him to strip in public and remain undressed till the time he comes back. Then, begins the cat and mouse chase for revenge, while Bhoora wants to kill Maanav.

The screenplay transforms into a great climax while a superstar undergoes a transformation from a reel action hero to a real action hero, which life and the trying times taught him, while he fights for his life. Maanav receives a backlash from the public and is subjected to media trials which make the issue volatile. The whole nation abuses him as a murderer and a cheater leading to public protests and boycotts. For some, he becomes a gold mine to dig for money and to clear their image.

The film is a juicy revenge story with a compelling narration co-written by Neeraj Yadav and Iyer, which is well-maintained till the end. There are many characters and elements which keep you hooked till the time all goes well. Ayushmann Khuranna and Jaideep Ahlawat have performed parallelly and kept you waiting for what comes next.

Ayushmann Khuranna convinces yet again for his versatility, while he attempts to act differently this time, playing an action hero instead of his usual roles. His character has ample layering from being a flamboyant superstar to becoming an ordinary man who just runs to save his life. While you can see a definite physical transformation in Ayushmann with the rigorous training the actor has gone through, which shows up on the screen, while he performs some tough stunts and fight sequences flexing his muscles. Jaideep Ahlawat is best in his form playing a rough Haryanvi goon and a politician, who can go to any extent to boost his ego.

Malaika Arora and Nora Fateh Ali do add that glamour to the plot with the song ‘Aap Jaisa koi’ and ‘Jehda Nasha’ making it a good masala film with some amount of satirical humor, instant comedy, and slick action sequences, with a drama going at the backdrop, which makes it at least a one time watch!