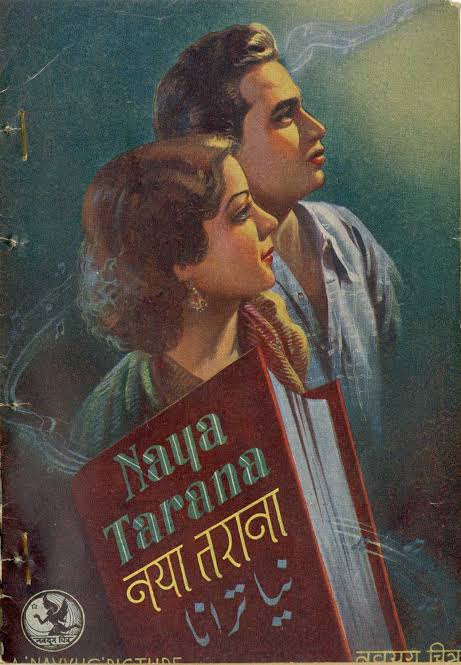 In the span of the last 75 years, Indian cinema has seen a drastic change in terms of themes, content, technique, and universal appeal. On the occasion of India’s Independence Day, Filmifiles brings to you the journey of the Indian film Industry, which adapted the art of filmmaking from the West. Today Bollywood films have created a unique identity in the world cinema bestowing a global presence and popularity, while at the same time they compete with western productions in many ways.

Cinema is a reflection of a society and the country’s inherent culture, tradition, values, social struggles, and Indian cinema too have been instrumental in portraying the essence of the Indian society across different eras. Many generations of filmmakers, actors, directors, musicians, writers, and technicians have contributed in bringing in the change in the world of film making from the pre Independence era till today, which continues…

It was the father of Indian cinema Dadasaheb Phalke,who made the first Silent Film Raja Harishchandra in 1913 in the pre- Independence era. While he watched the British film ‘The Life of Christ’ at a theatre in 1906. At that very moment, an imagination came across his mind about the portrayal of Indian Gods and Goddesses and he decided to make a film. Phalke was a firm believer in the Swadeshi, nationalistic philosophy, and advocated that Indians should take charge of their economy. Thus, he immediately went to London and learned the filmmaking techniques. He founded the Phalke Films Company in India and imported all the hardware and equipment required to make a film, after his return.

The film Raja Harishchandra is considered the first full-length feature film which starred Dattatraya Damodar Dabke in the lead role along with Anna Salunke, Bhalchandra Phalke, and Gajanan Vasudev Sane, comprising of an entirely male cast, who also enacted the female roles. Raja Harishchandra was premiered at the Olympia Theatre in the then Bombay and had its theatrical release on 3 May 1913 at the Coronation Cinematograph and Variety Hall, Girgaon. The film bagged a huge commercial success, thus setting up the foundation for the Indian film industry. Certainly, then, Dadasaheb Phalke must have not thought that he had set the stepping stone of the world’s largest film industry.

The pre- Independence era saw great epics and mythological  films like Satyawan Savitri, Lanka Dahan, Shri Krishna Janma, and Kalia Mardan. These silent films stressed the spread of moral values in the society, as preached in the Indian epics.

Dadasaheb Phalke was a revolutionary in both thought and deeds. After receiving a stupendous success of Raja Harishchandra he introduced the first woman actor Kamalabai Gokhale in his film Mohini Bhasmasur in 1914.

Eventually, Indian Films steadily gained popularity across India and many young producers began to incorporate elements of Indian social life and culture into cinema. Many tried to bring in new ideas from across the world and eventually, the global audiences and markets soon became aware of India’s film industry.

The film Alam Ara produced by Ardeshir Irani of Imperial Film Company brought an end to the silent era of Indian cinema, as now it began to talk, sing and dance. The film Alam Ara was released on March 14, 1931, which came as a delight to the audiences, being the first film with a soundtrack.

Eventually, Mumbai became a hub for film production companies and production units. This era saw many hit films to include Madhuri, Indira, Anarkali Devdas, Miss Frontier Mail. In 1933, East India Company produced its first Telugu film, Savitri which received an Honorary Diploma at the 2nd Venice International Film Festival. In 1934 the Bombay Talkies opened, while the Prabhat Studios in Pune began the production of Marathi films.

Venting out the Civil Disobedience

During the Freedom struggle of India, Indian cinema became a channel to showcase the voice, opinions, and outrage against the British Raj. While the Indian nationalists and freedom fighters demanded the independence of the country from the British, our film makes fought the battle against the haughty British Empire in their own way. Around two dozen films were released between the years 1921 and 1947 to include Apna Ghar, Naya Tarana, Prem Sangeet, and Amar Jyoti, which inculcated the feelings of patriotism among the citizens of India. Even the Film songs of that era featured lyrics that were considered inflammatory or offensive by the British such as ‘Charkha Chalao Behno'(Spin the wheel) in Aaj ka Hindustan and ‘Chal Chal Re Naujawan’ from the film Bandhan. In fact poet, Pradeep and music composer Anil Biswas were arrested for the song ‘Door Hato Ae Duniyawalon Hindustan Hamara Hai’ from Kismet since the song ignited patriotic sentiments against the British.

Filmmaker V Shantaram was yet another master Craftsman with a distinct style of filmmaking who portrayed social concerns and issues like poverty, caste system, religious bigotry, and women’s rights in his films. His films like Amrit Manthan generated wide debate towards the violence of Hindu rituals, or Dharmatama which dealt with orthodoxy and caste system, while Amarjyoti brought to light the oppression against women, giving the power to the protagonist to take revenge, thus post-independence, cinema became a vehicle for addressing social ills.

The 1940s to the late 1960s is considered the golden era of Indian cinema since this period saw the emergence of the Parallel Cinema movement. Mainly led by Filmmakers like Satyajeet Ray, Ritwik Ghatak, and Bimal Roy from Bengal, these Filmmakers brought a movement that portrayed social realism. This era saw Films like Nagrik and Do Bigha Zamin, which laid solid foundations for ‘Indian Neorealism’ as the new Indian wave.While, Satyajeet Ray’s The Apu Trilogy and Pather Panchali,established the youthful coming of age dramas, making India’s entry into the world cinema. These films won several awards and were screened across major film festivals.

In the 1950s the Commercial Hindi Cinema also began thriving, with films like Pyaasa, Kagaz Ke Phool, Awaara, and Shree 420. These films dealt with the working urban life in India, presenting the cities as the places to fulfill one’s dreams and also as nightmares while they displayed the struggles of the newcomers. This era also saw many films portraying strong women protagonists in the films like Pakizaah, while the Epic Film Mother India,defined the conventions of Indian cinema for decades, spawning a new generation of Dacoit films. The audiences connected with these stories and the protagonist so well, making them some major examples of the golden era of Indian filmmaking.

This era also brought with it crime dramas like Ganga Jamuna and reincarnation stories in Madhumati which were adapted from the western popular culture. While Dilip Kumar became the biggest movie star of this era, he became a pioneer of method acting in India while he followed Marlon Brando who inspired many Hollywood actors. Similarly, Dilip Saheb inspired Indian actors, including Amitabh Bachchan and Shahrukh Khan amongst many others.

By the early 1970s, Hindi cinema reached an industry status and got its name ‘Bollywood’.The films now portrayed the rich,desirable affluent indian society, while they depicted love and romance. The films in this era got dominated by many musical romance films like Aradhana, Kati Patang, Amar Prem, and Silsila. Silsila became the epitome of romance and cinematography as Yash Chopra shot it in Switzerland, taking a major leap in the world of filmmaking in India, which became global thereafter. This in turn opened ways towards international recognition for the Indian actors, directors, and producers of the Indian film industry who today have a global stature and recognition.

Rise of the Masala Films

The late 1970s eventually started experiencing a thematic stagnation with the Romantic films. It was then that the screenwriter duo  Salim- Javed revitalized the industry establishing this new genre. The masala films took inspiration from the underworld crime which gave rise to discontent, urban poverty, corruption, and brought the gritty and violent crime films in vogue. Films like Zanjeer, Deewaar, Amar Akbar Anthony showcased Amitabh Bacchan as the angry young man, who gave voice to the poor. The Masala films combined the elements of action, comedy, romance, drama, melodrama, and music and dance,which made Amitabh Bachchan the biggest Bollywood movie star of the period.

The 1980s became the era of fantasy, while the action hero became the gods of the silver screen with all the power in the world, the heroines lost all their strengths as they became the glamorous props.They romanced dancing around the trees, and were eventually kidnapped or rapped as part of the plot, while the hero fought till he won in the end.

Although globalization is the gift of the 20th and 21st century, Indian cinema perhaps began to recognize its incoming much earlier. The legendary filmmaker Raj Kapoor depicted a multinational and multicultural identity in his song ‘Mera joota hai Japani, Yeh platoon Englishtani, Sar pe lal topi Roosi, Phir Bhi Dil hai Hindustani’ which showcased the globalized face of an Indian identity, with a reflection of the world outside, yet being an Indian at heart.

The 1991 economic reforms, resulted in privatization, liberalization, and globalization. During this period Bollywood saw remarkable changes like many international production houses began to invest in Film making. This resulted in many local and international joint productions and collaborative film projects, while there also began a trend of individual co-productions with direct investment. This saw an increase in production budgets, while the films were shot abroad and released worldwide. The highly advanced Information technology and digitalization further widened the global reach of Indian films which increased the global film market, leading to a huge boost in the revenue growth of the Indian Film Industry.

Bollywood has imported technical expertise from overseas, enabling the creation of special effects like VFX in many Gen X Bollywood films like Ra-One Krissh, Koi Mil Gaya. These films have been inspired by Hollywood blockbusters and western themes, which cater to the younger generation of tech-savvy audiences. While, many Bollywood films like Wake up Sid, Yeh Jawani Hai Deewani, Zindagi Na Milegi Dobara delve into the minds and choices of the youth of today showcasing the kind of relationships they dwell into, their dilemmas,  friendships, their travel and exploration choices, and global lifestyles, all resonating to the spirit of emerging global trends in the Indian films.