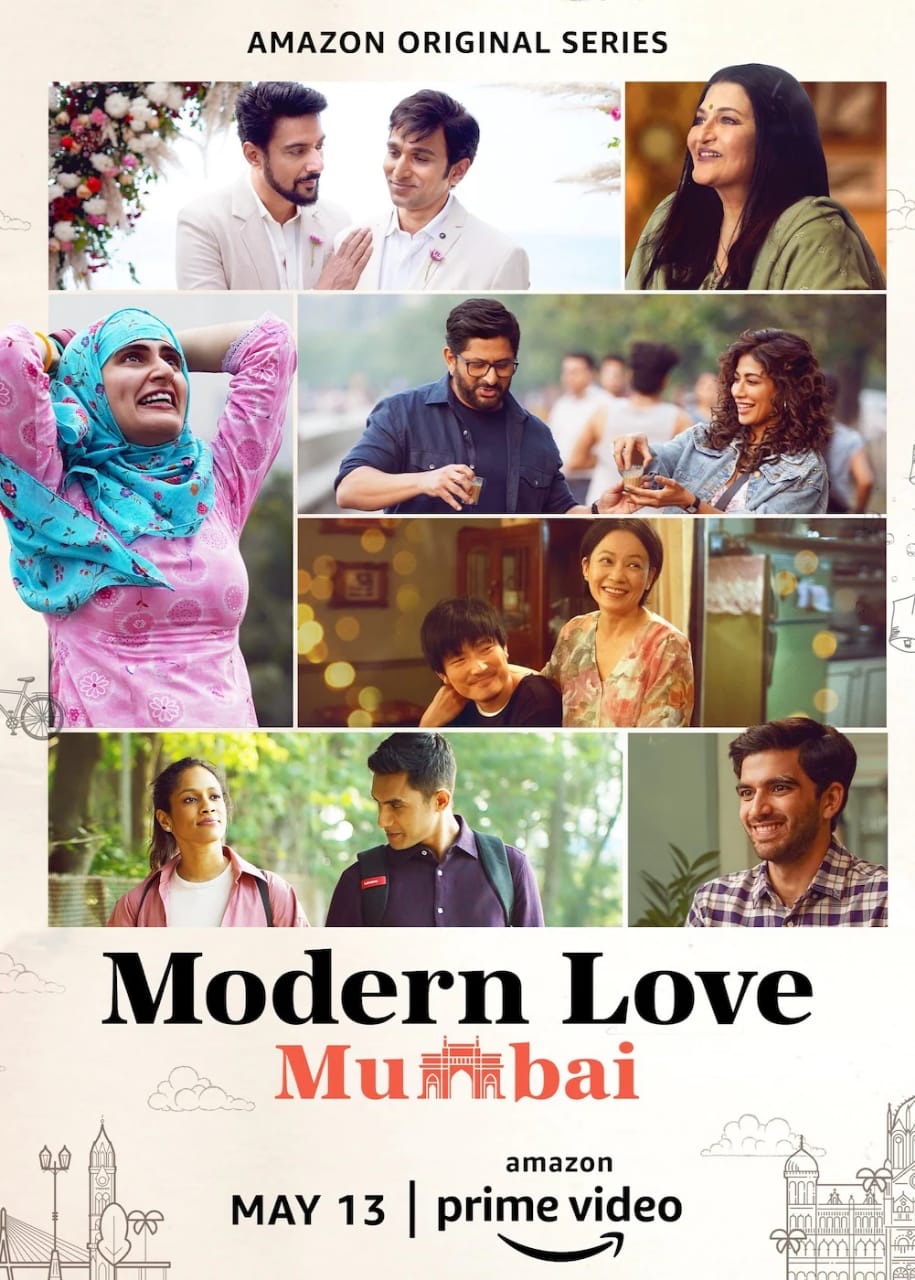 Okay, so it’s summer and everyone needs a refreshing break from the heat. What better option do you have than indulging in a cool and refreshing series. The perfect melange of cool and warm is the essence of a brand-new love series called Modern Love: Mumbai released on Amazon a few days ago.

Why is it warm? Because it tells us that love is the most endearing emotions of all, that keep us humans sane. As far as ‘cool’ is concerned—it tells us to get a life and stop judging people for who they love or how they love them.

Sometimes, it takes more than just a story to understand love. In this series, we know that love isn’t that simple as we come face to face with a bunch of sweet yet corny characters portrayed in a lovely anthology that captures the different shades of this rainbow called love. If anything, they are like our mirror reflections, facing the same sort of issues we face with our lovers, prospective dating partners, spouses or crushes.

Breaking down Modern Love: Mumbai isn’t as simple as talking about its six main characters. The series bring us close to what essentially makes for a perfect 21st century romance—a bitter-sweet tale wrapped up in a modern twist. And when it comes to Mumbai’s dreamy locale, how can love not be enough? However, as the series shows us, love is not enough. Not always. Our lives are so messed up sometimes that love alone cannot save us. But yes, it is love that keeps us strong enough to cross over these so-called hurdles of life.

MLM is a six-episode series entailing six flawed yet lovable characters. The show portrays them as having different roots, history, cultural background, ethnic identities but bound by one common thing that essentially makes them the same—love. Each love story is woven with some inherent foibles, but then that’s the whole point of the series. The characters are down to earth, relatable and do a wonderful job in jostling the funny bones in you.

The series opens up with a vivacious Kashmiri woman to uplift our spirits. It’s a great way to start a series about love, by telling one of the most heartfelt stories in the whole series. The episode Raat Rani portrays Fatima Sana Shaikh as Lalzari, fondly named as Laali. Laali discovers that her security guard husband Lutfi (Bhupendra Jadawat) abandons her one morning. Apparently, he wasn’t very happy in the relationship (maja nahi aa raha). The nimble and petite Laali is heartbroken. While seeming a bit needy in the beginning, Laali turns into this free-bird in no time and begins exploring the streets of Mumbai in her bicycle solo. You will be surprised at one point when she ends up smiling joyfully during one of her breakdowns. She screams ‘I’ve crossed the flyover’. The flyover has both literal and symbolic meaning here. By flyover—Laali means she has crossed the hurdles of society—and has adopted a new look towards life. At this point, you can’t help but admire her suddenly achieved freedom.  This is the moment when you fall in love with this character. In the absence of her husband, she gets her roof fixed, eats ice-cream alone, rides a bicycle on her own, starts selling Kahwa tea, and most importantly, finds true happiness. In short, she has crossed over the flyover of all societal inhibitions.

The second episode Baai narrates the story of Manzu (Pratik Gandhi), a gay man belonging to a conservative family. The story touches the chords of your heart with its intimacy and ‘love knows no gender’ sort of treatment. It’s refreshing and daring, and Pratik Gandhi’s acting is believable. However, my most favourite is episode 3—Mumbai Dragon. Vishal Bhardwaj brings together two subtle forms of love, a mother’s yearning for her independent son and a girlfriend’s struggle to find a place in her boyfriend’s life shadowed by an overprotective mother. Vishal impresses us with the comedy scenes, a neatly done screenplay, and an excellent storytelling. Sui (Yeo Yann Yann) as a descendant from China and a doting mother to Ming (Meiyang Chang) outshines with her brilliant performance in this episode. Megha (Wamiqa Gabbi) as the bubbly girlfriend seems adorable as well. The trio’s story is both funny and delightful. Breaking the barriers of different cultural roots, Mumbai Dragon shows the love of a mother for her son and a dedicated girlfriend who inspires her struggling boyfriend to achieve success by constantly working hard and never giving up. This one really touches your heart.

My Beautiful Wrinkles tells the story of a woman Dilbar (Sarika) in her late 50s who has just discovered that her 30-years junior student has some wild sexual fantasies about her. More intrigued than shocked, she takes the path of facing the demons than shying away from the truth. When Dilbar knows about Kunal’s (Danesh Razvi) fantasies about her, all those bottled-up sexual fantasies find a channel to unleash themselves. Dilbar’s take on the whole thing: it’s okay to fantasize about someone, as long as you don’t ruin the whole relationship. This also gives Dilbar a chance to recover from the ghosts of her past and embark on a path of re-discovery. This episode is a reminder to all the people who are unable to forget a painful incident that life is all about making the move and letting go of the past.

Some other episodes while warm, are not as endearing as these ones. But each one offers a fresh take on love. Whether it is Dhruv Sehgal’s I Love Thane or Cutting Chai of Nupur Asthana, we see relatable characters and performers who do their job wonderfully. In Cutting Chai, the lovey-dovey marriage between Arshad Warsi and Chitrangada Singh as Latika is sometimes marred by marital discords that are palpable. Latika’s journey as a young woman who is caught between chasing her dreams and managing a family is convincing.

This remarkable journey of 6 different characters, each one with a deeply impactful story, a secret, a regret, and a dream is portrayed realistically in this series. The series reminds us to take a step back and not box love into one universal category. Love is diverse and ever-pervasive. At its heart, MLM is more than just 6 interwoven love stories. It is about finding our passions, experiencing freedom, relieving ourselves from inner guilt and much more. A must watch for a refreshing break, and you can recommend this show to anyone who wants to have a light chuckle or a sigh of ‘I know that feeling’ this summer.