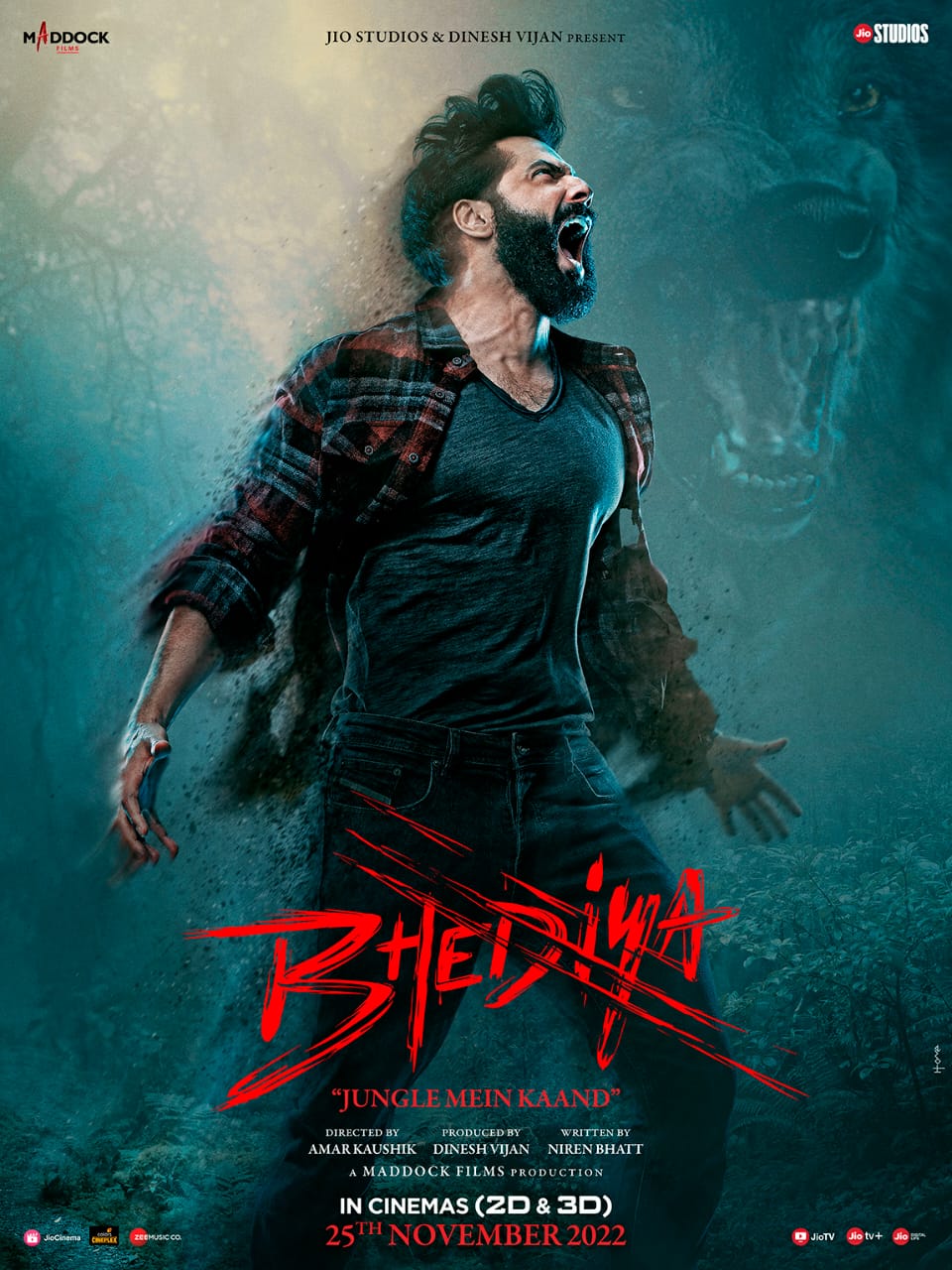 ‘Bhediya’ depicts a legendary mythical creature the ‘Werewolf’ (Vishanoo), which is deeply rooted in the forest tales of Arunachal Pradesh, while the film brings with it an eerie feeling of what if the fantasy goes real. The film showcases the human-animal conflict, reflecting on how nature can stand for itself if humans just can’t stop being ruthless to it. The film is just not a werewolf in London kind of a story, it’s integrated with a very relevant subject…writes Dr.Priyaankaa Mathur

Directed by Amar Kaushik ‘Bhediya’ boasts a stellar cast including Varun Dhawan and Kriti Sanon in the lead roles, along with Deepak Dobriyal, Abhishek Banerjee, Palin Kabak, and Arnob Khan Akib.The writer Niren Bhatt has weaved well to build the screenplay with the ancient folklore of Arunachal Pradesh, about how a human is transformed into a werewolf, as and when nature needs it for its protection.

The film firmly establishes the tale rooted in the folklore and traditional beliefs of the northeast and the people of the forests and hills, who lived there for centuries. The film builds on a 120-year-old myth and legend of a werewolf, who emerges by transforming a human into a wolf, after being bitten by a wolf on a full moon night. The mysterious creature is believed to kill those who intend to destroy the forests and natural habitats.

Baskar (Varun Dhawan) works for a construction company and is sent on a project to Arunachal Pradesh to build a road cutting through the jungles, along with his cousin Janardhan (Abhishek Banerjee). While they are received by a local friend Jobin (Palin Kabak), who introduces them to the local people, they convince the youngsters giving them the dreams of a beautiful modern city with all amenities, and eventually succeed in manipulating the tribals, forest officers, and farmers to cut a portion of the forest to build the road.

Bhaskar and Janardhan mock the local culture, language, and beliefs about the forests. While they are on their way back through the jungle on a full moon night, their car hits a wild buffalo (mithun), breaking down the car in the middle of the jungle. While Bhaskar tries some pranks to scare the other two, he faces the horror of being chased by a wolf. Although he manages to climb a tree, the wolf still gets hold of him and bites him. Jobin takes him to a veterinary doctor (Kriti Sanon) to avoid any speculations from the villagers.

Then begins a series of animal attacks on the villagers, while all those associated with the construction project are killed. Bhaskar wakes up every morning in the middle of a jungle, half naked with blood all over his mouth and body. He becomes extra sensitive to smells, tastes, and sounds unless he and his friends realize that he becomes a werewolf himself on every full moon night.

Bhediya just not a werewolf in London type of a story, it’s integrated with a very solid subject and a purpose behind it.The film blends the fantasy brilliantly with the contemporary issues of wildlife and nature preservation, but also brings a thought-provoking moment on the issues of diversity, language, identity, and culture in the context of the northeast, as stated by Jobin, who outbursts on Janardhan about this generalization on the people of the northeast, who face being called as Chinky’s (slang for Chinese) which is indeed offending to them. Although the film shows a great friendship among the three with instant comedy and brilliant punchlines, which add some lighter moments to the plot.

While the transformation into a wolf and the creature itself look quite real showcasing some brilliant usage of VFX technology, which is the soul of the film. Varun Dhawan has indeed shown some guys by attempting the role to transform into a shape-shifting wolf, which certainly represents his hunger to experiment and attempt something out of his comfort zone, wherein some scenes require a lot of animal anguish and power. While Kriti plays a dumb veterinary doctor, her performance did not resonate much and needed more thought and layering into her character. Overall a good film for a one-time watch with great locations and scenic beauty of the unexplored vistas of Arunachal Pradesh.