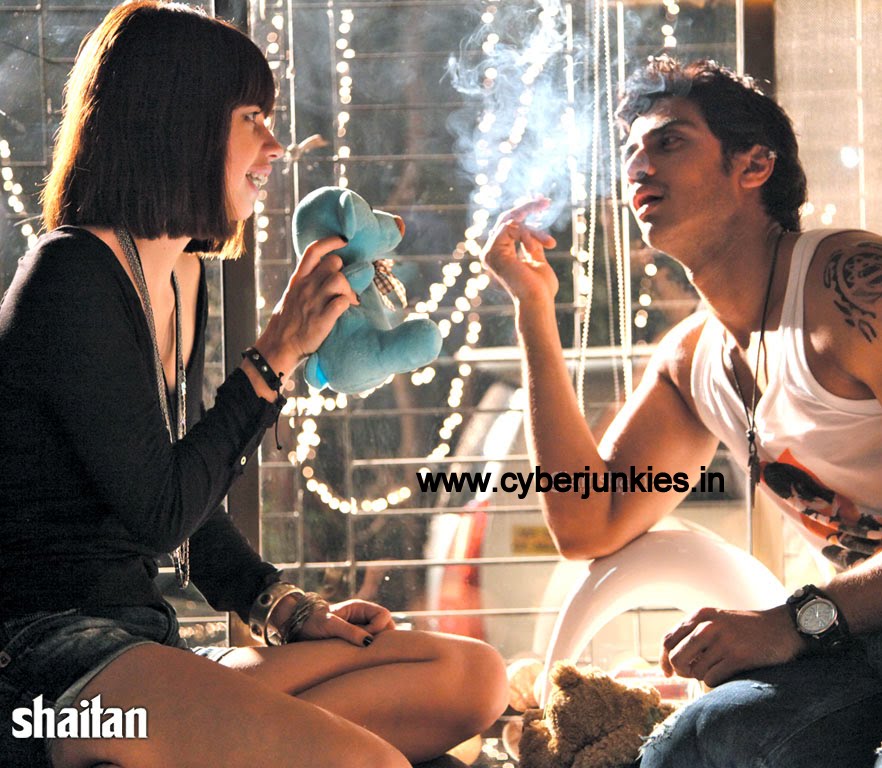 One has to give Anurag Kashyap some credit. The maverick filmmaker is not only brave but also knows the pulse of the audience. After backing a real hard-hitting ‘Udaan’, Kashyap now presents debutant director Bijoy Nambiar’s ‘Shaitan’.
Set in Mumbai, the film is about five rich kids who live life on the edge. It is the story of Amy (Kalki Koechlin), who comes to Mumbai from LA and meets a group of rich young reckless people. Amy has a troubled past and doesn’t mind living life on the fast lane. The group has a nice time together, driving fast cars, and always in search of a high. So much so, that they slowly edge towards a world of crime and violence, all in the name of fun.
The film is definitely not your run of the mill college romance. In fact, it narrates the story from a very different perspective. It provides a dekho into the sub-culture of metropolitan twenty-something’s. Amy and her friends while away their time doing unusual things. They do drugs, take bizarre risks, conduct petty heists and race cars, until one day things go horribly wrong.
The entire ensemble cast performs well in their respective roles. Rajeev Khandelwal outshines as the cop who is following the maverick’s case. A special mention to director Bijoy Nambiar who dares to narrate a realistic story.
So what are you waiting for? Go and watch this film, and as the tagline of the film says, ‘unleash the shaitan within you’.