After entertaining their fans with their acting skills many Bollywood celebrities have donned the writer’s hat and bared all in the book about their personal lives. These books written by the famous Bollywood celebrities not only became quite popular but also helped them connect with their fans at a more personal level.  Fans can catch several stories and interesting anecdotes in the books that are interesting to read. Some of these books emerged highly popular and gained massive readers. These books by celebs manage to attract both book lovers and film lovers. Below are some of the books that became quite a rage:

Rishi Kapoor: Late actor Rishi Kapoor had written his autobiography “Khullam Khulla: Rishi Kapoor Uncensored” and did complete justice to the book as per the title of the book. The shocking revelations made in the book not only caused ripples in the industry but made some of the yesteryear actresses uncomfortable. Fans loved the string of revelations tumbled out of the Rishi Kapooor’s “tell-all” memoir.  Rishi impressed his fans with his storytelling and candour. The memoir appeared to be straight from his heart. The late actor went on to make several confessions in the book. The actor did not feel hesitant a bit about divulging Raj Kapoor’s extramarital affair with veteran actresses Vyjayanthimala and Nargis. In one of the chapters of the book, Rishi has written words of praise for his wife Neetu and said that she has done it amazingly without forcing him to change and patiently put up with his moods and whims.

Priyanka Chopra: Priyanka Chopra released her memoir Unfinished earlier this year. The book recounts her 20 year journey in the film industry. Priyanka also narrated her personal life, her regrets, her personal sorrows, and her romance with her pop star hubby Nick Jonas. Priyanka revealed how she faced racist bullying when she was barely 12 years old in the USA. And, when the bullying became difficult to bear she returned to India. The actress claimed that when she returned to India she got healed. Priyanka confessed that she experienced regret and guilty over promoting skin lightening products as the issue severely affected scores of women in India.

Neena Gupta: Neena Gupta’s autobiography ‘Sach Kahun Toh’ launched recently this year. The actor talked about her life experience and shared lesser known facts from her journey.  The book is quite in news for some shocking revelations made by the author such as Satish Kaushik proposal to marry when she was expecting her daughter Masaba. The actor got married to a man from IIT while pursuing her M.A. Sanskrit and later they got divorced. The struggles of being a single mother in Indian society to making her way into the industry. The book talks about battling stereotypes in a conventional society. 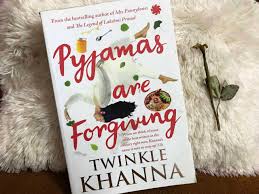 Twinkle Khanna: Late actor Rajesh Khanna’s daughter and Akshay Kumar’s wife Twinkle may not have found success as a heroine but she proved her prowess as a writer and an interior designer. Twinkle Khanna’s work has received appreciation from various corners. It includes her non-fiction book “Mrs Funnybones, short stories book “The Legend of Lakshmi Prasad”, and her debut novel namely “Pyjamas are Forgiving”.

Kabir Bedi: The actor’s autobiography “Stories I Must Tell: Emotional life of an Actor” reflects his journey from Delhi to Hollywood.  It contains the account of his several relationships, the heart-wrenching description of his partner and late actress Parveen Babi’s psychotic disease, and the suicide of his young son, among others. He revealed how the family battled with an unknown ghost in USA that his son used to see when he was battling schizophrenia. He revealed how his relationship ended with his late wife Protima Bedi. He claimed that they did not begin with an open relationship and amid infidelities on the both sides the relationship could not work that led him to begin his relationship with Parveen Babi. The actor left his fairly promising job in an advertising company in Delhi to do films. He suffered several obstacles in the industry and at one point of time was left penniless. He became one of the top stars in Italy and Europe overnight. He divulged in his autobiography that he started at the top in Europe and started at the bottom in America.

Emraan Hashmi: The talented actor wrote his book namely “The Kiss of Life- How a Superhero & My Son Defeated cancer. The actor’s little son was diagnosed with cancer when he was just 4 years old. The book narrates details of his journey during this difficult time. He also lavished praise for his son whose bravery helped him fight and overcome cancer.

3 thoughts on “6 Famous Bollywood Actors Who Have Penned Books”