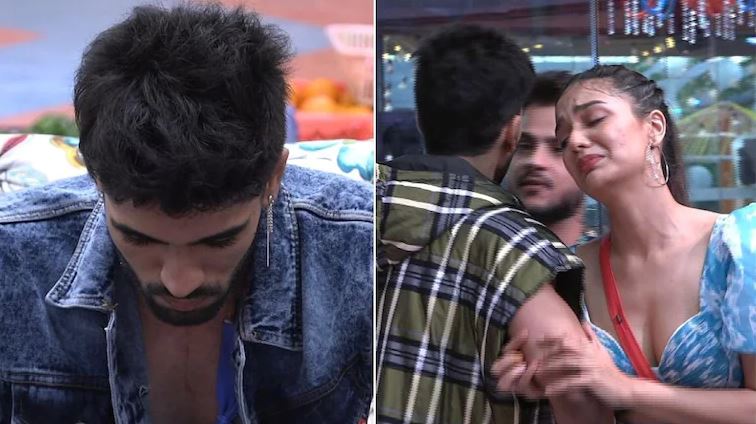 Bigg Boss has emerged as one of the most popular shows. The show began in the year 2006 on Sony TV with Arshad Warsi as the host. Bigg Boss gained huge popularity after actress Shilpa Shetty became the winner in Big Brother 5. Soon Shilpa Shetty replaced Warso as the host in the second season of Bigg Boss. The contestants in the show are isolated from the outer world for a few weeks. All the contestants in Bigg Boss live together in a house under the vigilant eyes of live cameras. The cameras track all the moves of contestants. Contestants are supposed to perform several tasks and try to avoid eviction from the Bigg Boss house till the end to be declared a winner.

This year Bigg Boss 15 is hosted by Karan Johar and viewers can watch it on Voot. The show began this year on August 8. Karan Johar is expected to host the show for the next six weeks. This year Bigg Boss theme is “Stay Connected” that implies that viewers will get extraordinary access, engagements, and interactivity to enjoy the journey of contestants in the Bigg Boss house. It is worth noting that viewer will also be able to decide the tasks, punishments and eliminations of the 13 contestants. Audience will also get an opportunity to view exclusive cuts, regular content drops, and complete interactive editions.

Soon after the completion of digital exclusive, Bigg Boss will move into Colors with the launch of season 15 of Bigg Boss. Johar has already introduced where the contestants will be spending all their time together.

The contestants who have participated in the show this year are as follow:

Neha Bhasin: She is a famous playback singer in the Indian film industry.

Shamita Shetty: She has stayed away from big screen for some time and reason is not known. She has done reality shows such as Jhalak Dikhhla Jaa and Khatron Ke Khiladi.

Zeeshan Khan: Zeeshan is television actor and he was part of the Kumkum Bhagya that also featured Shabir Ahluwalia and Sriti Jha.

Pratik Sehajpal: He was earlier a contestant on the season of Ace of Space and emerged as the first runner up. He was in the news for dating TV actor Pavitra Punia.

Nishant Bhat: He is a choreographer and featured on Nach Baliye and Jhalak Dikhla Jaa.

Karan Nath: He has acted in films such as Sssshhh… and Yeh Dil Aashiqanaa and Paagalpan. He was also a part of Mr India as a child actor.

Akshara Singh: She is a famous actor in Bhojpuri cinema. She has featured in TV shows such a Service Wali Bahu.

Raqesh Bapat: He is known face on TV, films, and ads. His first film was Tum Bin in 2001.He was also a contestant on Nach Baliye 6.

Ridhima Pandit: She is a television actor and acted in Bahu Hamari Rajni Kant, The Monster, and Fear Factor: Khatron Ke Khiladi 9.

Divya Agarwal: Divya was a key part of many reality shows and she has featured in MTV’s Splitsvilla and Ace of Space.

Muskan Jattana: She is social media influencer and hails from Chandigarh. She is popularly known as Moosejattana on social media.

Who is the most popular contestant as of now?

Raqesh Bapat has emerged as one of the favourite contestants of the Bigg Boss 15 OTT as every female contestant except one selected him as their connection. However, Shamita Shetty became the first female contestant and chose Raqesh and they turned out to be the first connection on the show. Also Raqesh set an excellent example on the very first day and everybody appeared to have liked him.

It is worth mentioning that the male contestants were supposed to be selected by a female contestant to establish a connection and the guys had to perform some tasks to woo them.

Recently, Zeeshan Khan was shown the Bigg Boss’ doors after he was found fighting with Pratik Sehajpal. His connection Divya Agarwal was spotted crying inconsolably when he was leaving the house.  Zeeshan was evicted from the Bigg Boss house on August 25 as he indulged in a physical fight with Pratik Sehajpal. It all happened during the task to choose new Boss Man and Boss Lady. The task took an ugly turn and led to a heated argument between contestants. Pratisk and Nishant got into a physical fight with Zeeshan during the red flag task. The fight became so ugly that Bigg Boss had to interfere.

Shamita Shetty age-shamed on the show

Shamita Shetty is also emerging an interesting contestant on the show. Recently, Akshara Singh and Urfi Javed spoke about Shamita Shetty’s age on Bigg Boss. Akshara was not aware of Shamita’s age and when she found it out, she reportedly said that “Shamita is as old as her mother” and called her “massi” (aunt).

Watch the video below:

& the age shaming never ends! Do these people think they will never age? & I’ll be surprised if any of them look half as smashing as #ShamitaShetty when they are 42! This is not cool @BiggBoss @ShamitaShetty @justvoot @karanjohar #BiggBossOTT #BBOTT @kashmerashah @GAUAHAR_KHAN pic.twitter.com/C6leXLT0aK

Recently, Karan Johar lost his cool during the Sunday ka Vaar episode. He got temperamental at Divya Agarwal and reminded her that she was in Bigg Boss house and not at a party. Karan said, “Divya, mujhe lag raha hai ki inka ghar aap tod rahi hai (I think you are breaking her home).” Shamita said, “I really don’t care.” It apparently did not go down well with Karan and he retorted, “I will not care about you if you don’t care about yourself and the show.” Shamita was spotted wiping away her tears.

Watch the video below:

Moose Jattana comes out as bisexual

Moose Jattana is also turning out to be an interesting contestant on the show. She revealed that she was more attracted towards men. Recently, Moose Jattana was speaking about Shilpa Shetty and Raj Kundra on the show and got trolled for her statement. A video of the same has been going viral.  Muskan reportedly said in the video, “I had heard that Shamita left one reality show as her sister was getting married, and now that the sister is getting divorced, Shamita has come back. Muskan started laughing loudly after saying this.

Let us wait and watch how the show unfolds in the days to come.