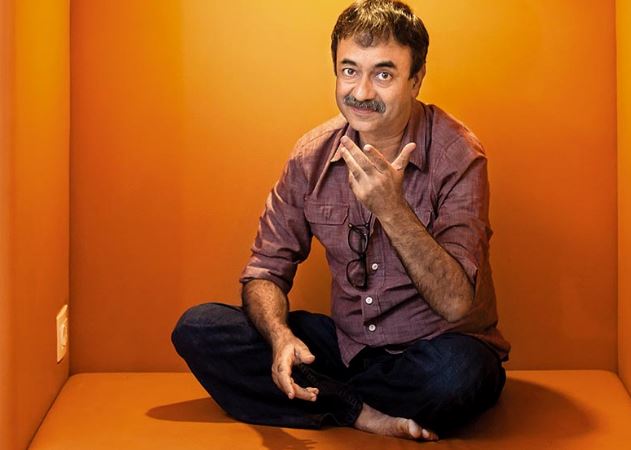 Film Director Rajkumar Hirani displays distinctive finery over the art of filmmaking. He’s best known for carving blockbuster films out of the day to day stories that deliver powerful messages with a touch of humour. Filmifiles takes you to the enchanting journey of this master entertainer who continues to win hearts while he believes in delivering quality films.

With an unprecedented 100% success rate in an industry where the average success rate is rarely more than 10% both in India and worldwide If somebody knows something about Film Making he’s no other than Raju Hirani. Having Directed 5 blockbusters from Munna Bhai MBBS, Lage Raho Munna Bhai,3 Idiots, PK to Sanju, Hirani has displayed a secret ability to perform the balancing act of holding on to the ethical side of each story, while he delivers movies that are creative, original and yet entertaining.

Success hasn’t come to him easily and he had his own set of trials and tribulations before the lady luck started to favour him. Hirani was born in a middle-class family, while his father was a Refugee from Pakistan, who established himself in India from the scratch. Although his family wanted him to become a chartered accountant, he gathered all the courage to refuse to be one to his father and told him about his passion to pursue a career in the field of theatre, acting, writing, and direction. Eventually, his father agreed and permitted him to pursue his dreams. After a lot of hard work, while he finally got admission to an Editing course in the Films Institute Pune.

The Institute taught him a lot while it gave him the exposure to watch both Indian and world cinema, he also learned the right technique of shooting and editing, while he developed the art of storytelling. It was once he made a 5-minute short film which was an adaptation of Chekov’s story. While the film was screened in the theatre, it received a lot of appreciation from its professors and students. That became a point of transformation in his life when he realized that he was good at shooting and his storytelling was original. That’s when he decided to spend his life doing what would make him feel good and not just something for making money.

After finishing his course at the films institute he came to Mumbai in search of work. After taking up small editing projects he started his career with an ad film for Annapurna Atta ‘Dilwale Annapurna Le Jayenge’ wherein he did writing and edited of the Audiovisuals. He eventually gained confidence in his clients and that’s how he started producing and directing ad films.

Over the years Hirani got an opportunity to edit the promos for Vidhu Vinod Chopra’s 1942 A Love Story, who later gave him his first break to edit Mission Kashmir, while he also encouraged him to make a movie. Finally, taking the plunge to write a story, Hirani left everything to write the script. He had the basic idea for Munna Bhai MBBS in his mind for over nine years but was discouraged by his close friends about the idea of shooting a film in a Hospital wondering that who would go to watch it. Thus, for many years he would put the idea aside and start working on something else, but something dragged him towards it and he finally wrote the script.

It was Vinod Chopra, who heard his script and decided to produce his first film Munna Bhai MBBS which was a perfect blend of comedy and drama. The film took the audiences through a roller coaster of emotions, while it could make anyone laugh in one scene, and then cry in the next and then again laugh in the very next scene. The film was a journey into the life of a goon who comes to Mumbai and becomes a hooligan. Having had bad experiences with the doctors he decides to become a doctor and enrols in a medical college, while he thinks that they made more money than the goons and lead a respectable life.

What’s special about his stories is that Hirani puts a lot of personal experiences into his scripts. Since he had a few bad experiences with doctors he chose to make a film that hit them hard. The message he wanted to convey to the doctors was to have more compassion and If they want to make money they should choose some other profession. While, in its sequel Munna Bhai Returns, Hirani introduced Gandhigiri, while he creates a perception of reality, as in how would Gandhiji react to the current state of this country. While Munna starts hallucinating and interacting with Gandhiji who enlightens him to the path of Righteousness

Incidentally all Rajkumar Hirani films have not only given box office hits but also enabled his actors to achieve great heights while giving a boost to their careers when they needed it the most. His film Munna Bhai MBBS was not only a grand kick start to his career which made woofing Rs 24 crore in Indian and RS 37 crore worldwide. The film also helped actor Sanjay Dutt, giving him a mega-hit in the time when he struggled to improve his image, while he was going through a rough patch in his life.

While directing the film 3 idiots, Hirani took inspiration from his own life in the scene when Madhavan mustered all the courage to tell his father that he doesn’t want to be an engineer, but a photographer. The film gives a strong message to follow one’s heart and do what feels good, while money will follow.3 idiots became Amir Khan’s biggest hit in his entire career, which was the highest-grossing film of its times which made over Rs 202.95 crore in the Indian market and Rs 459.96 crore Worldwide.

PK was again a unique concept starring Aamir Khan as an alien, which dealt with superstitions and blind faith with humor while it emphasizes the fact that humanity is more than any religion, that one must care about before anything else. The film indeed touched and entertained the audiences, broke all the records becoming the highest-grossing Bollywood film which made Rs 340 crore just in India and made a total of Rs 754 crore Worldwide.

His next blockbuster Sanju emerged as one of the most successful biopics of the Indian cinema based on the life of the actor Sanjay Dutt who was very well portrayed by Ranbir Kapoor. Kapoor proved himself as an actor, while he received great applause for his performance in the times  when he needed a definite hit to prove his metal. The film collected over 202 crores at the box office. Hirani was awarded as the ‘Director of the Year’ by former Indian president Pranab Mukherjee, for the film Sanju which achieved stupendous commercial success both in domestic and international markets.

Rajkumar Hirani has changed all the rules of filmmaking from his very first film, which turned out to be a blockbuster. Instead of choosing lavish sets and locations,he chose a hospital setup. He cast an action hero like Sanjay Dutt in a reformative role who being a goon dealt with every situation with compassion. He took inspiration from real-life stories, situations, and characters, from middle-class society and portrayed them with reality without glamorizing them, which the audiences could relate to.Raj Kumar Hirani films have indeed opened new ways for aspiring filmmakers to take risks and think beyond formula films.