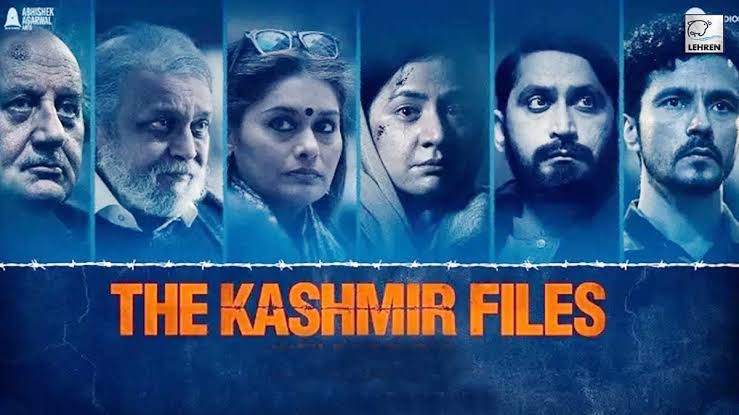 The Kashmir Files has been in the news since its initial release on 11th March 2022 both for the controversial issue it has dealt with and the appreciation that are pouring in from across the globe. With a roaring success, the film is successfully entering its fifth week. This film’s earnings have surpassed everyone’s wildest expectations, and honestly, it rightly deserved so. A low-budget movie with a not-so-big star cast made the biggest box office hit. The Kashmir Files has already crossed ₹200 crore mark & yesterday, it inched closer to ₹250 crores, the total business done by The Kashmir Files last Wednesday was ₹236.28 crores, and thus far, it has been declared a blockbuster movie.

Anupam Kher portrays the crucial role of Pushkar Nath Pandit, a man who has witnessed the horrors of Kashmiri Pandits’ genocide and is himself a victim of religious hatred. Although Pushkar wishes to return to his home, the changed political and demographical landscape appears to be a great impediment in his path. However, that doesn’t stop him from fighting for his rights.

The Kashmir Files has opened a pandora’s box, and it took almost 32 years for this story to come out in the public. Vivek Agnihotri has tried to keep it natural and pretty straightforward, and he has succeeded in doing so. Kashmiri Pandits and other stakeholders came out to share their past traumatic experiences. While the victims took to social media and other platforms to vent out their pain, the film antagonized the other section of people. As the supporters laud Vivek’s bold approach to bringing the plight of Kashmiri pandits out in public, other sections decry his alleged attempts to brainwash people with an agenda.

The Kashmir Files budget was just 15 crore, and it is quite close to touching the ₹250 crore mark already. That shows how successful the film is. You can also see news of people sponsoring movie tickets for the poor and those who cannot afford them in an attempt to educate and empower everyone by exposing them to the truth with this film. Several states have announced that this film will be a ‘ tax-free’ one.

There are still thousands of Indians, who are unaware of what happened in Kashmir in the 1990s. Some questioned the authenticity and genuineness of the film. Although the genuineness and intentions of the filmmakers cannot be verified, the core issue shown in the film is real, as opined by experts and various other stakeholders.

On an end note, The Kashmir files is a story that everyone should know because, as the saying goes, “Those who cannot remember the past are condemned to repeat it!”.

One thought on “The Kashmir Files: What made this movie a blockbuster?”