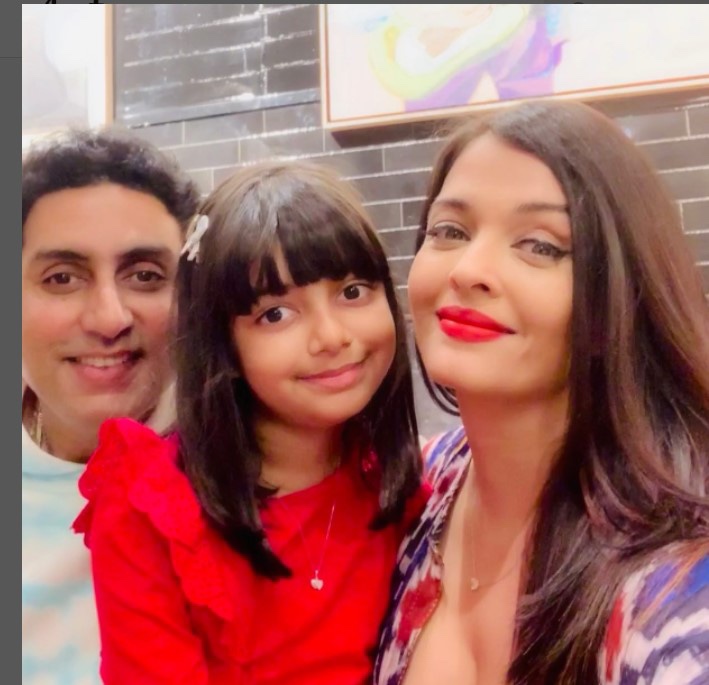 Abhishek Bachchan and Aishwarya Rai Bachchan continue to set major couple goals for their fans. Abhishek never leaves a chance to praise his pretty former Miss World wifey. Now the “Refugee” actor has said that he, including his entire family, are lucky to have Aishwarya in their family. He lauded Aishwarya’s ability to face difficulties with grace and unruffled composure. He also called Aishwarya his emotional support and gave her the whole credit for keeping their daughter Aaradhya grounded.

Amid rift rumours between Ananya and Ishaan, mom Neliima makes a BIG statement

Rumours are rife that Ishaan Khatter and Ananya Panday have reportedly broken up. Earlier, the two neither admitted nor denied being in a relationship despite continuous reports about their relationship. The two remained in headlines for sometime now. Ananya and Ishaan used to comment on each other’s social media posts leaving everyone in doubt about their relationship. Now, as rumours are circulating about the rumoured couple, Ishaan’s mother Neelima Azeem has made a big statement. She said that Ananya is a part of their family circle and called her a significant part of their lives also. She also divulged that the “Pati, Patni, Aur Woh” actress also learnt dancing from her.

Alia Bhatt and Ranbir Kapoor are all set to tie the knot in mid-April after years of dating. Alia and Ranbir’s wedding is likely to be a close-knit family affair. The social media is not abuzz about the “Rockstar” big bachelor’s party. According to reports, the guest list for the bachelor party would include Arjun Kapoor, Aditya Roy Kapoor, and Ayan Mukerji as Ranbir shares a good bond with all of them. Ranbir is planning to host the bachelor party at his place. The party is also likely to be attended by his close friends from the entertainment industry and childhood buddies.

Deepika Padukone was recently awarded with Time 100 Impact award. The Padmaavat actress was honoured for her contribution to cinema and constant efforts to raise awareness regarding mental health. The B-town diva has now posted a video from the Dubai Award show that was held on March 28. Deepika said in her acceptance speech that she was just 16-year-old when she decided to switch careers from badminton to films. She also said that it is a bliss to follow one’s passion and she is even more ecstatic for getting a chance to live her passion. Check her video and photos from award ceremony below: