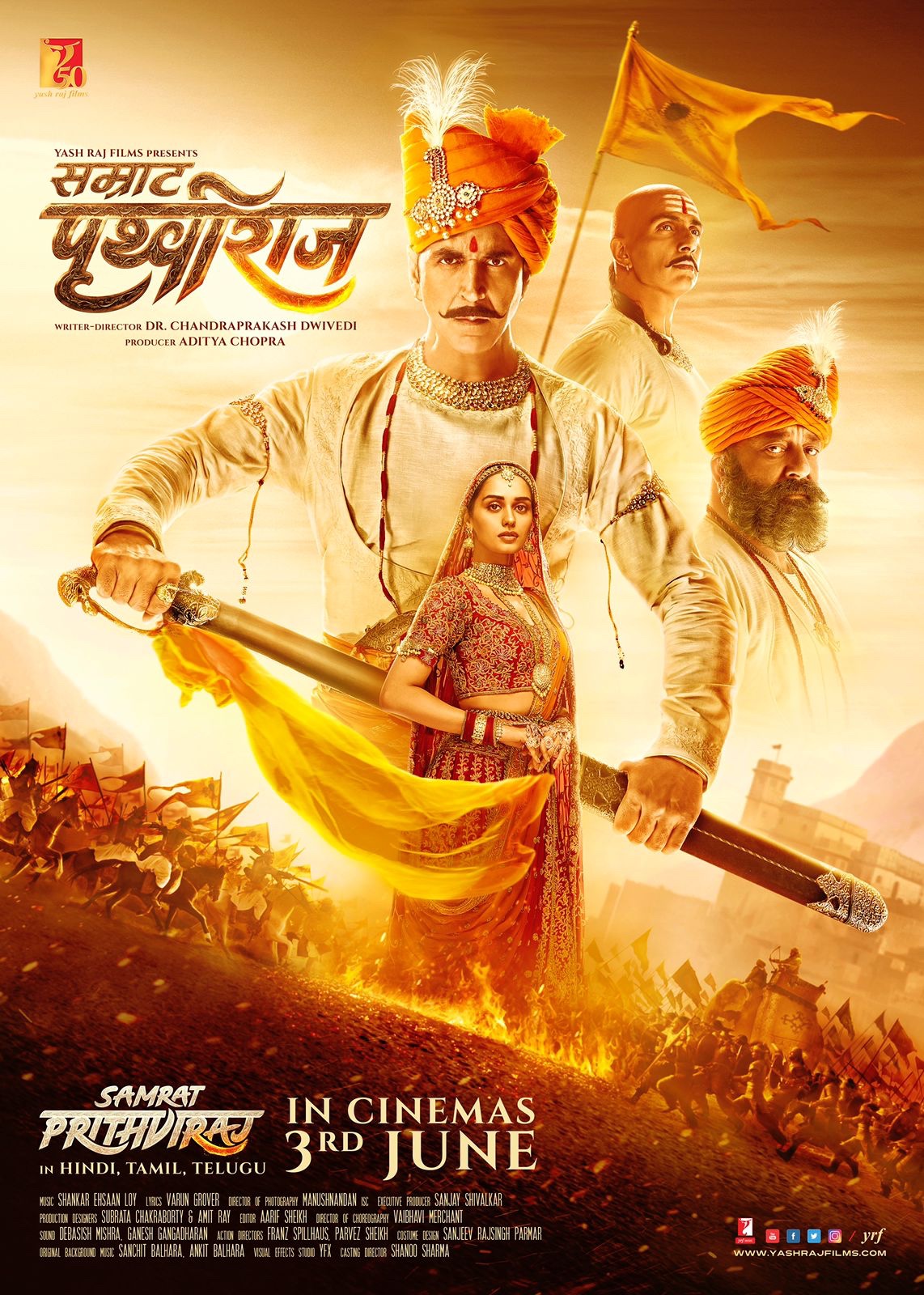 In recent years, we have observed a rise in the epic period dramas that filmmakers have masterfully tried to recreate on celluloid. Adding on to list is the latest release Samrat Prithviraj. Starring Akshay Kumar in and as Samrat Prithviraj, the movie is based on the life and heroism of the great and fearless Prithviraj Chauhan. Directed by Dr. Chandraprakash Dwivedi, the film follows the most controversial route by depicting the story of Prithviraj Raso, a version that’s been apparently considered inaccurate by many historians. Historians and folk legends portray him as an incredibly brave king who stood strong in front of the ruthless Muhammad of Ghorand his invaders of India.

While the film creates a scenic representation of the ancient times, it also points towards issue of narrating the story at high speed and trying to cover up the landmark milestones within a short duration of time. Also, it was extremely spectacle of Akshay Kumar claiming to shoot the film in just around 50 days. A character like Samrat Prithviraj needs to be nailed both physically and mentally and that’s why a film like this requires a lot more than 50days of runtime. Akshay did his best and seemed convincing at the part; however he deserved a more betterexecuted character to do justice to his talent. Furthermore, highly talented Manaj Vij rightfully solemn the act of Muhammad Ghori instead of clutching the route of exaggeration.

Speaking about the title track, which was seemed to be promising through the promos, hasn’t been optimally used to let it be the anthem of the film. Not a single other memorable track and that’s one more issue impacting the overall feel. The film is technically rich in every sense, but unfortunately the same can’t be told about the execution of its storyline. This movie is a decent one time watch on the big screen all because of the canvas.