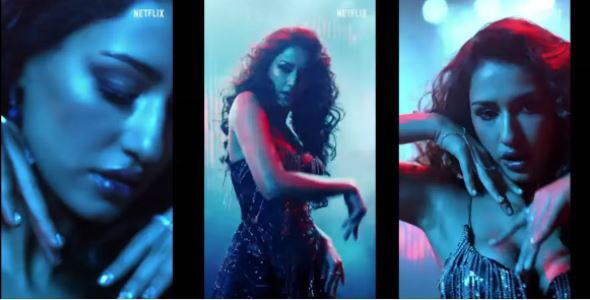 You will see Disha dancing to the beats of the new reel video and looking absolutely glamorous. The Baaghi 2 actress will leave you smitten with her dance performance. The song starts off slow and sets the pace as it moved into a high octane dance number. See the video below:

After divorcing Arbaaz Khan, Malaika talks about getting married early in her career

Malaika Arora got married at the age of 25 to Arbaaz Khan in the year 1998. The couple ended their marriage in the year 2017 and continues to co-parent son Arhaan Khan. The actress also began her career in the same year. In a recent interview, Malaikarevealed that her marriage was never a deterrent in her Bollywood career. The actress also revealed that her marriage never impacted her career and it in fact enhanced her life. She said that she redefined the concepts of marriage and pregnancy because of her glamorous personality. Malaika was speaking to Namrata Zakaria on her podcast “Tell Me How You Did It”.

Priyanka Chhopra and Nick Jonas are overjoyed and the reason is quite special. The couple has finally embraced parenthood and welcomed their first child via surrogacy on Friday. Priyanka and Nick Jonas took to their respective social media platform to announce the update with their fans and followers.

Here is how the Desi girl shared the news on Instagram:

According to reports, the baby is born 12 weeks early. The delivery of the baby was due in April. The baby girl is in hospital now and will go home when she is healthy.

Recently, Deepika Padukone was spotted at the trailer launch of Gehraiyaan. The actress had donned a stunning red outfit and left her fans in awe of her. Soon fans demanded to see the entire look and the Piku actress obliged. Deepika shared the entire look and set the internet on fire. See the picture below: