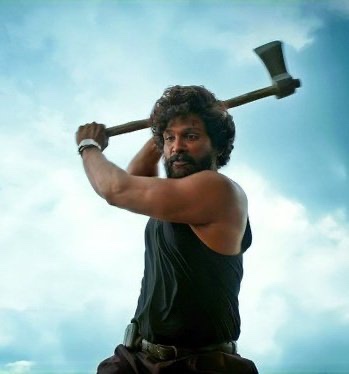 The scruffy look of Telugu star actor, Allu Arjun, in the first look of a two-part movie series, Pushpa – The Rise, released on social media, immediately garnered 84,000 likes over 24 hours. It was the first most liked movie poster on Twitter over 24 hours. The Allu Arjun starrer turned out to be a massive pan-India hit with a record 186.81 crore collections, according to a trade analyst, Manobala Vijayabal.

The Hindi version alone amassed a total of 39.95 crores. In addition to the commercial achievements, Pushpa – The Rise has an interesting perspective to offer for movie lovers and people who admire actors as they are despite their geographical and linguistic identities. Before Pushpa, other movies like KGF, Baahubali, and Saaho achieved this feat already and received critics’ accolades. That brings us to question the new ‘Pan-India’ phenomenon and trend that the South-Indian movies, directors, and actors has set.

Allu Arjun is a special case in point because the expectations are already on an all-time high on this south superstar since part 2 of Pushpa is bracing up to break its own records. The self-made pan-India worth and recognition are not new to south stars. Kamal Hassan, Mammootty, and Rajinikanth have already set the trend more than a couple of decades ago.

Only a few stars like Rajinikanth, Yash, KamalHasan, and Mammootty achieved this rare feat to cross the linguistic barriers over the years. What are the contributing factors to the success of ‘Bunny’ (AA’s nickname) to transcend the linguistic and geographical barriers? What prompted this male protagonist to reach out to a global audience? Is it an overnight achievement or a success story still in the making?

Allu Arjun is surely not an overnight star or a product of nepotism. Of course, the strong film roots of his family did help him to readily grab a few opportunities (or create some as his father, AlluArvind, is a producer). But, what led him to success cannot be attested or limited to just these few factors.

Allu Arjun is a blend of persistence, skill, determination, and hard work; there is no denying the fact. From his debut film, ‘Gangotri,’ as a teenager to now Pushpa – The Rise, his evolution as an ‘artist’ is clearly visible. He has been wise in story selection. He is determined to hone his artistic deft over all these years. Yet the beloved superstar is modest enough to wave away honorific tags like ‘perfectionist’ to date. He simply smiles away all the compliments and gives ‘still a long way to go’ as an answer to all questions.

The Indian film industry has many prominent stars and actors. Yet, only a few manage to stay evergreen like Irfan Khan, Raj Kapoor, Kamal Hasan, Nana Patekar, Nawazuddin Siddiqui, Ranveer Singh, Shahrukh Khan, and Allu Arjun. Have you ever noticed a few common characteristic traits among these actors?

There are thousands of artists across the globe in different ‘woods.’ Still, only a few understand the significance of ‘movies’ as an art or a medium of expression rather than a mere entertainment medium. Allu Arjun is surely one among them. Most of the time, actors in the film industry work hard to climb up the ladder and land ‘protagonist’ roles as protagonists bag high-pay scale.

Allu Arjun has never shied away to experiment and even dared to push his stardom aside to play supporting roles. How many current star heroes have dared to play a supporting role in a female-oriented film? Allu Arjun has received critics’ accolades for playing ‘Gona Gannareddy’ in Rudramadevi, in which Anushka Shetty played the lead role. He has even won the best ‘supporting role’ Filmfare awardfor the same.

Even before we all know Allu Arjun as Bunny, Pushpa Raj, or Bantu, Allu Arjun has surprised the Telugu audience with his cameo appearances right from his childhood. Although his debut movie is ‘Gangotri,’ Allu Arjun didn’t shy away doing small roles with limited screen space like the one in his uncle’s movie, ‘Daddy.’

Allu Arjun has managed to pull off all his characters with equal ease. He is also well-known for going under the skin of his cinematic ‘characters,’ which are just fictional. He brings life to all the roles he portrays, ‘Pushpa Raj’ for example. When the audience sees Allu Arjun’s movie, they rarely see AA rather the character itself. That’s how perfectly ‘Pushpa Raj’ understands the nuances, emotions, traits, qualities, and characteristics of his roles. AlluArjun is, thus, the oxygen his cinematic characters needed.

The growth trajectory till ‘Pushpa’ has not always been linear for Arjun. There were curves, plateaus, and setbacks in his professional career, but he bounced with double the energy with each setback. This Allu’s successor is already a well-established, loved, recognized, and high-paid actor in Telugu. Before making it on an all-India level, Allu Arjunhas already landed big in the far south, Kerala.

Kannadigas and Tamilians gleefully wait for AA’s movies. Even before he made it big on the national stage, this ‘Ala Vaikuntapuramulo’ star successfully united the entire south of India with a common emotion that is “Allu Arjun.” “Pushpa – The Rise” has only reinforced the emotion on a national scale. It is just the beginning, though. The expectations are already high for “Pushpa – part 2.” The growth curve for this ‘Telugu’ star will only go straight up from this point.

On that note, thanks to ‘Pushpa’ for adding one more star to the list of ‘pan-Indian’ artists. The mass euphoria doesn’t seem to end anytime soon. Therefore, be ready to love AA more and witness his boundless growth story with time, more ‘movies,’ and ‘characters.’ Watch this video