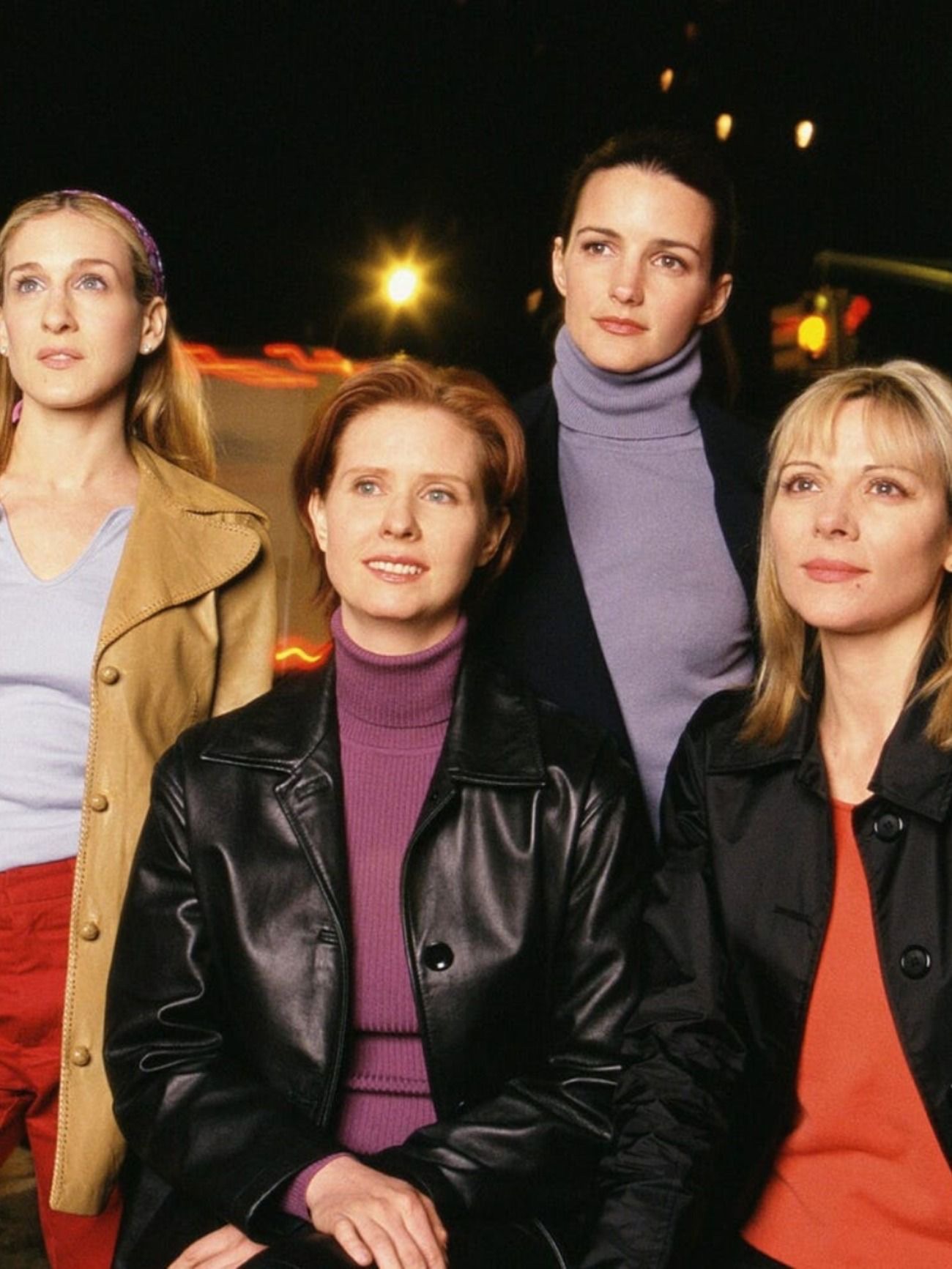 How often do you sit with your girlfriends in a bar and wonderover a glass of martini, What a Carrie moment it is, or labelled your friends – The Charlotte, The Samantha, The Miranda. It has been more than ten years since Sex and the City first aired on the television, and we are still binge-watching those New York women shenanigans and fascinating escapades. We still quote, reminisce and relive those witty dialogues that leave us awe-struck with a touch of wit, sarcasm and brilliance in them.

Let me give you a small brief about the series; if in case you still missed the hint. Sex and the City first aired on our television screen a decade ago. It was a revolution in the way it redefined female friendships and their bonds. The series depicted the professional, love and social lives of four 30-something women in New York. The female leads of the show were candid about their sex lives and pledged to keep their female camaraderie above any relationship. The show became one of the foundations of our pop-culture phraseology.

Although, with all the progressive conceptualization and forward-thinking, the show represented several age-old ideas about relationships and love. Let us address the high-on-cosmo gorillas in the room

Idealistic expectations of working in a “ Creative Field”

This one especially hurts for someone who has to build a long-lived career as a content writer. It is no secret at this point that the lifestyle of the well-known sex columnist was living and spending thousands of dollars on shoes and branded attires, having a gorgeous apartment and having lavish dinner parties in high-end restaurants. This is something that anyone would usually expect to be based on a writer’s salary. Carrie puts her priorities straight in one memorable line. “ I like my money right where I can see it – hanging in my closet.” To think of it now, it was pretty shocking that this was not considered an obstacle in one of many plots in the show.

Even with the lower cost of living at present, a salary anywhere in the 30s is not going to pay Carrie’s bills in an expensive city like New York, Let alone have any spare cash for her fashion and cocktails budget. The financial reality of the main protagonist was twisted.

The Materialistic Representation Of Living In The City

The foursome in the series was obsessed with fine dining, designer materials and shopping. They lived a life that was very far from even a well to do New Yorker. Not even a single woman of the clan chose to use the subway in exchange for expensive cabs throughout the series. The apartment, the dressing cabinets and the alluring lifestyles were the hallmarks of their success. The privilege that the ladies had the access to was a bit unnecessary.

The Show was annoyingly white

Although the show was set in a predominantly diverse city of the world, there were very rare occurrences and roles of people of colour in the show. Even if there were a few, they were treated as a set dressing. The biggest drawback was the number of people of colour in the series is shown serving the white characters. And the few that were gifted with some screen time were sidetracked in no time. For instance, In the last season, Miranda dates Dr Robert lee played by Blair Underwood who was perfect in many ways- handsome, successful, kind and amazing with Miranda’s baby. In the end, Robert ends up as a cupid in disguise. His presence in Miranda’s life is just to help her realize she wants reconciliation with her far less capable, white love interest Steve.

Everything in the series starts and ends with men

For a show that is apparently about female camaraderie and women empowerment, Sex and the City spends an extraordinary amount of its time revolving around men. Miranda asks in the season two opener out of frustration,” How does it happen that four such smart women have nothing to talk about but boyfriends?”. Undoubtedly, all the scenes where the characters are dining in their favourite restaurants or grabbing a cup of coffee for breakfast in their go-to-cafe, showcase them talking about their back and forth relationship drama. While these four women are admired for their accomplishments and independence, they are also scrutinized for spending all their time together talking and living around men, romantic affairs, love and sex.

The fact that this series fails to progress in terms of the growth and success of women outside their relationship is disappointing.

In its essence, Sex and the City hardly passes The Bechdel Test, which measures the representation of women. This test requires any scenes in TV or shows where more than one woman have a conversation about anything other than a man. While there are a lot of examples of Carrie and her friends talking about other stuff like fashion, career and life, everything seems to come back to their latest romantic affairs

Discarding the relevance of other sexual Representation

Carrie finds out that the man she is dating is bisexual in episode four of season three “Boy, Girl, Boy, Girl,” and that revelation puts a stop to the relationship. Later, in the same episode, her conversation over the topic with her girlfriends is full of detrimental misconceptions about Bisexuality.

Carrie goes on to remark ” I am not even sure bisexuality exists, I think it is just a layover on the way to gay town”. The bi-irrelevance pops up again when Samantha starts exploring the potential of dating a Brazillian artist, Maria, and despite her attention to men, goes on redefining herself as a lesbian, Her friends or so-called wing women wastes no time in questioning the relationship’s legitimacy. The show from there on continues to engage in cliches about lesbian relationships until Samantha calls it quits.

Carrie sucked at being a good friend

Regardless of the show’s emphasis on female friendship, most of the viewers would rip Carrie’s character right off the bat. She was narcissistic, self-absorbed and querulous. Carrie slut-shamed her best friend Samantha, sent her boyfriend Aiden to take care of Miranda when she got injured and blatantly refused to talk to Charlotte when she did not offer to lend her money. Carrie’s toxicity always got the best of her. Carrie could never reciprocate the support she received from her other three friends. On her announcement of her affair with Mr. Big, she gets no judgment passed on from Samanth. Carrie, however, misses no opportunity to criticize Samantha’s lifestyle.

The Disturbing Relationship of Mr Big and Carrie

Carrie and Big’s love affair was hands down the most toxic relationship of the show. They meet out of sheer serendipity(or maybe bad luck ), from there on, the whole relationship gets draped in red flags. Big was a complete asshole. He did not only does not want her in his life; he makes sure to make it very obvious with his behaviour.

He manipulates Carrie and often abandons her feeling like complete shit. Even when she decides to look for a merry life in her relationship with Aiden – Mr.Big reappears like a withdrawal system after quitting cigarettes. He even goes on cheating on his model wife with Carrie, ruining not only his married life but also Carrie’s relationship with Aiden.

Miranda was deprived of more representation on the Screen

Miranda was a total boss. She was the only friend who spoke about the things that were questionable in just our heads. Unapologetic about her success, she went to buy a lavish apartment just for herself in a blink of an eye (Talking about taking charge of your agency!). A book titled We Should All Be Mirandas finally talks about Miranda’s goals and no-bullshit approach to life, work and relationships. Miranda denied conforming to the typical idea of being dolled up every day to seek any sort of validation.

This character, that did not receive its rightful appreciation, made a least attractive friend of the clan but went on to age like a fine wine amongst independent women.

In Hindsight, the show regardless of all the toxic and disturbing representations and plots became an important foundation in building the sub-culture of the 90s and 2000s. It was one of the first shows to represent female friendships in the truest senses. Sex and the City addressed topics that rarely managed to come to the surface – marriages, sex, miscarriage, abortion, and having a successful career in the patriarchal world. Therefore, it is best to view Sex and the city as a platform that went vocal about the most glaring feminine and social issues of its time.