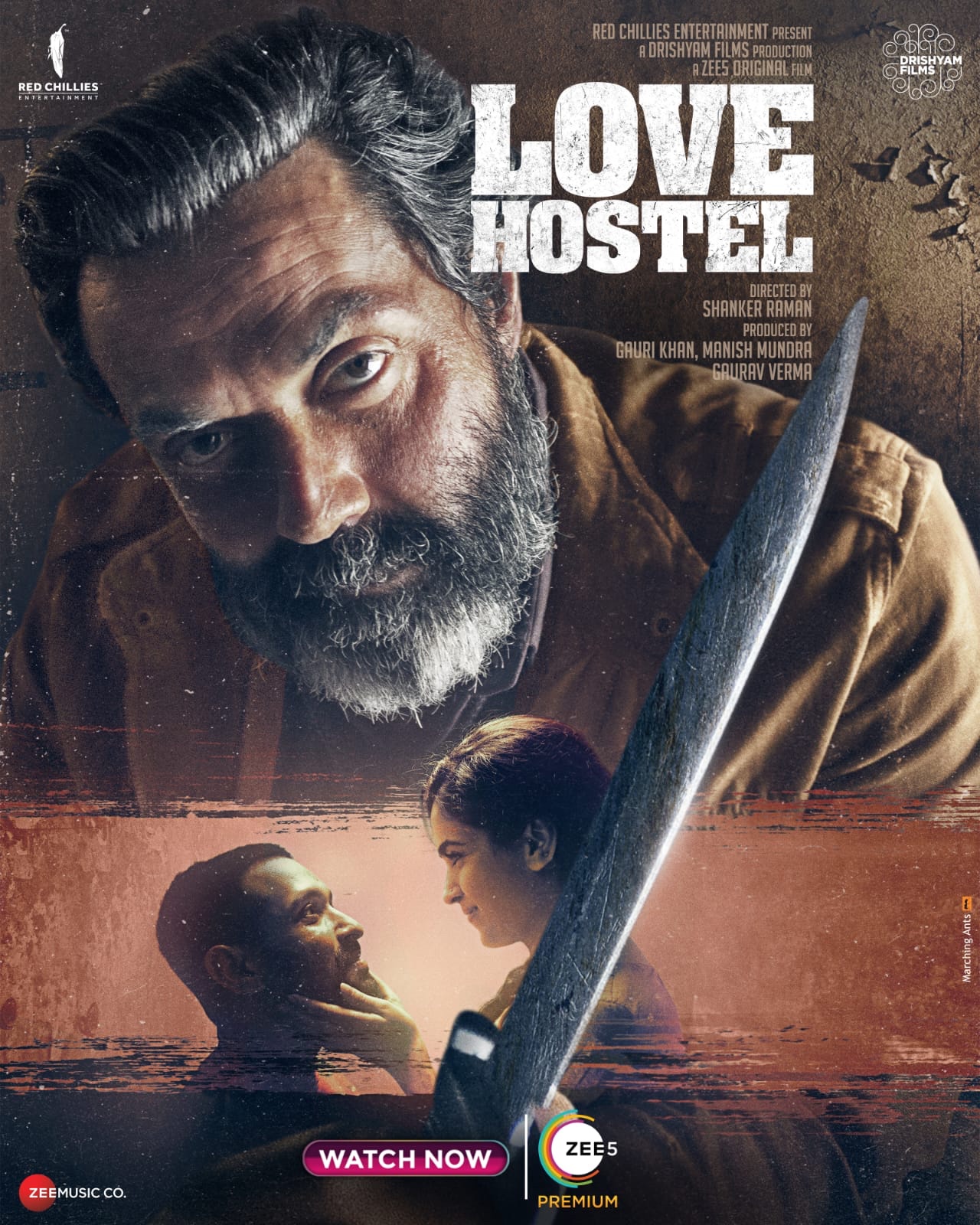 Bobby Deol’s negative role in the Love Hostel movie helped him reclaim his lost limelight. Dangal girl’s hustle makes the movie a semi-hit. And Vikrant Messy managed to trigger the soft spot in the audience with his acting skills.

Our understanding of love while growing up has been very profound and free from caste, racism, religion and creed. After a few decades of struggle and contemplation, the modern love-lorns have also been successful to add the verb ‘Gender’.

Even in the current scenario, love without bounds and the influence of any other external factors is a dream for many.

Love Hostel, a Shankar Raman’s story, embarks on the expedition of an inter-faith couple attempting to run away from the terror of politicians, a stereotypical and disapproving society and an opposing family. But do they succeed in their pursuit? Let’s look for it.

Love Hostel is a story of love without bounds crippling with pain under the clenches of the stereotypical and disapproving notions of the society held against love, especially interfaith love. It is, predominantly, a chase story. An inter-religion marriage fails to survive beyond the court of law. It is compelling, gory and striking.

However, the story is a bit perplexing towards the second half and disappoints the viewer in the climax. I would say that Love Hostel is a one-time watch, despite the length being just 1 hour 40 minutes. Love Hostel would have become a game-changer, had the director put in a different way.

IT IS SYNOPSIS TIME

Directed by Shankar Raman, love Hostel is a strong story with weak screenplay. This Film stars Bobby Deol in an antagonist role, who is spine-chillingly violent. Further, it features Sanya Malhotra and Vikrant Massey in the lead roles.

The story revolves around Jyoti Dilawar (SanyaMalhotra), a fierce and resilient town girl and Ahmed Shaukeen (Vikrant Messy), a courageous middle-class man. This smitten in love couple dream against the societal norms and deep-rooted notions of the town.

After Jyoti elopes with Ashu aka Ahmed, her grandmother, a domineering matriarch and a powerful politician hire a horrifying mercenary called VirajSingh Dagar (Bobby Deol) to get the couple murdered. Will the couple escape and live happily ever after or meet the fate of ‘Dhadak’ is the central plot.

The title Love Hostel is self explanatory. The story mostly revolves around the couple who opt for a court marriage and seek safe shelter to escape their own families. The story is set in the conservative and patriarchal town of Rohtak; where Love marriages, especially, the ones out of caste are in no way accepted by families and society. The safe houses are built across the city for troubled couples who suffer the consequences of their choosing their loved ones. But the plot twist of this story is Dagar. He manages to get through the safe homes. And from there on it is just blood-bath and John wick level of a thriller.

The Performance of the Cast

The bold performance of Vikrant Messy came as a savior for the poor screenplay. Sanya Malhotra has gone under the skin of her role, a Jat girl with a fairly local dialect.

But Bobby Deal is the main reason, who glues the audience to their seats for more than one and a half hour. This handsome villain engrosses the audience with his nail-bitingly aggressive plans to kill the couple.

Daggar is on a killing spree as a part of his self-righteous mission to cleanse the state by executing couples who marry against the will of their families. We are talking about honour killings here.

Bobby shed all his inhibitions and grew out of his comfort zone for this role. He is so realistic in the film that you sometimes feel he is really against the couples and interfaith love. Bobby kills all the couples sleeping peacefully in the safe house in a scene, while he was on a hunt for Jyoti and her newly-wedded husband.

He enters a wedding procession during his murder spree and kills everyone on his way sparing only achild, who informs him that he is bleeding. Lucky fellow!

Every time there is a deafening silence, you know thatsomeone is about to go down!!

Love Hostel revolves around the most glaring social issue. The attitude, mindset, and prejudices of staunch patriarchates is put in a subtle way.   Jyoti’s younger brother is worth a special mention here. The kid in his early adolescent stage is savage and that explains why deep-rooted patriarchal  mindsets in the family is savagery handed down over generations.

He beats up his elder sister and goes on dominating the entire house regardless of his age and experience. Only a few would notice his character and its relevance in the present time when there is already so much adultery and evil surrounding us.

This movie gives enough takeaways for the viewers to understand the motives of the movie only to a necessary extent. The dynamic of the film shifts so swiftly that the viewer finds it difficult to catch up with the details.

The Rawness of the movie is applaudable! The makers do not hold back from showcasing the real Jat world of Haryana. The conversations between the male cops and the female that takes place in the movie are as real as they can get. No sugar-coating!!

What did not work?

The story seems to be rushing in the first half. The viewers don’t get to see how the love dwells between the couple and how Jyoti manages to escape from her matriarch grandmother and ruthless brother; the director jumps to the point right away. Also, Dagar’sstoic personality and his obsession with butchering people like cattle is an outcome of his tragic past. There is a driving force of trauma and hurt that compels the character to live the way he was, which the director did not care to show to the audience.

Overall, the film has a Stellar cast. The cinematography by Vivek Shah, who also hails from Gurgaon, keeps the authenticity of the story intact on screen. What is missing is emotional depth and what stays with you are the details.

Let us know in the comment section what do you think about it!