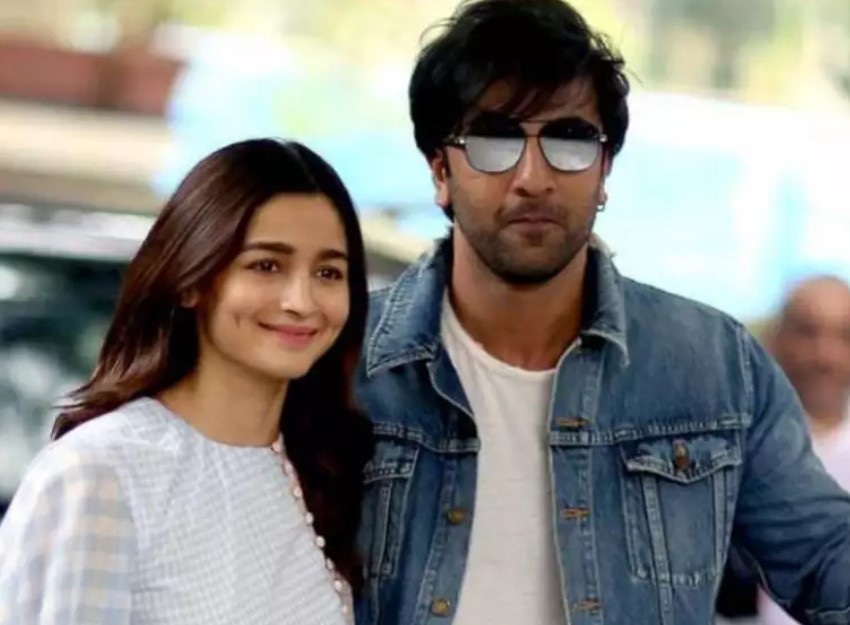 Ranbir, Alia gear up for their D day, see pics of their home

Ranbir Kapoor and Alia Bhatt will soon tie the knot and become husband and wife. Now fresh pictures have surfaced on social media indicating preparations are in full swing for the D day. It is believed that Vaastu, Ranbir’s residence, would be the wedding venue. Meanwhile, both Ranbir and Alia have refused to divulge the date of their wedding. From the pictures, it seems it was a hectic Monday morning at Vaastu. A truck was spotted carrying tables and other materials to be used for the upcoming event. RK studio located at Chembur has already been decorated over the weekend. The gates of the studio and trees outside it were lit up. Ranbir’s parents Rishi and Neetu got married in 1980 at RK Studio. Reports claim that mehendi and other wedding ceremonies will take place at the studio. See pics:

Seen pics of Priyanka Chopra’s BBQ night with her gang of girls?

Priyanka Chopra has made her mark in Hollywood, leaving all her Bollywood pals astonished. She has made a strong career as a popular singer and successful producer. She has taken the global entertainment industry by storm. Recently, the Desi Girl launched her Indian restaurant in New York named Sona. The Barfi actress was spotted recently with her gang of girls enjoying her meal date. She took to her Instagram account and shared glimpsed of her sumptuous meal with her girlfriends. She was seen having the Korean BBQ platter. With 76.1 million followers on her Instagram, Priyanka often updates everything about her life. See her post below:

Shah Rukh Khan’s son Aryan Khan is all set to direct a web show for Red Chillies Entertainment, according to a report. Earlier, Shah Rukh has already revealed that Aryan Khan is keen to take up filmmaking and his daughter Suhana wants to become an actress. Now reports state that Aryan is working on a web series and feature film for his home production Red Chillies Entertainment. According to a report in Pinkvilla, Aryan did a test shoot for the upcoming web series earlier on Friday and Saturday at a Mumbai studio. Aryan has not yet taken any decision on shooting dates.

Shahid’s upcoming film Jersey pushed by a week, here is why

Shahid Kapoor and Mrunal Thakur’s starrer Jersey has been pushed by a week. The sports drama is scheduled to release on April 22 to make way for K.G.F sequel so that it can get a solo release on April 14. Producer of the film Aman Gill said that the entire team has put its blood, sweat, and tears into the film and would want it to reach the audience in the most extensive way possible.