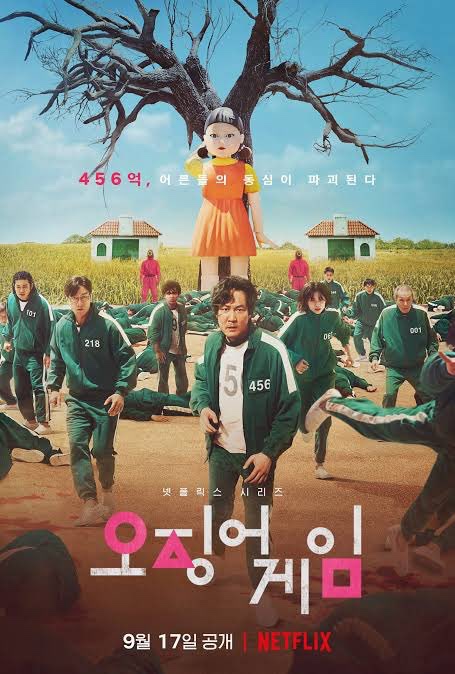 India is the second-most populous country in the world & we’ve been obsessed with TV dramas ever since eternity because we grew up watching daily soaps on Door Darshan. Not quite literally, but K-Dramas are nothing less. Unlike the regular Saas-Bahu drama on TV soaps, K-drama is a perfect choice to calm the hormonal rush of modern youth raging for some romance drama. Although Indian TV dramas are embracing romance lately, the romance-with-looks kinda romance is just enough for Indian parents to turn the TV off. Because, “bache ke saamne nahi.”

Korean Dramas are an obsession for young people the world over, not just Indian youth. Their dramas are as famous as their skin-care products. Korea has had a huge impact on India with its food, cosmetic products and now the country’s drama series & movies are attracting the young lads of our country. The growing fandom of Korean music & series is capturing Indian’s hearts & souls. Before drama series became a thing, we already swooned over Korean bands like ‘BTS’ & ‘BlackPink’, there’s a thing called ’BTS Army’ on various social media platforms who are insanely crazy for their favorite boy band.

Just like K-Pop, K-Dramas are here to stay because South Koreans know the sure shot way to India’s curious souls. The latest obsession and social media sensation were the highly popular ’Squid Games’, the Netflix thriller series with a first-of-its-kinda plot. In fact, Squid games has indeed set goals for series to come. It became the most-watched Netflix show with over 111 million viewers, which is no small feat.

The K-mania didn’t start with ‘Squid games’ though. It has been there but its presence was not as significantly felt. Ask someone about their favourite K-drama, I am 110% sure you will get “Boys over flowers” in return. “The Goblin,” “Crash Landing on you,” “It’s okay to not be okay,” “Secret Garden,” and “My secret romance,” are all forever favourites for many. You know this from fact that any K-drama lover’s eyes sparkle instantly when you bring up the topic.

Besides romance dramas and occasional ‘Squid games,’ ‘Train to Busan,’ ‘Parasite,’ and ‘Secretly, Greatly,’ the new Korean release “All of us Dead” took the internet on a storm, seems like it’s paving the path for Korean hegemony. (I secretly wish it happens sooner, as someone who binges more Korean than English).

So, peeps, Korea is not all about romance because it seriously is not….duh… is it not clearly visible already? The clarity of thought and perfection in execution of the creators of these shows are on par with Hollywood’s creators. Yo, Hollywood, do you hear that? The competition is coming.

Most Korean series don’t run years, at least as far as the series I have seen is concerned. That’s one way to keep your audience longing for more, I guess!?

‘Handmaiden’ released in 2016 is one such gripping and yaar-it-ended-so-quickly kinda movie set in early 90s of Korea. ‘Train to Busan’ is one such eerily interesting and disgusting movie. Even “All of us are dead” is disgusting and bizarre, despite which I couldn’t put it down.

‘Parasite’ is yet another intellectual master piece for the nicety with which this film deals with class difference. It rightfully deserved the Oscar, at least for the realistic ending unlike most other films that sugarcoat the painful reality or sell the happy ending, even though we know happy endings are not that quick.

REALITY. Yes, the reality is what draws the audience to Korean dramas. Korean creators do not hesitate to kill the protagonists because they know how to end it. For life spares no one, so do the Korean creators. So, Korean series and movies are a binge-watching therapy to escape from the reality of life and overwhelmingly cliched content online, for it deals with reality and reality alone (strange silence, if you ‘whatabout-zone’ me for the Korean romance genre).