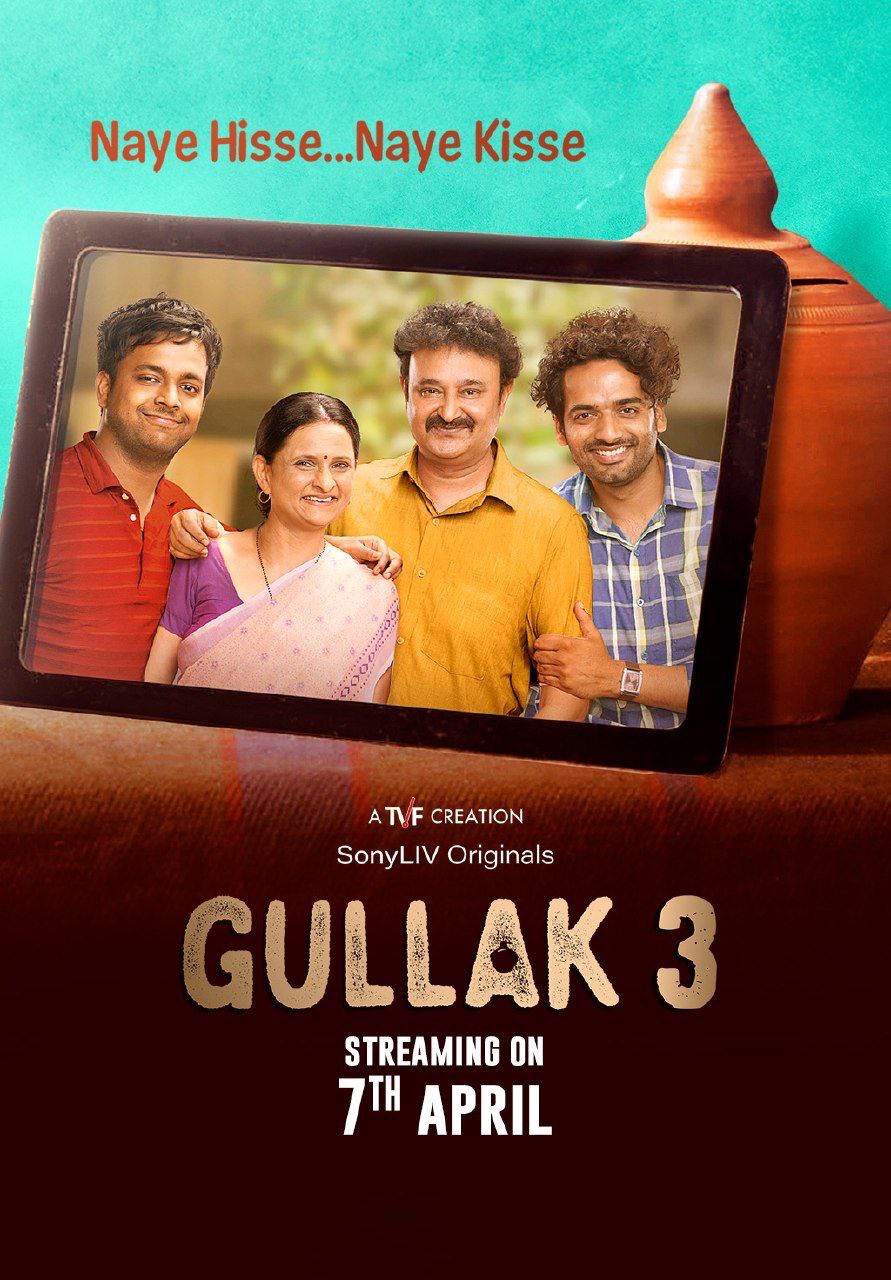 Gullak, the popular OTT family drama, returns this week with its third season. Due to its compassionate plot and apt representation of a middle-class family in North India, the show has gained a huge fan base since its release in 2019. The webseries, Gullak, revolves around the story of the Mishra family. A family of two parents and two sons dealing with financial difficulties and other everyday problems of a typical Indian middle class man. Here’s what makes this middle class’ story an extraordinary one.

Gullak brought a nostalgic feeling as it reminded me of my childhood Door Darshan broadcasts in the late 1980s and early 1990s. Back in those days, Door Darshan broadcasts were the only source of entertainment we had. We used to gather in the evenings in our living room and enjoy the shows together. Gullak is one such A-certificate, feel-good, and wholesome watch in recent times.

The TVF show starring Jameel Khan, GeetanjaliKulkarni as Mr and Mrs Mishra with Vaibhav Raj Gupta and Harsh Mayar as Annu and Aman, their kids, depicts the life of an average middle-class family that struggles with a strict budget to run the household and emotional dysfunctionality that ironically acts as acatalyst in weaving more compassion among the family members. Gullak feels like a breath of fresh air among the noise of regular OTT shows.

Gullak, directed by Palash Vaswani and written by Durgesh Singh, centres around the day-to-day lives of the Mishra family, who live in a small town in India.The show begins with a ‘Gullak’ narrating the story of the Mishra family and explaining each character. The attention to detail of the writer beautifully reflects the Indian middle-class family’s dreams, aspirations, hopes, and ambitions. Shanti Mishra, the matriarch of the household tries her best to keep the wheels of the family’s sustenance turning as she communicates through shrieks and piercing stares.

Annu, the family’s eldest son, aspires to land a government job (exactly like every other elder son in a middle class family) and scurries around everywhere looking for a source of income and validation to prove his worth to his family. Aman, the younger brother is frequently subjected to family pressure to prepare well for his board exams and naively engages in the family members’ banter. And Santosh Mishra, the patriarch of the family, a government employee keeps himself busy resolving fights between his children and pleasing his wife. This family is happy with what they have yet aspires to attain greater heights in their individual lives. The collective saga of this family and a peek into everyone’s individual life is what makes it even more interesting. It is like you know this family in real life.

This middle-class family has a humble lifestyle: fighting and squabbling, but at the end of the day, genuinely there for each other. This family tries to get by within their limited resources while trying to better their circumstances. The supporting cast stands out and makes the story interesting for the viewers. The annoying neighbour ‘Bittu ki Mummy’ played by Sunita Rajwar reminds us of at least one person we have known in our neighbourhood who inflicts pain by taunting with an unfaded and shameless smile.

The on and off banter between Bittu ki mummy and the family will leave you in splits. Lucky, Annu’s companion, played by Saad Bilgrami, comes across as a true confidant who will not leave his side by hook or by crook.

As the protagonists leap over their various obstacles, there are more tears than chuckles. The tough love that holds the family together and makes it so irresistible stays till the end, but with a dash of sentiment. There are no core-shaking epiphanies that occur in the Mishrafamily’s mundane life. All that matters to the family is to maintain sanity, while they deal with their respective over ambitious dreams.

Gullak season 3 just tugs at the viewer’s heartstrings. The Mishra family juggles between new milestones that somehow seem to step at their doorstep – The younger son, Aman clears his exam with flying colours and now the Mishra family struggles to enrol him into a good school that can provide him with a better future. The elder son, Annu finally bags a job in a private sector and the main man of the family, Santosh Mishrafinally gets an LTA application with a warning to avoid any further unwanted situations at work and get involved in office politics.


The title of the show shouldn’t be taken in its literal meaning because there is depth to it. Even the creators and writers of the show were in splits when deciding on the title. For example, they emphasize the distinction: “Gullak – not to be confused with ‘piggy bank’ – woh plastic se bannta hain, aur main mitti se.” This is one of many instances where Durgesh Singh’s writing shines through. Gullak is, in fact, a piggy bank in the literal sense. However, it deprives the show and its characters of their substance, because the storylines are not artificial as plastic. They are candid, raw, and genuine.

The third season of Gullak combines beautifully the tears and laughter of the first two seasons. The charming characters and their day-to-day living struggles are again a nostalgia to reminisce about your good old days. ‘Gullak 3’ maintains the very same format as the previous two chapters and tries to be as realistic as possible to the audience. Despite some tragic and somber scenes, this family drama is a fitting successor to its predecessors and will leave you ecstatic and with happy tears in your eyes at the same time.