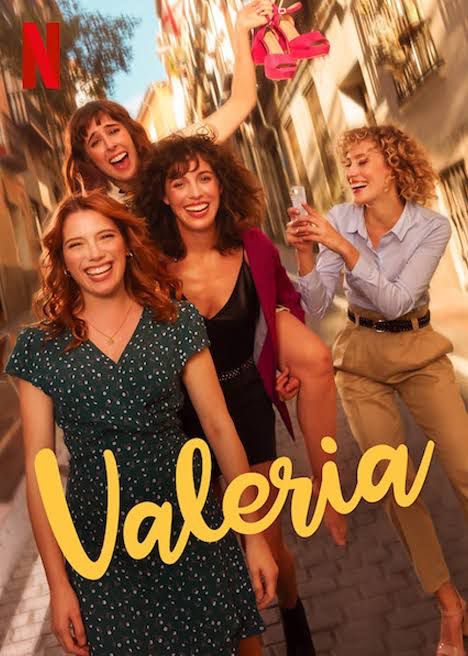 There are literally infinite series and movies to watch on Netflix and sometimes even after all these choices we end up watching only what’s popular or something that we have already watched like Friends. Asking your friends for recommendations is old news. We have curated a list of few series for you and other movies that you should definitely watch, because they are different and unique.

The Spanish comedy is a super fun watch. It is based on a novel and revolves around Valeria Gomez, a writer whose career andmarriage are complicated. Valeria and her friends embark on a journey of exploring and emotionally investing in love, jealousy, infidelity, sex, work duties, joys, doubts, lack of love, romance, and the future. The story revolves around her and how she grows and evolves as a character. The sex part in the series makes the storyline even more interesting.

This is about a classy couple, Arya and Surveen. They decide to part their ways with divorce but in the meantime tries to find ways to tell their daughter and in the process also do things that they would do without each other. The seemingly tragic story is actually a comic story. Decoupled is worth watching because of how well R Madhvan brings out the character and leads the story forward, it’s definitely a good one time watch.

This show provides a small, non-biased glimpse into different topics. Both positive and negative aspects of the subjects are scientifically backed. It typically includes the history of the topic as well, making it an easy to follow and well put together program.

It’s hard to find information on some of these topics without running into a bias, but this show really offers diverse perspectives. We recommend this to all curious souls who is curious about everything in every field ranging from skin, cell biology, sex, life, and what not. It has something for everyone.

Riveting with poetic grandeur, the novel-inspired series explores London high society through its opulence in just 8 episodes and comes back to drop your jaw in astonishment with season 2. . If you love the grandeur, beautiful gowns and ball dancing, this is the show for you. To people who are fascinated with the royalty and royal life, Bridgerton is going back in time to witness the grandeur of the royal era in blood and flesh (not literally!) The music by Vitamin String Quartet is an unparalleled backdrop, the language is nothing short of inspiring (another jaw-dropping element worth all the appreciation for its perfection of reflecting the age-old royalty), and the acting and subplots are verygripping in their own ways.

The show feels like a quickie, you’re satisfied but you will be disappointed to experience how quickly it ends. The series is full of steamy scenes, sexual fantasies, smut journalling, and boring marriages. The show is about Bille who is frustrated by the lack of passion in her marriage with Cooper, the monotonous lifestyle makes her question her choices, so she starts journaling and obsessing about her ex-boyfriend, Brad, who was a big red flag but was wild enough to keep her going back to him all for the sake of passion. The series also showcases a good strong-headed friend of Billie, Sasha, their friendship was sweet enough for us to want a best friend like her to discuss our ‘sexual’ fantasies.

The story revolves around the male stripper Hugo, who wants to prove that he is not guilty and has been framed for a crime he thinks he didn’t commit. He’s currently serving 15 years in prison for the murder of his lover’s husband. However, Hugo has absolutely no memory of the night when it all happened. Still, he know he is not so cold to kill a human being. He teams up with his stripper friends to find out the mystery how he has been framed and take revenge. Although each episode is 1-hour long, the story is strong enough to keep you interested till the end.