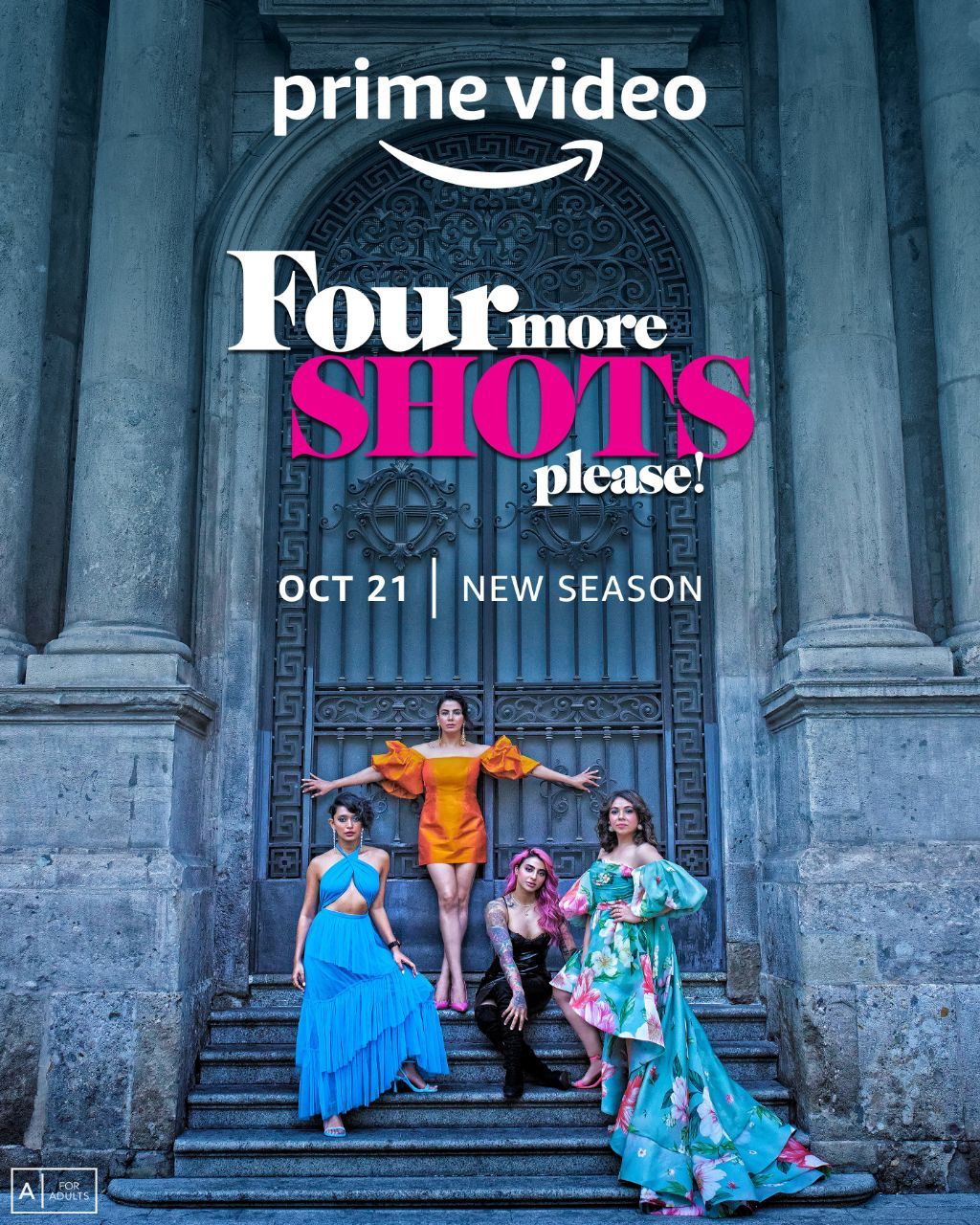 Joyeeta Patpalia Director of the series this time brings to the table an unapologetic woman of today, who speaks her mind, who’s sensitive, sensual, and vulnerable yet she’s not ashamed of all the  fuck ups that she goes through in life. She handles all her baggage in the best way she can, with sole responsibility, no blames, and no hang-ups!

Season 3 picks up with Siddhi’s condolence speech after the sudden tragic demise of her father in season 2. Siddhi undergoes a sea of emotions and pain being in a  constant state of nostalgia after losing her father, who was her best mate. More than she feels sorry for her mother (Simone Singh) who’s a young widow in her late 40s, she feels irritated, fights, and even mocks her dilemma, who’s now become the center of attraction to all the men seeking an opportunity to offer her comfort as a companion to fix her loss.

Damini Rizvi Roy who’s a seasoned political journalist is dealing with her career backfire. After her book faced public protests, she was put to cover and report potholes in Mumbai which may lead to environmental hazards in the city. She not only struggles through her day-to-day duties, but she is also recovering both mentally and physically from her past relationship and miscarriage. She finds it difficult to move on and fall in love again completely with her boyfriend (Prateik Babbar) unless she feels her power back after joining hands with a young political prince.

The plot has many layers of male characters who enrich the story, showcasing how vulnerable even the men folk can be while they are careless, irresponsible, and struggle to prioritize life, breaking that Superman stereotype image of men, as being more capable than women in the Indian society.

Anjana a successful lawyer struggles with her ex-husband Varun ( Neil Bhoopalam) who is remarried to Kavya (Amrita Puri) but keeps moving back and forth in her life, lacks a balance and a sense of responsibility, and keeps messing up with his two wives. While, Umang lives with her childhood trauma and struggles to prove herself to her father, who adored and appreciated her brother more than her. He neither approved of her career choices of being an athlete or a fitness trainer nor her love choices. Despite her being a lesbian, wanted her to settle down in a marriage, calling her ‘paraya dhan’ being a daughter.

It’s overall an inspiring experience to watch this season,which challenges the right to make choices be it to choose your profession, your partner, or one’s own body which is irrespective of one’s gender and cannot be looked down upon for being a woman. While the story also deals with men who are calm, intelligent, and responsible and end up giving the support system every woman seeks in her time of crisis from a perfect mate for Siddhi (Rajeev Siddharth) as ‘Mihu Pihu’ or the best buddy to Umang (Jim Sarbh) who plays Sean Lobo, who plays a yoga instructor.

The series goes slow and steady until it brings an emotional roller coaster while it unfolds their lives, with dramatic experiences of traveling to pind (punjab) while Umang decides to sort out her grudges against her father. You feel a deep sense of pain during her interactions with her disapproving father while she confronts him after her breakup with Samara Kapoor. The scene delivered crisp dialogues, realistic exchanges, and a good performance by Bani and good direction.

While there are dramatic turns in the story after episode 8 to see how Damini realizes to get serious with her profession and Anjana resolutes to stay away with married folks, while siddhi stops complaining,  starts to understand her mother, reconsiders re-living a life, and embracing love yet again.

The light-hearted drama with a pinch of pop culture takes you through the journey of these four women on how they feel and deal with their career choices, relationships, aspirations, humiliations, loneliness, confrontations, denials, and insecurities in life. They stand by as pillars of strength together and inspire each other to take all the challenges head-on, and finally resolute to say goodbye to situations and relationships which don’t serve any purpose in life, opting for a perfect closure!