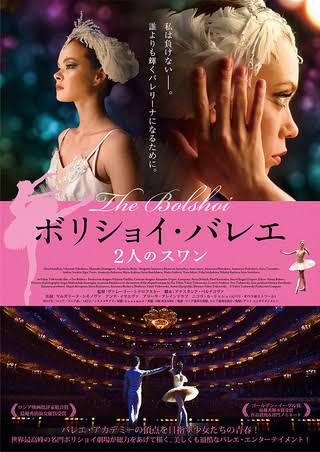 The Russian Film Festival 2022, held in Mumbai brought an exotic line-up of films including the biggest of Russian block Busters bestowing world-class cinema and performances. Russian films are indeed rich in content and cinematography with the heart-touching narration of stories, with a human factor that goes beyond any language, which received an immense response from the Indian audiences…writes Dr.Priyaankaa Mathur.

India has had a very special relationship with Russia in terms of filmmaking for many decades, especially during the 1950s and 80s. While the Indians got to know about Russian culture and history from Soviet films, Indian cinema and stars won millions of hearts in the Soviet Union.

There have been many films like ‘Alibaba Chalis Chor’ and ‘Sohni Mahiwal’ which have been created in collaboration with Russian artists and filmmakers. Indian films like ‘Mera  Naam Joker’, ‘Awara’ and ‘Disco Dancer’ became popular in Russia with the songs ‘ Mera joota hai japani’, ‘Awara Hoon’ and  ‘Jimmy Jimmy Aja Aja’. While, the Indian actors Raj Kapoor, Nargis, Hema Malini and Mithun Chakraborty became household names in Russia gaining immense popularity amongst the Russian audiences.

This year the Russian Film festival was yet again in the city of Dreams Mumbai which was held at Cinepolis from 17-20th November. The festival indeed aimed to revitalize the strong cultural linkages that existed between Russian and Indian cinema and strengthen the strategic partnership.

The festival showcased  4 interesting films including – ‘A Dog Named Palma’, ‘Son of a Rich, ‘The Bolshoi’, ‘A Young Man’ and an animation film ‘Fixies Vs Crabots’. Although the films were presented with both Hindi and English subtitles for ease of understanding the stories were so drawing that language wasn’t a barrier to understanding as the expressions and the plot were flawlessly directed.

The film ‘Son of a Rich’ also known as ‘The Kholop’ in Russia, Directed by Klim Shipenk, is co-written by Darya Gratsevich, Anton Morozenko, and  Dmitry Permyakov. The film stars -Milos Bikovic, Vadim Demchog, and Ivan Okhlobystin in the leading roles. Son of a Rich is indeed a blockbuster comedy, the biggest gross-running film in Russia which can be compared to  India’s Bahubali.

A story leads to the complete transformation of a spoilt brat Grisha (Milos Bikovic) who’s the son of a rich businessman.Grisha lives a frivolous lifestyle, while he thinks he’s even above the law. Until, his father devises a plan with the help of a psychologist to set him right and transform him to realize the correct way to lead life, by keeping him in disguise with reality.

While after an accident Grisha wakes up in a 19th-century village and finds himself as a peasant who lives on his master’s estate. The entire plot is enacted by actors to make him believe that he has traveled to the past, while they act with a mission to turn around his entire personality. He eventually learns how to communicate and respect fellow humans, while he also experiences true love in the process. The film is a well-thought entertainer, full of funny moments with excellent comic timing, exotic screenplay, and locations, while its unexpected climax, succeeds in enthralling the audiences to the core.

‘The Bolshoi’ was yet another musical masterpiece showcased this year. Directed by Valeri Todorovsky, the film has music by Pavel Karmanov and Anna Drubich. The film is at par with the film Black Swan a masterpiece in this genre, in terms of its music, choreography, and ballet performances. The film has won several awards including the Golden Eagle Award for Best Screenplay.

The film takes you to the world of an aspiring Ballerina Julia (Margarita Simonova), and her struggle to follow her dreams that lies between the beauty of the stage and her crude reality as a poor child. The film depicts Julia’s journey from childhood to adolescence and how she competes to enter the prestigious Bolshoi dance theatre in Moscow, to become an exceptional Ballet dancer. It’s the tale of choosing between friendship, love, and family over a dream to be the best dancer and make it to the top. The film portrays well the hard-to-learn techniques of ballet as an art form, which requires absolute self-control, dedication, and perseverance, while one sometimes needs to undergo prejudice and sacrifices to achieve the final goal.

While, Julia had no option, but to support her family financially she chooses to quit her dream to play the lead role in exchange for money from her best friend’s mother, to support her family. When her best friend Karina( Anna Isaeva), comes to know the truth she quits her performance to give Julia that final chance to perform. It’s a roller coaster of emotions how Julia feels at the  time of the final act doubting her capabilities, but a sudden thought of  her teacher Tatyana(Anastasiya Prokofiev) to whom she dedicates her final victory, brings her the courage to rise and give her best.

The ‘Young Man’ is another remarkable film, that showcases the struggles of Vanya Revzin, who fails to impress his mother despite all he does, and thinks himself as a failure in life. Despite being a good student he fails to succeed in his studies, he is fired from his job and even his wife leaves him for another man. He decides to give life a second chance to relive and rejuvenate it, by attending a youth camp pretending to be seventeen-year-old old, despite being thirty.

The story has many twists and turns while he competes with other students much younger his age, finally winning the prize money. But, then he stands to his principles taught by her mother and distributes all the money to the contestants from poor families, finally receiving his mother’s appreciation.

Talking about the selection process of the films this year, Ms. Rabia Member of the Directorate of Russian Film Festival 2022, said,” The selection of the films was made by Roskino Russian Federation and Ministry of Culture of Russia. The selection was based on criteria based on box collections, the popularity of the movies in Russia, and also according to suit the taste of the Indian audiences.”

Film Producer and Director B Subhash, present at the festival shared his experiences, said: ” Festivals are always very interesting, as you get to witness many different characters, ideas and how a film is dealt with in terms of the story, screenplay and various aspects of film making. This year I saw some great films from Russia. My film Disco Dancer was one of the biggest grocers in Russia and the Russians loved it, especially the song ‘Jimmy Jimmy aja aja’ and Mithun’ both became very popular there. There is a very special bond between Indian and Russian cinema, which is quite evident here.”

The Russian Film Festival 2022 was indeed a way ahead to create love and respect for our mutual cultural heritage and shared histories. This exchange of Russian cinema to Indian audiences and visa versa is the way ahead to present and showcase our mutual cultures, values, and beliefs with strong narratives and storytelling, which is the only way ahead to touch and impact global audiences.