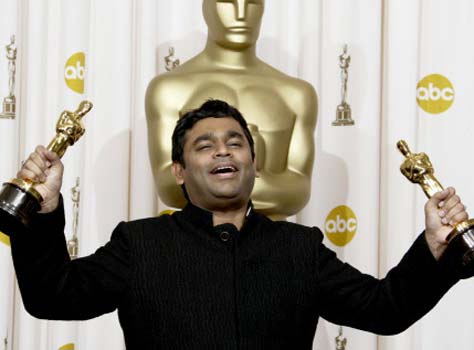 Mumbai: Coming as a rude shock here’s an accusation which might startle you no ends. Music composer Ismail Darbar has said that the Oscars won by music maestro AR Rahman for Danny Boyle’s ‘Slumdog Millionaire’ were compromised aka ‘bought’!
Retorting to the claims of Darbar, Rahman said “Oscars cannot be bought. It’s 3000 people… how can it be possible!”
Without offering any proof for the claims he has made, Darbar at a recent press conference in Nagpur said that AR Rahman, who has to his credit two Academy Awards — Best Original Score and Best Original Song — for his music in ‘Slumdog Millionaire’, had ‘bought’ the honours and did not deserve them.
On contacting, he explained, “I just don’t understand how the music for that movie won the prestigious award. Aap hi bataiye us film ke music main Oscars jaisa kya tha … kuch bhi toh nahi tha (What was extraordinary about the song ‘Jai Ho`? Nothing). Agar Rahman ko `Roja` ya `Bombay` ke liye milta, toh samaj bhi aata aur main bhi khush hota… but not for Slumdog (I would have been happy had he won it for films like `Roja` or `Bombay`). He did not deserve it. Aur, mujhe pata hai ki ise kharida gaya hai (And, It know that it has been bought).”
Darbar further said that it is not publicity that is driving him to make the allegation. “There are other ways to get publicity,” he said.
Meanwhile, others from the industry seem to support Rahman. “It’s sad if Darbar said that. Rahman has made us proud,” said composer Lalit Pandit. “I don’t think Rahman can ever do that,” said composer Sulaiman Merchant. Filmi Files is a website which offers news, views and even the inside stories from the glamour world be it Bollywood or Hollywood, for those who love the world of movies, stars and the art of cinema.
Well, only time will tell if there is any truth to the claims made by Darbar against Rahman, or is this case of sour grapes?

See here to know more in detail about how John Abraham Single and Ready to Mingle!