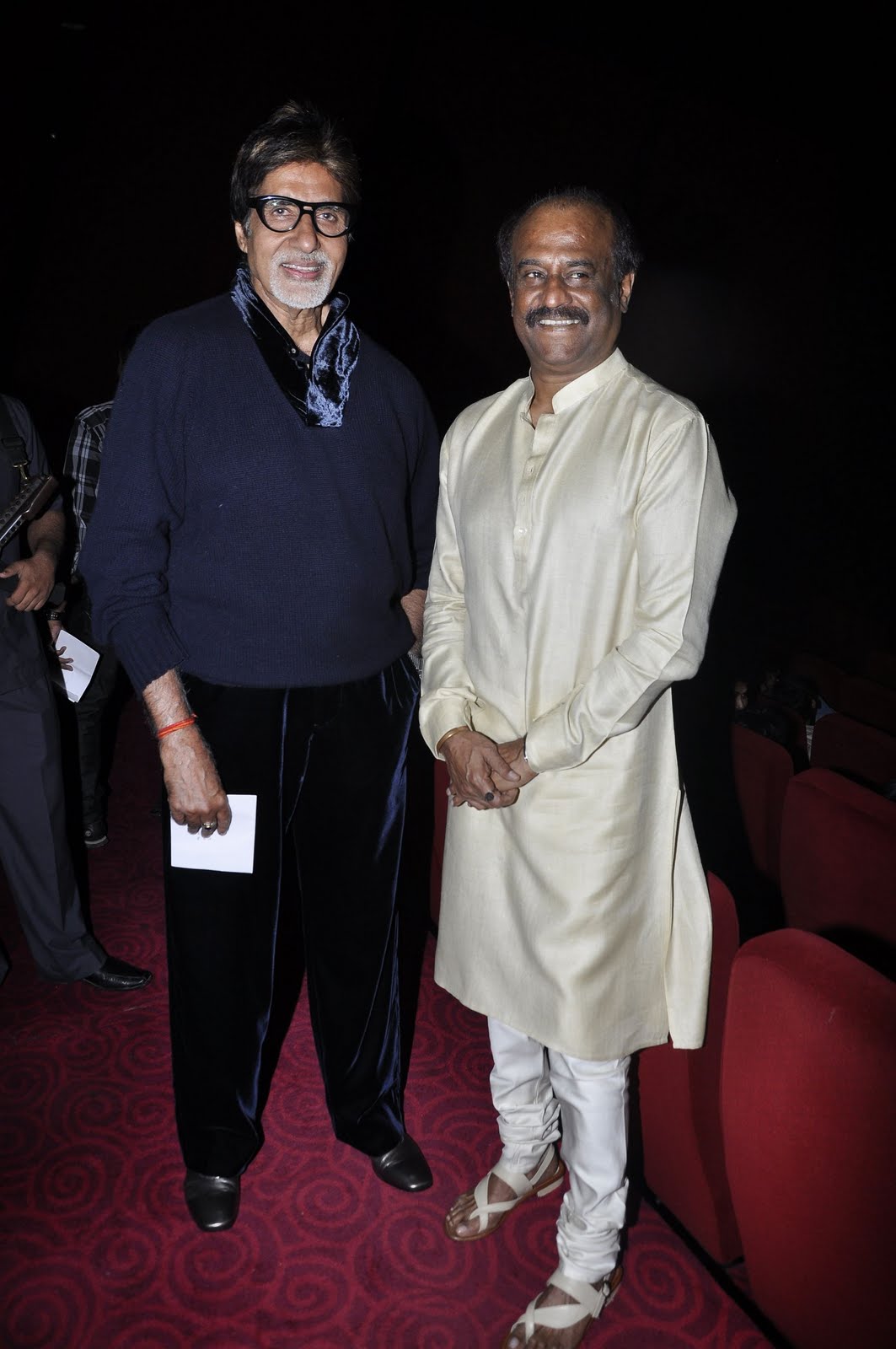 Megastar Rajinikanth has been admitted to the intensive care unit at the Mount Elizabeth Hospital, where his condition is said to be stable but before leaving Chennai he left behind a voice message promising his fans that he will be back soon.
The 61-year-old actor flew in to Singapore yesterday and was immediately taken to the ICU for “rest and rehabilitation” after being discharged from the Sri Ramachandra Medical Centre where he was admitted on May 13 for respiratory infection and other problems.
His son-in-law Dhanush, a Tamil actor, said that his condition is stable and there is no cause for any alarm.
With his fans converging at the Chennai hospital in large numbers enquiring about his health, the `Endhiran` star left a brief recorded voice message in Tamil promising them that he will be back among them soon.
The voice clip was sent to the media and fans by his daughter Soundhariya before he left Chennai.
“I am happily going about my routine. Will come as soon the treatment gets over,” Rajinikanth said in his one-minute message.
“How can I reciprocate the love you have shown for me? I get money for acting, for that you are showering so much love. How will I pay you all back?”
“I will conduct myself in such a way that I will never let down all my fans throughout the world. I have God`s blessings and the blessings of the Guru. Above all, I have the blessing of all my fans who are the manifestation of God,” he added. Special pooja and “homams” (puja performed for a particular deity by invoking Agni ? the God of Fire) were conducted across temples in Tamil Nadu by fans for his speedy recovery. While some ardent fans tonsured their heads, others ate food served on floor.
Devotees flooded micro-blogging site Twitter to convey their prayers and best wishes for the superstar. Filmi Files will bring more Bollywood masala news to you soon so stay tuned.
“My prayers are with RAJINI, he moves the people of TN, he is their icon and hope, a truly non corrupt non intrusive icon,” wrote one fan, while another posted, “Let us all pray for Rajini sir 2 get well soon.”
Rajnikanth had suffered from exhaustion on April 29, the first day of the shoot of his latest venture `Raana`, and was admitted to the Isabel Hospital in Chennai.
He was discharged the same day only to be readmitted there on May 4 for allergic bronchitis and viral fever.
On May 13, he was admitted to Sri Ramachandra Medical Centre for respiratory infection and other problems.