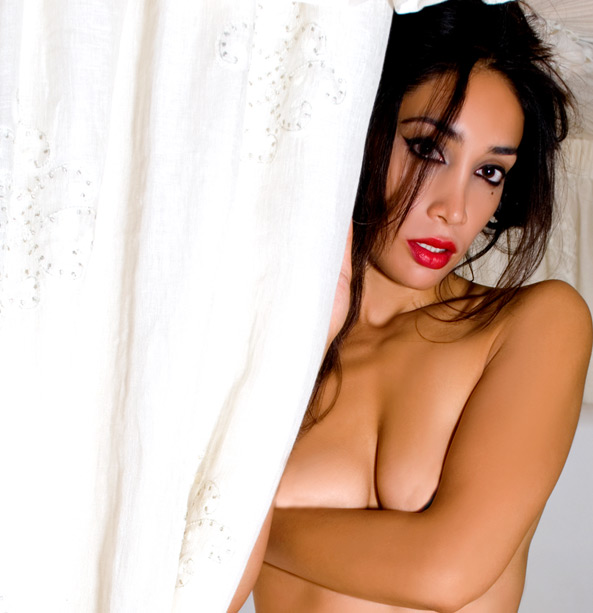 Vinod Mukhi’s Diary Of A Butterfly marks my Bollywood debut. It is a film about two friends, Udita Goswami and myself. The film examines the lives of these two women and explores the ups and downs of their friendship. I essay the role of a loving, homely Catholic girl who is having trouble with her boyfriend.
Casting coup
I went for the auditions and bagged the role. But before the shooting of Diary Of A Butterfly commenced, I had to watch a couple of Bollywood flicks to master the language. I belong to an Indian family, which had settled in UK in the seventies, and for me Hindi is not alien. But as I had not spoken the language for years, I had to touch-up on my Hindi-speaking skills.
Stepping-stone
I have a BA Honours in Performing Arts and Music. I started to perform at the early age of five, when I wrote my first song and performed for my family. From then on I was always involved in school plays. I featured in Hollywood feature films including The Unforgettable, Cash And Curry and Exitz. I had also appeared in Jonathan Creek and Waterloo Roadthat aired on BBC.
First shot
It is a confrontational scene between Udita and myself. We are standing on the balcony and talking of my relationship. On the first day of the shoot, I was very divorced from the situation and the team. Here were a bunch of people I had never met before, and I felt like an alien for the first three days of the shooting. Filmi Files will bring more Bollywood masala news to you soon so stay tuned.
Lessons learnt
One needs to be very hardworking to be a part of the industry. Things are very chaotic in Bollywood, and as an actor I have realised that it’s important to be open to all kinds of roles and be very pro-active to climb the ladder.
Stumbling-blocks
Acting for Bollywood is unlike what goes into a performance for a feature in UK. Cinema is larger than life in India; probably that stems from the living conditions of Indians and the fact that cinema represent art and escapism. Acting in England is very subtle, while in Bollywood the gestures are 10 times louder. For me, I had to unlearn everything I had learnt during my acting years back home. It was like going back to kindergarten.
Matinee idol
I love Hrithik Roshan as an actor; he has got enormous potential and is a great dancer. I watched his film Guzaarish, and I felt that his performance in the film was not very impressive. But as an actor he has good films under his belt and I would love to work with him. There’s lot of talent in India. I like Dibaker Banerjee’s body of work including LSD and Oye Lucky! Lucky Oye. My all-time favourite is Mother India.
Future projects
I have a couple of films in the pipeline. One will be shot in London and is expected to go on floor in July. Sofia hayat have signed another project that will be shot in Mumbai and its production will begin in the second half of the year. I am eagerly looking forward to Diary Of A Butterfly. The music in the film is great and it has been shot very well. I hope the film fares well at the box-office.