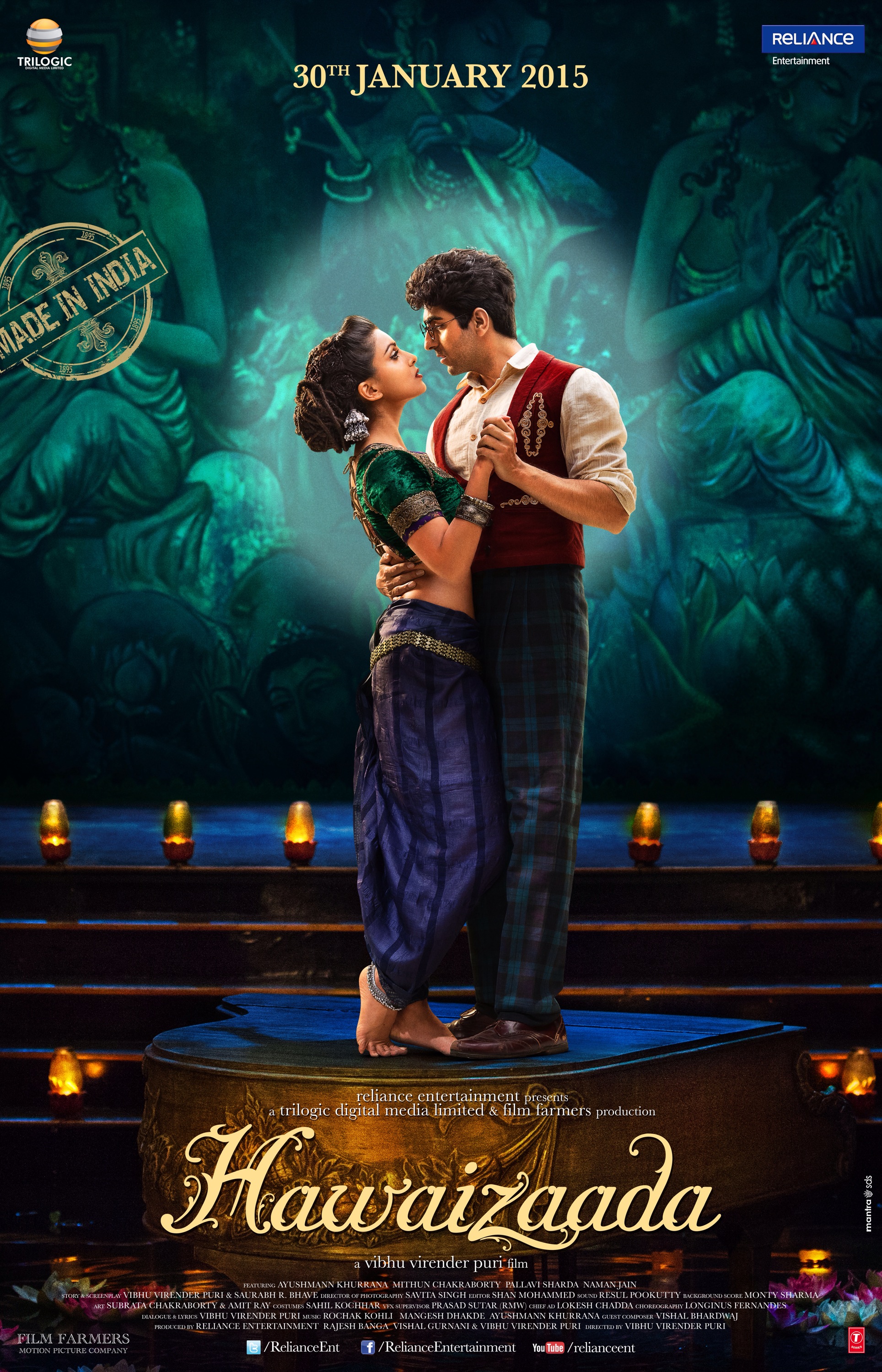 I once heard a case of a baffling robbery. A woman walking down to her house, wearing a gold chain, was accosted by two young men on a bike, who snatched her chain, pushed her down and sped off. The very next day, the same young men, accosted this woman again, threw the chain on her face, slapped her and shouted, “How dare you wear artificial jewellery and waste our time?” I don’t know how true this incident is, but I was too stumped to react when I heard it. How distressing it sounds to be robbed and then be wacked for it. Ah! you are shaking your head at me and exclaiming, “Get real woman, this doesn’t happen in the real world”; well in that case my dear friend, I would suggest you watch the movie Hawaizada, it’s a close enough experience. By the end of the movie, not only did I feel robbed of my time, but the movie left me reeling back with its forceful foolery, distasteful sets and a collective clownish acting by all. My movie experience can be described by the movie title itself: How-Why-Zzzzzz-Duh! There you go ladies and gentleman that is Hawaizada for you.

Shivaji Bapuji Talpade (Ayushmann Khurana) is a 4th class fail and a loafer. Shastriji (Mithun Chakraborty), is a supposed eccentric scholar who lives in a ship anchored ashore. Shastriji sees an unseen potential in Shivaji and together they work for years trying to build an aircraft.

Though supposedly based on a true story, other than the central theme that a man named Shivaji Talpade built the world’s first unmanned aircraft in the 1890’s, the plot has no connection, whatsoever, to real events. There are mere two things that I liked about the movie- a) Atleast in India, the Wright Brothers will no longer be credited to have built the world’s first aircraft (thanks to this movie) and b) child actor Naman Jain (of Chiller Party fame) who is a pure delight (and the only delight) to watch on screen. He was only one in the entire cast who seemed to know his place in the movie and justified his character to the last word.

Things I absolutely detested about the movie is a very long list- a) The sets!!! They looked like they have been picked right out of Sanjay Leela Bansali’s Saawariyan and squeezed into the movie for no rhyme or reason. You will keep asking yourself, is this even Bombay? b) For the entire first half, I was convinced the movie was a musical. There was a song right in the very beginning, then 10 mins into the beginning, then a few more minutes after the last ten minutes…… and so on. And not a single song seemed to fit into the frame or the time period nor the situation and neither were they fun to listen to. They wanted sing, so they sang. Period! c) Ayushmann and Mithun Chakraborty were disappointing in terms of their acting. It was often amateurish and clumsy without seeming amusing. d) Other characters like his Shivaji’s mother, father, sister-inlaw, his lover (Pallavi Sharda) were more prop-ish that the props themselves. Their characters were ill sketched and have neither been given space in the movie nor do they characters have enough flesh to experiment with. e) There is absolutely no story, you keep moving from once scene to another, lifelessly and wistfully.
Hawaizada is a directorial disaster. It’s drab, dragging and depressing. Stay home folks, have warm food and bask in the sun!
My verdict: *