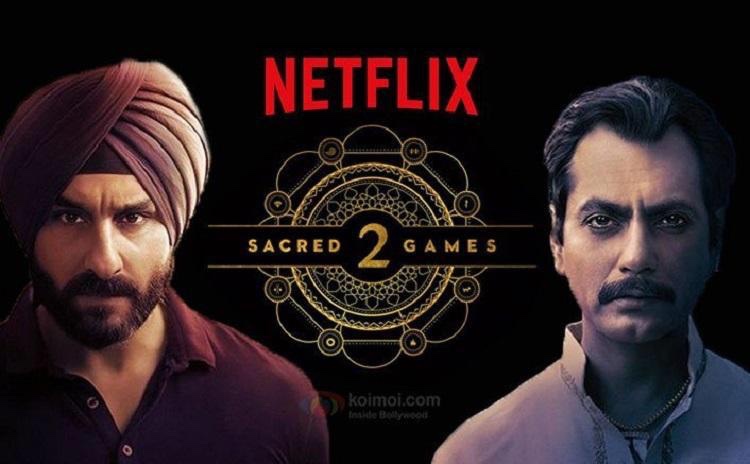 The very anticipated second season of Sacred Games went live on Netflix at 12 AM on 15th August. Sacred Games is India’s first original Netflix series directed by Anurag Kashyap.
First season of sacred games ended up with a mystery waiting to be uncovered in the second season. The first half seems boring but it initially catches the momentum and ends with an absolute awe factor.
Sacred Games 2 did unfold the mystery however, it is receiving some mixed reviews from the viewers.
One of the viewer Ms. Shivani Grover writes,
“This season doesn’t justify the hype this show had. Nawazuddin Siddiqui aka Ganesh Gaitonde called himself God in the first season but in this season he is like, Who am I? So yeah it was below my expectations”.
This is certainly not what the makers would’ve expected. Although, Nawazuddin Siddiqui has done a marvellous job and so has Pankaj Tripathi who played the role of Guru Ji.
Overall, Sacred Games 2 definitely made a lot of buzzes and people are gushing about it on Twitter and other social media platforms. Sacred Games series is a must-watch if you’re into thriller and some good acting.
The season ended with a cliffhanger and fans are already waiting for the third season.
Watch the second season and do give your comments. Filmi Files is the best site for checking out movies reviews and latest tinsel town gossips.