We’re all movie buffs and love the entire process of its production. It turns out that making a terrific time-travel film isn’t easy. Several films have attempted and failed for various reasons. There’s the logic, which can be a problem, but a story can also rely too heavily on the plot mechanism, resulting in a lack of interesting or memorable characters. However, there are some truly outstanding time travel films that capture the notion and create vivid and original stories, many of which have endured the test of time.

With that in mind, here’s a list of the greatest of the best time-travel movies. Some are funny, some are nice, and some are just plain entertaining. Enjoy your binge-watching!

Most time-travel movies aim to keep the mechanics of time travel simple, but Shane Carruth’s head-spinning 2004 film Primer does not. The indie film follows two engineers who, while toying with entrepreneurial tech ventures, unintentionally uncover a time-travel mechanism and its most scientifically intense time-travel movies ever filmed.

This has to be on the to-do list, right? The Terminator, directed by James Cameron and released in 1984, is significantly more grounded and low-key than its sequel, but it still delivers a punch even after all these years. The Terminator’s effect goes far and wide, thanks to a wonderfully creative premise, a captivating performance from Linda Hamilton, and proof that Arnold Schwarzenegger could act.

About Time is without a doubt the most emotional film on the list. Richard Curtis had previously melted hearts with Love Actually and Pirate Radio, but his return to his Four Weddings and Funeral roots (which he didn’t direct, but did write) in About Time. On-Time takes advantage of the time-travel genre’s opportunity to wax philosophical about mortality and regret in a new way by focusing on a very genuine connection between a father and a son. The romantic comedy between Domhnall Gleeson and Rachel McAdams is the hook, but the film’s tear jerking core is the relationship between time-traveling father and son Gleeson and Bill Nighy.

Some people believe Back to the Future Part II is a horrible film, but they are incorrect. The original film by director Robert Zemeckis is unrivaled, but for the first sequel, the typically ambitious filmmaker doubles down on the time travel theory while also brilliantly repeating the first picture. First, we get a kitschy, Easter Egg-filled vision of the future, followed by Marty McFly having to go back in time to save the future—all while evading his other time-traveling self. It’s a challenging tightrope walk that only a director with this much vision and courage could pull off.

You know, the movie started as a joke and then turned into a reality. Idiocracy director Mike Judge couldn’t have guessed how accurate his film would be a decade later, but he and co-writer Etan Cohen had their finger on the pulse of what was going on in America at the time—enough to uncover harsh realities that are still pertinent today. While the fundamental premise of a man being “frozen” for hundreds of years has been done before, what makes Idiocracy stand out is the comic precision with which Judge executes his dumbed-down vision of America’s future. And then there are the batin’ jokes.

Whether in an indie noir-like Brick or a big blockbuster like Star Wars: The Last Jedi, writer/director Rian Johnson has always demonstrated an excellent balance of ambition and meticulousness, never letting his reach exceed his grasp. Looper was Johnson’s first step into the sci-fi genre, and he did so with verve, delivering a convoluted time-travel thriller that was first and foremost about the characters. The film flips the idea of “What would you do if you could go back in time and meet your younger self?” on its head, throwing in some tense action sequences and thought-provoking moral dilemmas for good measure. 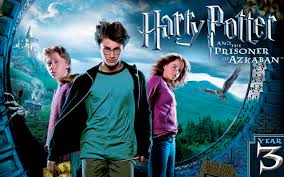 Harry Potter and the Prisoner of Azkaban is not only the best film in the franchise (fight me), but it’s also one of the best time-travel films ever created. The adaptation of J.K. Rowling’s popular book series, directed by Alfonso Cuaron, altered both the aesthetic and narrative approach, and though the base of the storyline is all Rowling, Cuaron’s execution makes this thing soar. From incredible cinematography to aural elements that clue the audience into the shifting time scenarios, Azkaban is full of wonder, curiosity, and danger, and it’s an absolute joy to behold.

The 2009 reboot of the Star Trek franchise by director J.J. Abrams avoided the challenge of “erasing” the heritage of previous films/TV episodes by employing one specific device: time travel. This brilliant idea allows Abrams’ wildly entertaining film to exist in the same universe as the previous Star Trek films, with Kirk, Spock, and the rest of the gang, while also opening up new possibilities for the future—even though Abrams’ Trek focuses on Young Kirk, he exists in a new and changed timeline, so the future isn’t entirely predetermined. Star Trek (2009) is a minor miracle in that it can explain this concisely while also serving as an incredibly entertaining adventure in and of itself, and while the sequel Star Trek Into Darkness harmed some of that goodwill, Abrams’ first film remains one of the most easily rewatchable blockbusters of the twenty-first century.

While Terry Gilliam is no stranger to time travel (his 1995 film 12 Monkeys almost missed the cut on this list), it is one of the most memorable examples of the genre. The sci-fi drama marries Gilliam’s weird sensibilities with gritty and real-time travel to create a filthy and fascinating experience. Bruce Willis portrays a future prisoner sent back in time to find the origins of a fatal virus that decimated the Earth, while Brad Pitt gives a fantastic performance as a possibly insane mental institution inmate. Gilliam, who isn’t one for the convention, keeps things deliciously odd throughout.

Edge of Tomorrow is the right blend of Tom Cruise action, Emily Blunt’s fortitude, Christopher McQuarrie’s distinctive tastes, and director Doug Liman’s audacity. Many have attempted and failed to replicate Groundhog Day’s “trapped in a loop” premise, but Edge of Tomorrow takes that nugget and runs with it, making every scene fresh even though we’re watching the same day play out over and over. The secret sauce is having Tom Cruise play an out-and-out coward, which contrasts with the general notion of his on-screen demeanor and makes for a very refreshing viewing experience. Edge of Tomorrow is Hollywood’s White Whale: a really original and immensely entertaining movie.

Moving forward, which may be almost as risky, is considerably more rewarding to view your future and civilizations, or even to ride in The Jetsons’ flying automobile (you’ll get it if you’re a real fan!).

These are the best time travel sci-fi movies. We hope you enjoyed them over the weekend! Let us know which one you liked the best!