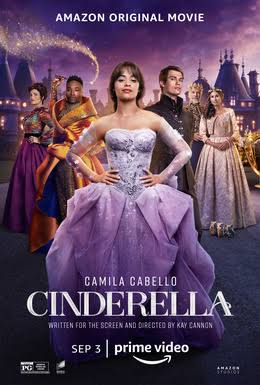 Cinderella is a fairy tale story of a charming village girl Ella(Camila Cabello), who dreams to change her destiny, by not just choosing to marry a charming prince, but pursuing her dream of becoming a dressmaker and travel the world with him.

This modern take on the fairy tale brings in an idea of women empowerment in a Kingdom where women had no say, be it the queen, the princess, or a village woman. The story brings light on the much-neglected women-centric issues, where talent is neglected, while women struggle to make dreams come true, and not even a princess is allowed a seat on the table with men, in the king’s advisory.

The film is set in a jovial, melodic mood while the lovely old classics and short musical pieces take the narrative forward. The film is indeed a musical extravaganza, which begins from a village montage where villagers sing and dance to Janet Jackson’s “Rhythm Nation”.The song depicts a sense of hope in them despite their mundane life, while Cinderella sings Des’ree’s classic “You Gotta Be”, which reflects her never say die attitude.
Ella is a young charming maiden, who lives with her wicked stepmother (Idina Menzel)and two stepsisters, serving them day and night. In her spare time, she creates lovely dresses from the leftover scraps and dreams to own her designer boutique in the market.Althoigh the market was ruled by men, in a Kingdom which had no say of the women who were just meant to rare children and do the households. Until one day she meets Prince Robert(Nicholas Galitzine), who falls in love with her and gets inspired to turn the tables around.
Pierce Brosnan enacts the old handsome King Rowan, who was once a romantic, while he wooed his Queen Beatrice (Minnie Driver) as a knight in the shining armor.He later turns to be a strict husband and a father, after shouldering his responsibilities as a king. The movie takes you through a royal journey wherein the young prince of the land is forced by the king to choose a bride, from the princesses of far and near lands, that would help extend his empire and be the future king. But, the prince seeks love and wants to marry a woman who wins his heart. Until,one of the days the prince notices Ella for her guts and courage to face the king, while she answers him humorously and disappears into the crowd.
Meanwhile, Ella dares to enter the marketplace to sell one of her creations while she is badly mocked for trying to sell something being a woman.The prince in disguise finds her and asks why she wants to run a business.Ella tells him that when women can give birth, and run the entire households, surely they can run a business, and it can’t be that hard. The prince gets impressed with her thought and buys her dress paying her some good money, while he invites her for the ball luring her to find some Royal buyers. Ella reaches the ball not to marry the prince, but to find a buyer of her designs. She eventually, finds a Queen, who offers her to design her wardrobe and travel the world with her and secure her financial future on her own.
The musical is indeed a royal treat to watch with beautiful grand royal palaces with velvet and gold decor, grand ballrooms and designer costumes.While at some places, the costumes could not create an impact which doesn’t defy the expectations as per the subject. Cinderella’s fairy Godmother( Billy Porter) wears a bright orange flamboyant dress, with a diamond-studied neckpiece, which looked mismatched, devoid of the magic and magnetism it needed to create. While, the royal Princess Gwen (Tallulah Grieve) wears stiff manly costumes, which don’t fit the imagination, lacking elegance, which rather shows her mindset to compete with the men and prove her point.

The classic fairy tale gives a powerful lesson for women to uphold self-belief, perseverance, and power of imagination, which is depicted by strong storytelling well directed and written by Kay Cannon. The film throws light on the stereotypes like the role of royalty to marry without love and carry forward the kingdom,or the role of a mother showcasing the plight of the stepmother who was once an aspiring pianist, who had to leave her passion for the sake of her family and two daughters.The film brings a magical turn of events in the end, later changing the heart of the king and the stepmother, who rejoice as the Princess becomes the Queen, while Cinderella travels the world with the Prince, living happily ever after.