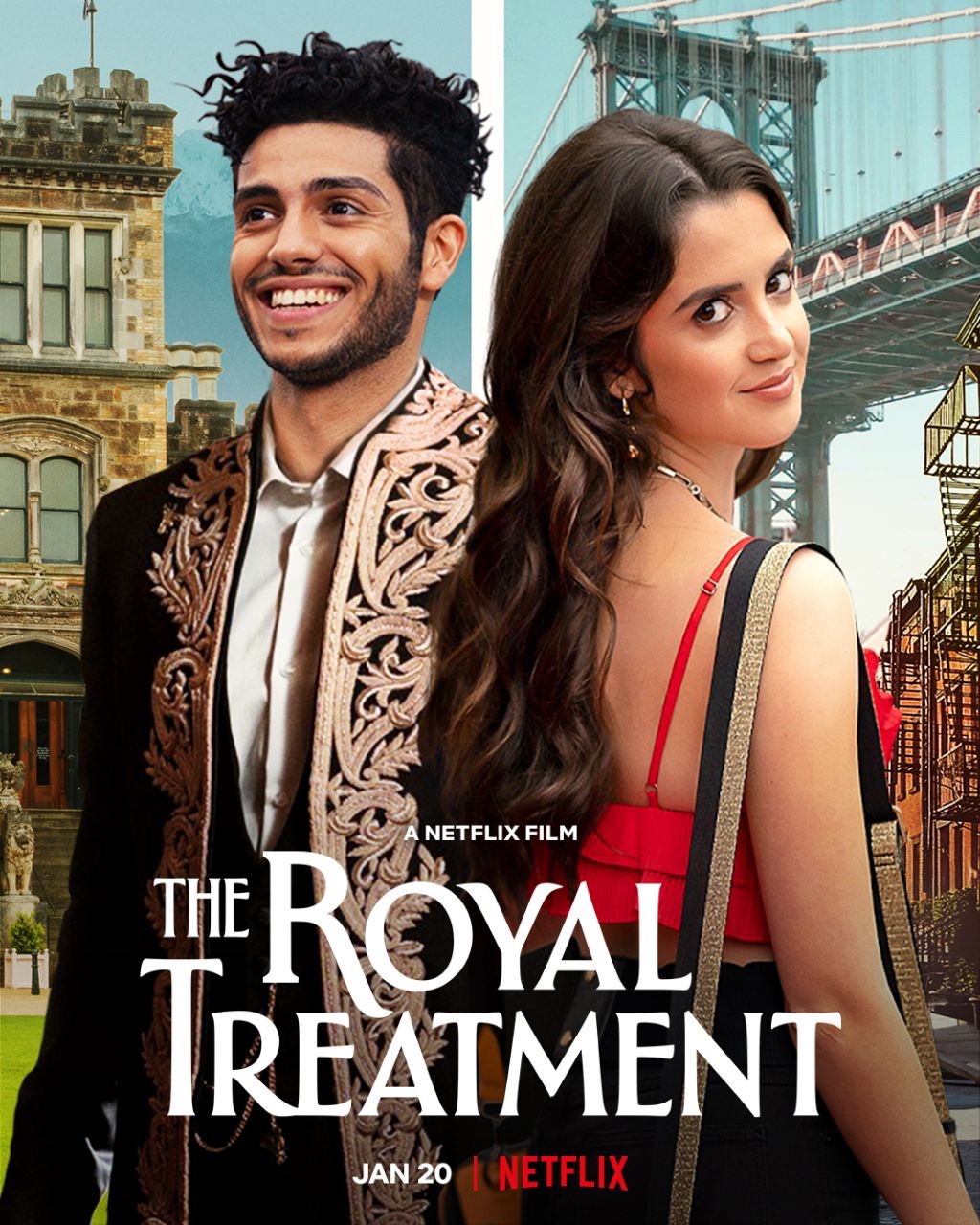 How often do you get a chance to cross your path with a royal prince, with squeaky clean hairstyle and attire, and fall in love with him? Not often, right?

And when that happens—wouldn’t that be the most magical moment in our entire life? Well, that’s exactly what Rick Jacobson’s fantasies-studded ‘The Royal Treatment’ has tried to do in this romantic comedy. Isabella (Laura Marano) is the owner of a salon that catches fire more often than get genuine customers, but where the workers tune in to chirpy music and start dancing abruptly while the customers are still in. Izzy—as she is lovingly called, has a heart of gold, and as she says, ‘I’m an Italian’, so it comes naturally to her to be sweet to people, distribute donuts to friends and strangers in equal quantity. She wants to change the world, except she doesn’t have the opportunity. So instead, she works as a smart hairdresser at the salon and secretly cherishes the dream to travel the world. She is a high spirited woman and doesn’t shy away from speaking up her mind. While saving money desperately for her world trip penny by penny, she was out of nowhere, offered a ‘500 dollars’ worth haircut assignment for a royal prince who is visiting the town. Izzy instantly feels that she has hit a jackpot. How could she say ‘no’?

This brings her face to face with Prince Thomas (Mena Massoud). Thomas happens to hail from an imaginary place Lavania, and is about to get hitched to a pretty and rich heiress Lauren (Phoenix Connolly). It’s an arranged marriage, of course. He is utterly disappointed with the fact that no one would tell him the truth, him being the royal and all. ‘I’ll never have a true conversation,’ he laments in a scene where everyone refuses to criticise the outfit he is wearing. And this is exactly what pulls him towards this nonchalant hairdresser who with her honesty and devil-may-care attitude not only wins over the hearts of the destitute but also the well-to-do. It’s ‘refreshing’, the prince quips in one of the scenes, to see such a carefree woman. It’s quite refreshing for him for the fact that he was raised in a controlled family setup, where he is not even allowed to be involved in the politics and economy of his state. And also the fact that he is getting married to a woman he barely knows.

The first encounter of Izzy and Thomas isn’t anything romantic as the audience usually expect it to be because duhhh! It’s a love story between royalty and a townside girl with big dreams.. Disappointed by the fact that Thomas allowed a domestic help get insulted by a senior right in front of his eyes, a righteous Izzy walks out of the hotel, and the well-paying prospect. This ‘injustice’ meted out to the domestic help upsets Izzy, who prefers to stick to her ideals, rather than earning quick money from her first jackpot Surprised by Izzy’s rude behaviour, her group of eccentric matriarchs and friends express their disapproval. But something even more surprising awaits the entire family, friends, and Izzy herself and that is Thomas showing himself up at Izzy’s salon.

‘I want the rest of my haircut,’ affirms a rather sorry-looking Thomas, while scooping out the full payment. The haircut happens and is loved by all. It, in fact, happened to be so good that this landed the entire bunch of stylists a once-in-a-lifetime opportunity to do hairdressing and makeup at the royal wedding of the prince, in Lavania!

Now, more often than not, we do see female protagonists kissing a lot of frogs before they actually find the prince in these fantasy flicks. But in this one, there are no frogs. This is to say that the film is like taking a pleasant look at an exotic delicacy, albeit prepared with the same mundane ingredients. Or more specifically, this movie gives us the ‘old wine in new bottle’ vibes. Yes, it doesn’t have your usual ‘Princess Diaries’ sophistication, or the regal ecstasy of ‘Cindrella’—but you will be surprised to see how engrossed you feel as the characters develop, with their occasional flirtations and romantic exchanges. You’ll also be enchanted by this imaginary town of Lavania, with its heavenly landscape and breathtaking views of the castle. What’s good about the plot is that it’s simple and not at a single moment makes you feel like you are going to see someone’s heart gets broken, or a villain trying to come in between the love birds.

Even the two women who are centred on the prince don’t vie against one another and share pleasant compliments with one another in their first meet. When the would-be mother-in-law takes a glance at Izzy chatting joyously with the prince, she tries to disparage her, to which Lauren says, Izzy is great. There’s some display of ‘girlpower’ there. So coming to the wedding, what happens next? Who marries who and is there indeed a successful love story in the end? Does it like every other fantasy love story, The Royal Treatment showcases a happy ever after? That is for you to find out.

‘Royal Treatment’ is not a routine flawless narrative though, that’s what makes it a special watch It’s a pretty good one-time watch for those looking for some happy-go-lucky rom-com, but for those hoping to witness something as good as ‘Princess Diaries’ or the likes, this may not be the right pick for you. But if all you are looking for is a good one and half hours with no negativity and complex side stories, and a love story about two sweet souls who are out there to bring some change in the world—why not brace up for this truly endearing adventure?

The Royal Treatment will treat you quite royally with its warmth, lovable characters, and the goofy-yet cute prince, and some more side characters that are more like peppy cartoon characters from an animated movie. Go ahead, and take a ride into this imaginary land of rustic castles and lush beauty with a bunch of altruistic protagonists!