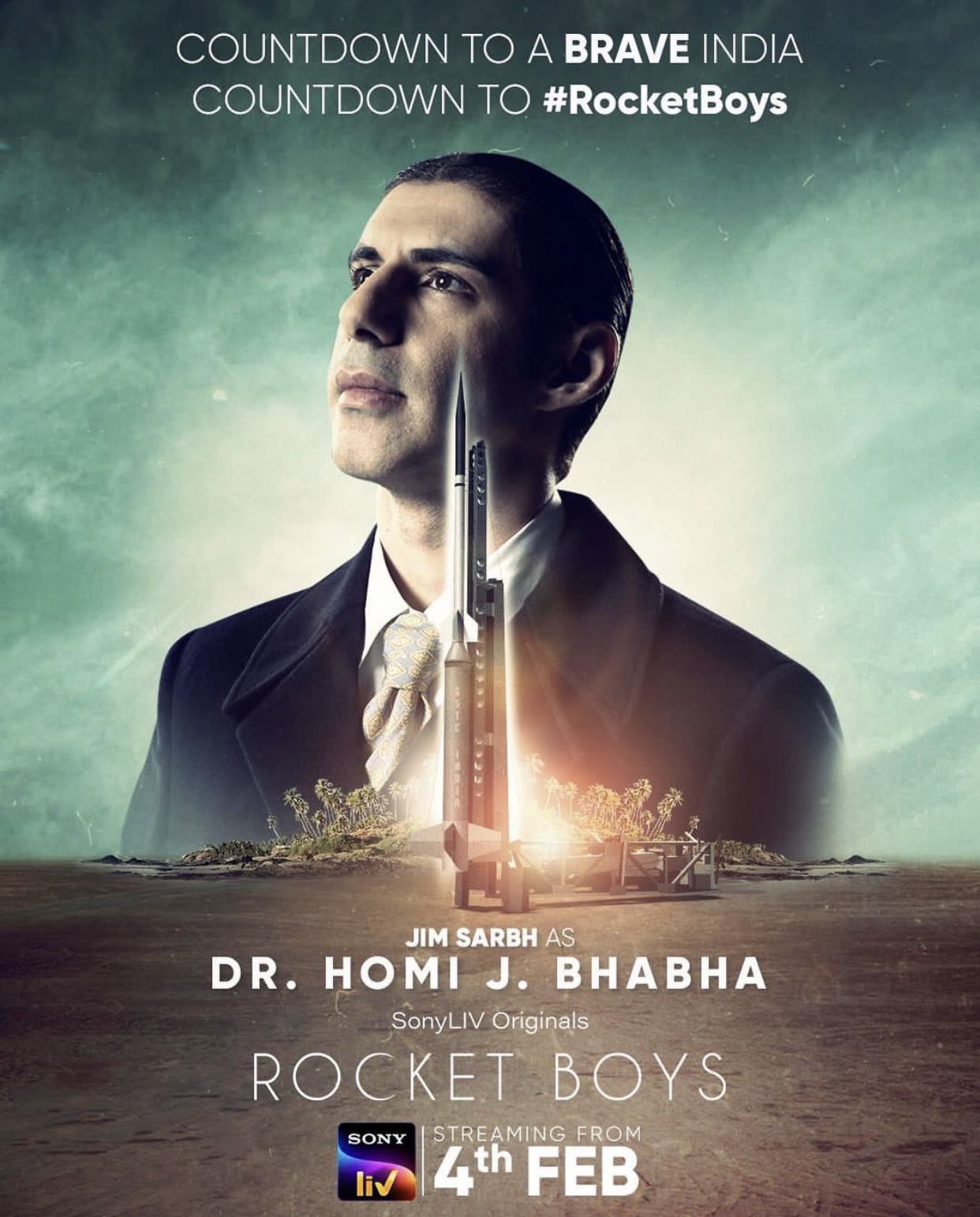 SonyLIV’s ‘Rocket Boys’ is not just a tale of rockets, nor about the boys (scientists) who invented them. It’s so much more than their quest for personal ambitions, let alone for creating the ‘bomb’. It’s a tale of relentless struggles in the pursuit of one’s dreams, and such humane attributes as love, friendship, compassion, betrayal, and nationalism.  In this 8-part historical drama series, we go through a roller coaster ride drenched in Rocket Boys’ scientific experimentations, courageous missions, personal battles, and victories. Read on to know more about one of the India’s greatest stories.

Armed with intellect and poise, Homi Bhabha (Jim Sarbh) in Abhay Pannu’s ‘Rocket Boys’ looks impressive with an ecstatic persona, suave hairdo, and modish accent. The man we had only read about in magazines and journals in erstwhile India, is reincarnated on-screen with his quick-witted modus operandi and a never-ending jajba (passion). He’s passionate about anything science, but especially nuclear physics. He aspires to make India a nuclear armed state in the face of China’s aggression in the 1960s. His journey is not the only one in this heroic saga, it’s also equally about the maker of India’s first space program—Vikram Sarabhai (Ishwak Singh), and the exceptional A.P.J Abdul Kalam (Arjun Radhakrishnan). The duo (Homi and Sarabhai), just like two energetic particles of an atom, creates many of India’s firsts. India’s first nuclear physics research centre called Tata Institute of Fundamental Research, and Physical Research Laboratory dealing in cosmic rays, namely. It’s a journey of two young men fascinated with the subject of science. While one wants to send rockets beyond the karman line, another desires to recreate the greatest invention of mankind—a nuclear bomb. Each propelled by his dream and the cause for the nation, set out to achieve these goals, sometimes coming together like a unifying force, and at times diverging due to their differences on ethical grounds. Nevertheless, they have one thing in common—dire love for the country.

So, like a tryst with destiny, Homi meets Vikram Sarabhai, a young, enthusiastic, yet admirably soft-spoken chap, in the midst of recreating Millikan’s Balloon experiment. The two instantly strike a chord, and indulge in a slew of scientific jargons that we grasp only in negligible quantity, however, remaining constantly absorbed in their intoxicating cerebral chemistry.

Watching Homi’s desperate attempts to succeed at the experiment, Vikram suggests something where he admits to have lost the ‘objectivity’. To this, a nonchalant Bhabha quips, ‘Often the best minds tend to lose objectivity in their pursuit of excellence.’ It is only when their story unfolds in subsequent episodes that one comes to truly comprehend the girth of these words.

From here begins the story of two bright minds of India, collaborating on a number of projects and showcasing exceptional intellect and firmness of the mind. Just like any ordinary men, they also fall in love; marry and experience heartache. Dashed with scientific temperament, the series takes you through its myriad characters that have their fair share of successes and failures and make you fall in love with their greatness and folly alike. At certain junctures, one might however have difficulty in grasping with some aspects of the series, and unless you know a few things about India’s nuclear history, you might lose the track altogether. But, as far as the script goes, ‘Rocket Boys’ doesn’t tend to overwhelm you with detailed historical underpinnings, albeit a few atmospheric scenes of the Quit India Movement. Jawaharlal Nehru as portrayed by Rajit Kapoor does work some magic in picking up that elegance and determination, however, it’s the duo throughout that makes ‘Rocket Boys’ breathe life into it.

Debutant writer-director Abhay Pannu’s work is no masterpiece, but it is far from a damp squib. With few moments of lull every now and then, ‘Rocket Boys’ does manage to keep the tempo high with energetic performances of its lead cast, especially Jim and Ishwaq. And oh, the young Kalam whom we meet first as a child, reciting the verses of Shauq Bahraichi to a hate-mongering neighbour, instilling national sentiment with words that goes, ‘barbad gulistan karne ko bas ek hi ullu kaafi tha, har shaḳh pe ullu baitha hai anjam-e-gulistan kya hoga’, is nothing short of an immaculate display of acting. Later in the series, a grown-up Kalam clears 25 rounds of formalities to meet Sarabhai for an interview with his ‘under qualification’ only to reject himself stating that he doesn’t want to be a part of anything that doesn’t have anything to do with rockets. ‘You’ve been assembling that rocket in your garage for months’ complains a dapper looking Kalam to Sarabhai. It is then that Sarabhai makes a job offer that Kalam cannot ignore, to be a part of India’s first ever space programme. Dreams do come true, don’t they?

As far as the rest of the cast is concerned, you will not be disappointed in this department either. The women in the scientists’ lives are no less important and this is how we remember the on-and-off girlfriend of Bhabha, who was much more than a ‘blip’ Parvana Irani portrayed by Saba Azad. And the wife who struggled with her own existential crisis—Mrinalini Sarabhai played by Regina Cassandra. But it is only fair to say, the story of Bhabha eclipsed those of others in this series, and quite deservingly. The series definitely triumphs at portraying of a lot of things that usually don’t find place in most mundane autobiographical works of current generation, such as nuclear deterrence, arms race, nuclear wars, the Nash equilibrium, so on and so forth.

‘Rocket Boys’ will surely pump up your inquisitiveness for India’s famous tread towards nuclear power, and everything that transpired on the national front in the decades of 1940s and 1960s. You don’t need to look for perfection in its camera works, screenplay, and direction as long as you have compelling stories of India’s stalwarts on your platter. This is also particularly true when you realise how closely you get to have a glimpse into the lives of heroes in the likes of C.V. Raman, Homi J. Bhabha, Vikram Sarabhai and A.P.J Abdul Kalam.

So, is ‘Rocket Boys’ a ‘yay’ or ‘nay’? Well, it deserves a definite ‘yes’! Whether or not you love science, ‘Rocket Boys’ will persuade you with its scientific maestros and take that rocket of expectation high above and beyond. Watch it for its genuineness and simplicity and if nothing else, it will never leave you uninspired.