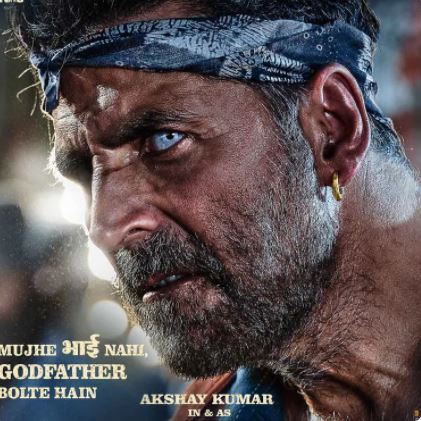 It is not unfair to call Akshay Kumar a perfectionist. He has carved his identity as one of the most versatile actors in Bollywood and his line of work is an evidence of it. AkshayKumar bagged some interesting projects in his kitty and his fans can’t wait for the actor to cast his magic on big screen. AkshayKumar has now shared an update related to one of his forthcoming films on social media.

Yes, we are speaking about BachchhanPaandey that features Kirti Sanon in the female lead role.

Akshay Kumar took to social media and shared the latest poster of the upcoming film. The poster features the Khiladi Kumar with an intense look all over his face. See it here:

The equations change really fast in Bollywood. This time the news is about a fresh love story brewing behind the limelight. And, everyone’s hush hush about it but rumours suggest otherwise. Do you want to make a guess? It’s Hrithik Roshan.The actor’s rumoured girlfriend Saba Azad recently received a shout out. And, it was none other than Hrithik’s ex-wife Sussanne Khan. It is worth noting that Sussanne had taken part in Saba’s gig in Mumbai and she soon shared an image about it on her Instagram stories. Sussanne praised Saba in the post and later Saba thanked her in her Instagram story. Recently Hrithikand Saba were spotted holding each other’s hands at Mumbai eatery twice in a week and it soon ensued into rumours about their relationship. However, Hrithik is yet to comment on the rumours. See the Instagram stories of Saba and Sussanne below:

There is big news for the makers, cast and crew of Hridayam. The film has unlocked a major achievement by hitting the top spot by becoming the top ten Mollywood films to go beyond Rs 50 crores worldwide. According to reports, yesterday the film grossed a whopping Rs 52.30 crores all across the globe thus becoming the ninth biggest grossing film from Mollywood. The film stars PranavMohanlal.

DiaMirza and her husband VaibhavRekhi successfullycompleted 365 days of happiness as they are all set to celebrate their first wedding anniversary today. On this special day, the beautiful and bubbly actress sprang a surprise for her hubby by sharing a video of their wedding. Dia got married in 2021 on February 15. See the post below: