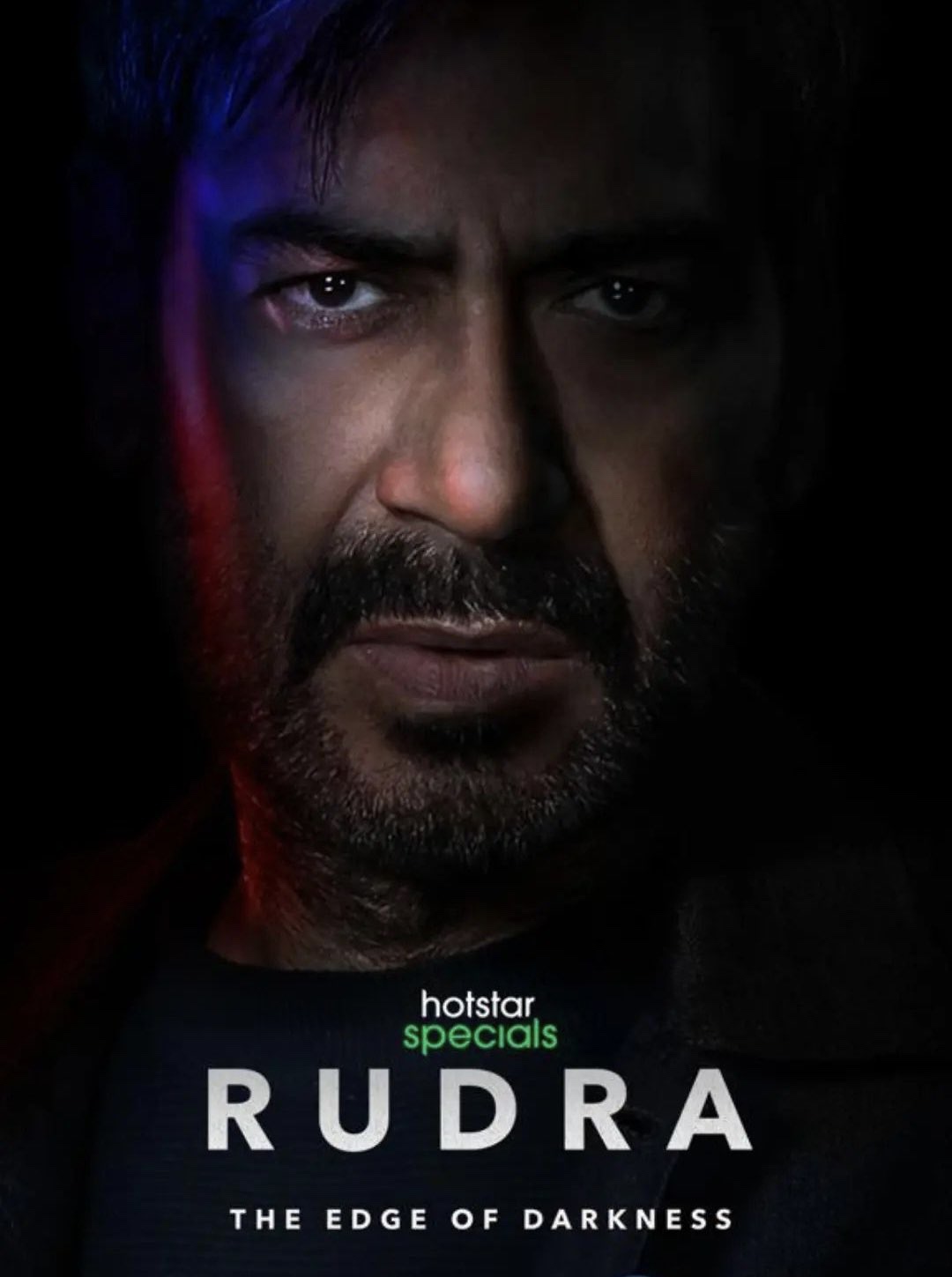 Having donned the cop hat on the big screen many times (Gangaajal and Singham), Ajay Devgn has mastered this line of work. No wonder his role as a disgruntled police officer in the recently released Disney+ Hotstar psychological thriller ‘Rudra: The Edge of Darkness’ was released with a lot of hype. But did he live up to the hype and expectations? Well, you need to watch the show to know that.

Featuring in the titular role, Devgn plays his part with his usual manliness, a hint of arrogance, and a sad background story going on in his personal life. Like most cops of Bollywood, he carries heavy baggage of a breakup story with his wife and wishes to win her love back. However, in this case, with an ‘extramarital affair.’ Trying to scoop out the perfect recipe for an avant-garde, high-paced cop-and-murderer hide-and-seek, Rudra fails to maintain the consistency of its ingredients.

Those of you who felt the déjà vu—Rudra are the official adaptation of Luther, portrayed by Idris Elba. Director Rajesh Mapuskar did try to bring out a cool mishmash of mystery, romance, and betrayal—but when it comes to buoying the stale script with some brand new thrills and action, the series fell flat. And even if you watch the whole series without any breaks, you will still be confused because of the extremely fast and bemusing storyline.

So coming to our titular hero—Rudra (Ajay Devgn), is an unhappy man who smokes like a chimney and breaks things around him more often than not. A man who loves his wife Shaila dearly, portrayed by Esha Deol, barely convinces the audience about the same, maybe because his emotions aren’t portrayed on his face, or perhaps his role was meant to be confusing. Shaila breaks her relationship with Rajiv (Satyadeep Mishra) now—Which is obviously a big heartbreak for Rudra. But modern-day cops are more interesting with a messed-up life, right? At least, that’s what our contemporary cinema has taught us.

As part of a murder mystery investigation, Rudra meets Aliyah (Raashii Khanna), a mysterious girl, in the first episode—who seduces and threatens him. A child prodigy who is also a murder suspect—we do not see much significance of her role apart from playing games with Dhruva for reasons only she knows. She also asks if he should have an extra key to access her home later—now, the whole time, their chemistry is as perplexing as the murders in the series. However, unlike the rest of the cast that titter-tatters over mysterious crimes and events in the series with uninteresting performances and boring acting skills, Khanna manages to grab the audience’s attention with her titillating screen presence and impactful performance.

So, DCP Rudraveer Singh of the Special Crimes Unit of the Mumbai Police is tasked with a new murder case in every episode of its 6-episode saga. While the murders get complicated and intriguing with each episode, you realize you get tired of its unconnected characters, lackluster screenplay, and average performances of its lead actors. Devgn, who managed to pull off the strings of a police officer with ease on the big screen—seemed to be under performance pressure throughout the series. While the show seemed more like a character study than a murder mystery, Rudra doesn’t convince the audience and meet their expectations.

Three episodes in, you will realize that the thrill is diminishing and the characters disappearing. What’s left of Rudra is nothing but a desire to reach till the very end of the show in hopes of unraveling something unexpected. The only impressive aspect of the whole show is the appealing cinematography that takes viewers through the most beckoning locales of Mumbai with its drool-worthy, atmospheric rain-drenched streets. Esha Deol has less to offer, and wherever she does, she fails to garner empathy and is unconvincing enough to elicit any emotion whatsoever. Having released around a time when another one-man-led crime thriller was released on OTT—Reacher, you subconsciously compare the two. In this comparison, if Reacher portrayed in the titular role by Alan Ritchson was the giant whale, Rudra seemed nothing more than zooplankton.

So, should you watch it or not? Well, that depends on how much you either love Devgn or Mumbai.

One thought on “Review: ‘Rudra: The Edge of Darkness’”