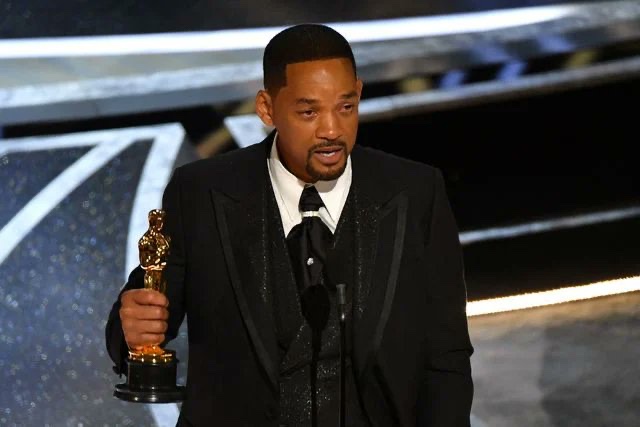 Hollywood’s Oscars are made of all things glitzy, classy and uber-chic. At some point in time, people remembered the Oscars for more than just the celebrity dresses and exalted victory speeches. They were highlighted for big talks on revolutionary campaigns such as for the cause of Black Americans, Climate Change and Gay marriages, to name a few. Despite the charms and prestige associated with this phenomenal award ceremony—the Academy Awards, as it is actually called, is a ceremony to celebrate artistic and technical excellence in the film industry across regions and cultures. However, in the past few years, Oscars have been making it to the news like a forest fire for all the wrong reasons. As years pass on, they are more and more ‘shunned’ by many celebrities for various reasons and controversies as well.

It looks like we should start discussing how to make the Oscars memorable again. After all, the same old A-listers’ dazzling designer clothes and jaw-dropping dressing sense is getting boring over the years, and righteous speeches on social and political issues are getting mundane. So, how do take the tempo of an event as important as the Oscars a notch up? Or how to make it more special than it already is? Here’s the answer—slap the host!

Well. At least that’s what happened on the stage of Oscars 2022.

Superstar Will Smith put on the action avatar off-screen and packed a tight slap on Chris Rock’s face. Surprised? Well, as controversial and deplorable as it may sound, the incident did take place at the event. Live. And apparently ‘unscripted’. This is what happened

As Regina Hall the co-host of the event said to a news magazine soon after the incident, “I guess it’s a memorable Oscars, let’s just say that.” We couldn’t agree more.

The event kick-started with much gusto and pomp, as usual. Needless to say, Venus and Serena Williams opened the show to thundering appreciations. This was followed by an impressive “Be Alive” performance by Beyoncé. What also worked for the most part was the energetic dancers and musicians, along with the quirks and jokes of Regina Hall, Amy Schumer, and Wanda Sykes. The opening seemed promising. However, since there was a shortage of time, the event managers and sponsors had planned to keep the event brief. Nowadays, everyone is keeping busy and Oscars wanted to value the essence of time, however, even after eight categories of awards were ignored in order to trim down the running-time, the show went on beyond the speculated duration. The ceremony ran for three hours and forty minutes.

The turn off of the show

Coming back to what didn’t work for us—in a wild, viral moment, so improbable that many would have thought it to be scripted for good, Hollywood star Will Smith rushed up to the Oscar stage and slapped Chris Rock after the comedian cracked a joke about his wife Jada Pinkett-Smith. It was a moment of sheer madness, but Smith while using the four-letter expletive, thundered that he won’t tolerate his wife being the butt of any joke.

Minutes later, the 53-year-old actor bagged the best actor Oscar for his role in King Richard, making him the cynosure of attention, both good and bad at the 94th Academy Awards.

Jada Pinket-Smith suffers from Alopecia Areata, an auto immune disease that leads to loss of hair. It has forced her to shave off her head and when Rock cracked a joke on her, Smith stepped in… heavily.

But then this is not the first time that goof-ups have occurred on the Oscar stage. Rock had also mocked Jade in his 2016 Oscars monologue when he was a host. He had then said Jade boycotted the ceremony because mostly white actors were nominated. It also did not go down well with the crowd then.

Coming back to the event of 2022, minutes later, Smith was again on the stage… for a different reason though. He had won the Oscar for best actor. Smith referenced the incident and apologized to the Academy for what transpired earlier. However, he didn’t name Rock or apologized to him. “I want to apologize to the Academy. I want to apologize to all my fellow nominees,” Smith said tearfully. “Love can make you do crazy things at times,” he added. Smith also said he hoped the Academy will ‘invite’ him back.

This Oscar slapgate will certainly be etched in the Awards history book and will push into oblivion the announcement of the wrong film as winner in 2017. Presenting the award alongside Warren Beatty, Faye Dunaway announced La La Land as ‘Best Picture’. After producer Jordan Horowitz began his acceptance speech, there was some commotion on the stage before Horowitz looked down at the card he was holding and announced that there had been a mistake: Moonlight was, in fact, ‘Best Picture’.

True, Smith might be praised for looking out for his wife who has become an easy target of many so-called stand-up comedians and hosts, but this should set an example to all those who attempt to mock people in the name of comedy.

If one looks back at the history of the Oscars, there have been mistakes galore. However, with the passage of time, it is seen that the classy charm of the show has degenerated quite a bit. May be the organizers will argue that they have been forced to tweak the programme, keeping in mind the demand of the frenzied social media audience. But the fact that many a time presenters tend to forget the difference between slapstick comedy and sarcasm and make class people the butt of their jokes—hurting theirs and their dear ones’ feelings cannot be ignored. Maybe the Smith slapgate incident will for once act as a hindrance to future personal attacks.