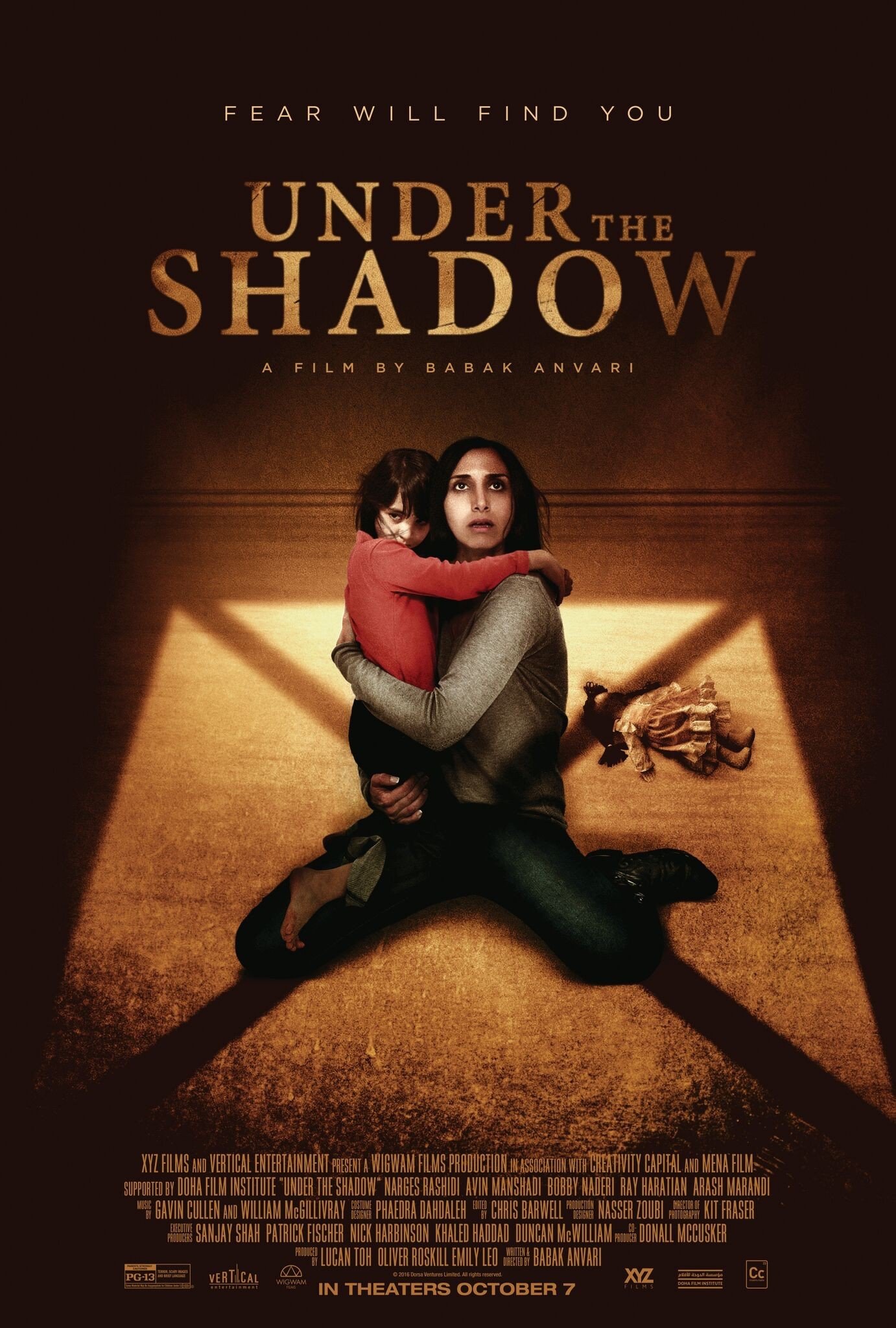 What can be more exciting than plopping down on your couch with popcorn and tuning into edge-of-your-seat thrillers? As I was watching “It Follows,” I thought why not share my thrilling experience with you all or rather curate a list of thriller series to add to your ‘Summer fun.’

The best films or series in this genre will never fail to get your heart racing, drop your jaw in astonishment, and make your hands sweat, all without putting you in risk like the characters on screen. Nothing can be as relaxing as a nail-biting thriller after a long day or week’s work.

It is difficult to find good thrillers in the swarm of thrillers available online. Worry not, we’ve got you covered with out best picks for your 2022 summer.

Babak Anvari’s debut, an expertly made and genuinely unsettling chiller, straddles the boundaries between paranormal fear and real-world atrocities you will never get to experience. Narges Rashidi stars as Shideh, a medical student prevented from continuing her education because of her engagement in political thought in 1980s Tehran, the backdrop of Anvari’s own fear-filled youth. Shideh is tasked with defending their infant daughter Dorsa (Avin Manshadi) while her husband is sent to the front lines. Things don’t appear to be getting any worse until Shideh and Dorsa are taunted by a wicked genie.

The performances and cinematography is flawless, conjuring up images of a war-torn Iran that are almost claustrophobic to behold. Anvari lived in a world where VCRs and VHS tapes were banned. And, besides the fact that it is just his debut, Anvari managed to take thriller fans on a storm.

Although the supernatural elements work, they are never really as terrifying as Shideh’s reality, which Anvari tries to convey. This small-budget  marvel was rewarded the Finest Film of 2016 by renowned British cinema reviewer Mark Kermode, which you cannot afford to miss.

David Robert Mitchell’s horror film revolves around a shapeshifting assassin. As Jay (Maika Monroe) makes with her boyfriend Hugh (Jake Weary), the curse transfers from person to person through sexual intercourse. Mitchell keeps you on the edge of your seat right from the beginning in many ways you may well not notice. This American psychological thriller made it huge at the box office because of the unique plot and storyline.

It Follows has a silence and calmness that you usually don’t see in any horror film. Horror films are mostly loud and thunderous that make you jump in your seats, but It Follows, contrarily, is spine-chillingly silent that makes the terror creep down your stomach. It Follows: its patient, artsy, and frightening, rewarding attentive viewers with a one-of-a-kind, richly unpleasant experience. Will this hormonal transfer of curse ever end? What happens to the cursed people? Well, that’s for you to discover.

Most thriller films, or not, revolve around women getting abducted. And, the women in these films either end up sexually assaulted and dead or escape and avenge the abuse. Although Berlin Syndrome is about holding someone in captivity, it’s a man this time.

Teresa Palmer, best known for her role in Hacksaw Ridge,convinces the audience with her pleasing performance. But this is Palmer’s film, and it gave the dynamite actress, long relegated to playing love-interest side characters, a serious calling card in Hollywood. So, if you are bored watching women held in captive weeping for three hours, Berlin Syndrome is a right fit for you.

Hush, a Netflix original film about a deaf writer (Kate Siegel)who is frightened by a hooded home intruder, is a remarkably terrifying and powerful slasher (John Gallagher Jr.). Hush owes a lot to John Carpenter’s Halloween [as do so many of today’s best horror films] and much more to Audrey Hepburn’sWait Until Dark from 1967, yet Mike Flanagan’s brilliant direction and knack for mystery is good enough to make Hushstand out from the crowd.

Flanagan established himself as a master of mystery-thriller with many successful horror films like Oculus and the far-better-than-anyone-expected Ouija: Origin of Evil.

Bird Box stars Sandra Bullock as Malorie, a pregnant mother who is the only survivor when mysterious forces wipe off the world’s population. Surviving alone in this world with no one to help you is a wild thought and scarier enough to kill oneself. Malorie and her unborn baby made it to a residence where numerous people who have also escaped the breakout had sought refuge after escaping a chaotic initial set piece of slaughter and devastation on a large scale. Bird Box shattered Netflix’s records and is still one of the streaming service’s biggest hits.

It’s tough to fathom any Breaking Bad fans being disappointed by this tense, gritty, and even darkly humorous sequel. Paul is, without a doubt, a million shades of horror and fright.

A generation was terrified by William Friedkin’s gothic thriller set in Georgetown and centered on a teen girl in the grip of spirit possession, inspired by William Peter Blatty’s novel. Despite multiple reports of audience members fainting, throwing up, and walking out (including miscarriages and heart attacks), The Exorcist dominates the box office and remains one of the highest-grossing films of all time when adjusted for inflation.

This is the first thriller film to be nominated for a Best Picture Academy Award, and it is much better in its original production cut than the sloppy 2000 “version you’ve never seen”. Netflix has an excellent theatrical cut of the film you shouldn’t miss.

So finally we’re at the end!

Netflix can lullaby you to sleep and jolt you with terror. When the latter is the case, you’ll want an excellent thriller that doesn’t go overboard with the blood and gore but yet manages to shake you to your core. So I hope the above list we’ve compiled of the greatest thriller movies on Netflix might help you in the future when you need to save your time on weekends