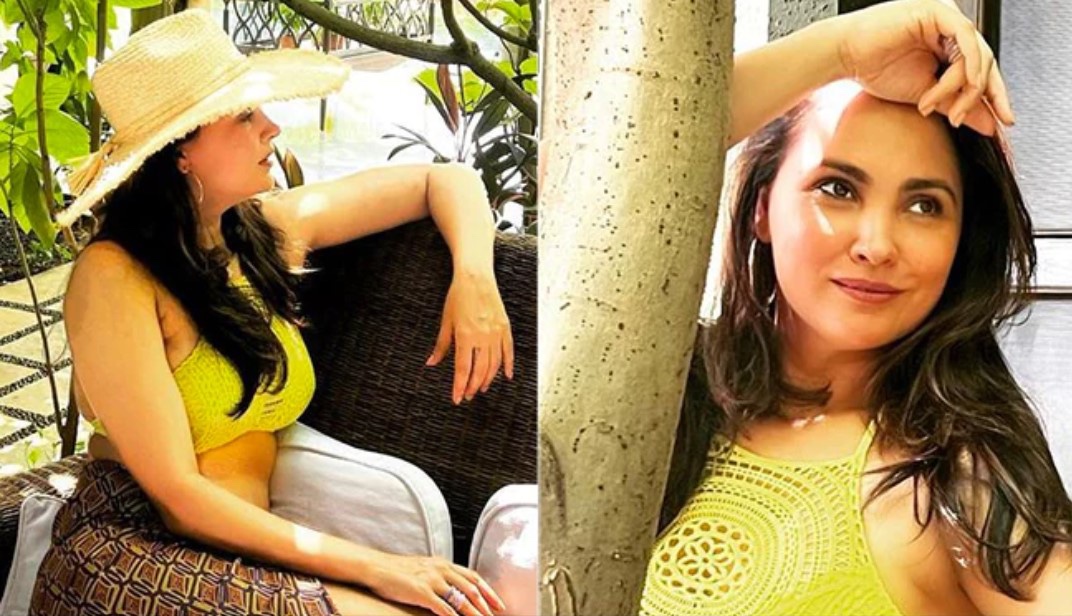 Lara Dutta sets major fashion goals for her fans. The fashionista took to her Instagram account and posted some pictures of her looking chic in her amazing summer look. The former miss universe set the internet on fire in her eye-catching halter neck yellow crochet bikini. She tied a sarong to her waist that helped in enhancing her oomph factor. The diva completed her look with hoop earrings and kept her makeup minimal. She left her tresses open and can be seen enjoying her summers. See the picture below:

Ranbir Kapoor and Alia Bhatt’s wedding gave celebrities yet another opportunity to flaunt their best looks. Many leading celebs made sure to mark their presence to the after-wedding party celebration. The outstanding sartorial choice of celebrities left their fans floored. Karisma Kapoor opted a dual toned blazer dress for the post-wedding party. Karisma chose the blazer dress from the label of Rohit Gandhi and Rahul Khanna. The dress had white collars, full sleeves and the high slit in the front made the actress look chic and stylish. Karisma opted for bold red lip color and tied her hair neatly in a ponytail.

The soon-to-be-mom Sonam Kapoor took to her social media account and posted pictures from her latest maternity photoshoot. In the pictures, the Khoobsurat actress was seen in a sheer black kaftan gown. She looked breathtaking as she cradled her baby bump and proudly flaunted it. Her maternity dress left everyone in awe of the fashionista. A few days back Sonam and hubby Anand Ahuja announced the world that they were expecting their first child. The pictures were captured by House of Pixels. She kept her hairs tied up in a bun. Her mother Sunita whom she tagged in the latest photos responded with heart emojis. See pictures below: