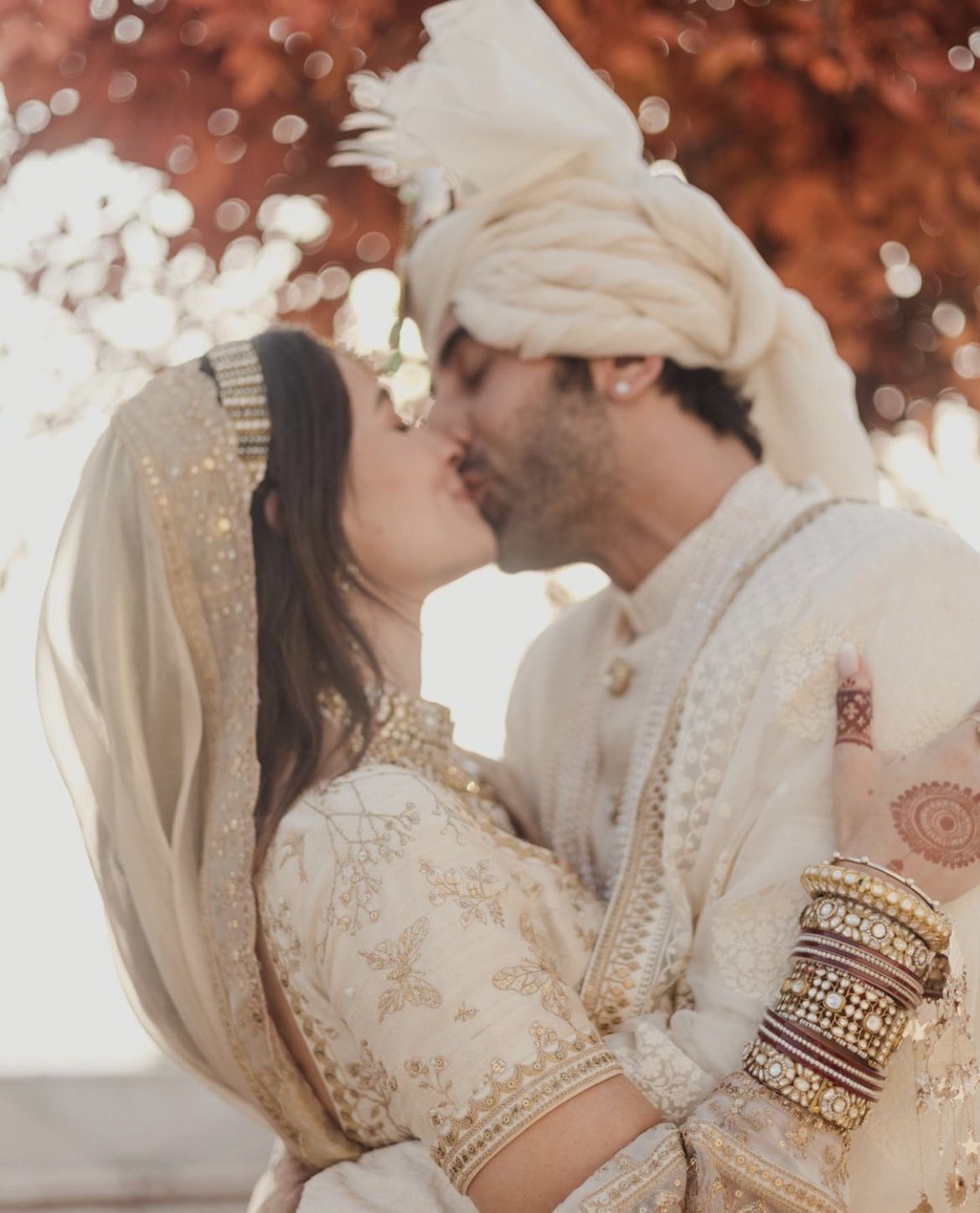 After Ranbir Kapoor and Alia Bhatt tied the knot, several videos of the married couple are going viral on social media. In one such videos, Alia Bhatt and Ranbir Kapoor can be seen tapping their feet to the popular song Chaiyya Chaiyya that featured Shah Rukh Khan and Malaika Arora. Soon after greeting the media outside their Vaastu residence, the couple headed inside and danced their hearts out at the after-wedding party. Alia and Ranbir were seen twinning in red outfits in the video. Watch the video below:

Yash’s KGF: Chapter 2 has made a huge record. It has already become one of the highest grossing films made in India. According to a statement released by the makers, the film has earned a whopping Rs 134.50 crore on its opening day. It is an outstanding achievement for a Kannda film. The film has been dubbed in four different languages to cater to a vast audience. It has been directed by Prashanth Neel. The film is on its way to take the box office by storm. It was released on April 14 and received excellent response from critics and audience alike.

Sara Ali Khan is quite active on her social media. She keeps her fans updated about things that she often indulges in.  Recently, the Kedarnath actress took to her Instagram account and displayed her various moods. She has termed her moods as “Moods of Mowgli”. She also ensured to add a few palm tree emojis. Sara is seen donning a sab green dungaree. Her hairs look messy and she looks classy. Her aunt Saba Pataudi also commented on her post, “Jungle vibes… Yet classy and cool.” The actress shared some images on her Instagram story as well.  See the post below:

Akansha Ranjan Kapoor’s sartorial choice is not hidden from the world. She is often spotted donning stunning traditional outfits. At the same time her exceptional beach look never goes unnoticed. She has achieved perfection in carrying off both types of outfits with effortless ease. Recently, Akansha posted a photo on her Instagram account in which she can be seen donning floral printed blue swimsuit. She opted for neckpieces and applied shimmery eyeshadow. Check the post of Akansha below: