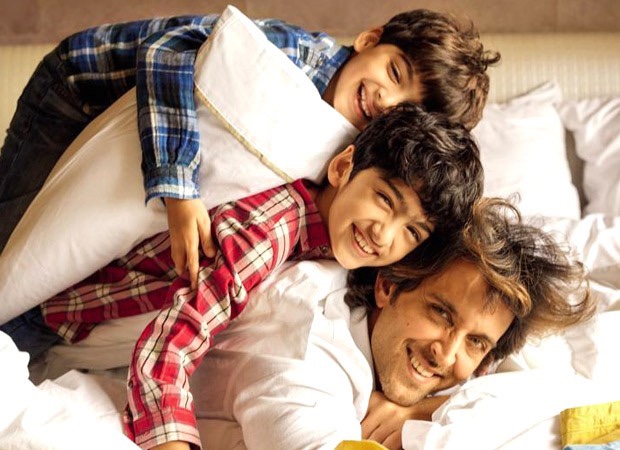 Hrithik Roshan is a dedicated father and often spends quality time with both his sons Hridaan and Hrehaan. Recently, the ‘War’ actor was seen holidaying with both his sons on Los Angeles. Film Producer RiteshSidhwani took to his social media account and shared a picture of Hrithik along with his sons. Ritesh’s wife Dolly Sidhwani and son Arav Sidhwani can also be spotted in the picture.

On the work front, Hrithik is gearing up for his high-octane action film Fighter. The film also stars Deepika Padukone. Fighter will be directed by Siddharth Anand. Hrithik is also set to set in Vikram Vedha with Saif Ali Khan. See the actor’s vacation picture below:

Aishwarya Rai Bachchan and Abhishek Bachchan set major couple goals for scores of their fans and have already become one of the most influential couples of Bollywood industry. Before tying the knot on April 20, 2007, the couple courted each other for a couple of months. It was one of the most awaited wedding of the decade. Despite the fact that social media was not as prominent when the couple tied the knot, their wedding still created a huge stir. Today the couple completes 15 years of togetherness.

Recently, actor Akshay Kumar joined Ajay Devgan and Shah Rukh Khan for promoting a pan masala brand. However, Akshay was massively trolled for endorsing a pan masala product despite leading a strictly healthy lifestyle. The netizens have pointed out Khiladi Kumar’s hypocrisy as he is also seen in an anti-smoking ad. Meanwhile, former CBFC chief Pahlaj Nihlani expressed his disbelief about it and criciticised Akshay for promoting hazardous products. Check some of the reactions of netizens:

Katrina Kaif’s leaked pictures with popular Tamil actress Radikaa Sarath kumar from Merry Christmas sets have gone viral on social media. A few days after Katrina married her long-time beau Vicky Kaushal in Rajasthan, she had announced her forthcoming project Merry Christmas with Vijay Sethupati. The upcoming film marks Katrina’s first collaboration with South superstars. In the picture, Katrina is seen dressed in red outfit and in conversation with Tamil actress Radikaa. The film is directed by Sriram Raghavan. See the picture below: