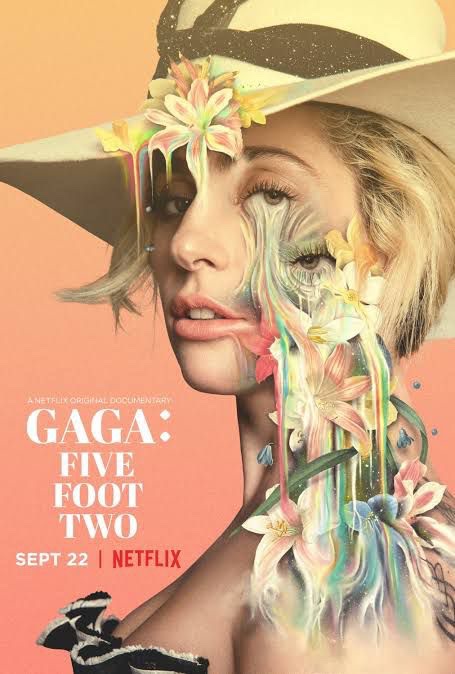 Documentaries are enlightening. People tend to gravitate towards documentaries mostly because they want to explore reality, the rawness and sometimes history. Documentaries use the snippets of real world through assemblages of historic footages, pre-recorded audios, photographs, interviews, etc., giving the audience an undeniable authenticity even when we already know that we are all biased in one or the other way. With documentaries, you get a chance to dig deeper into the stories. Explore a different side of the story that you have never gotten to witness before.

Internet is filled with documentaries now, Netflix serves us the best of those with diverse range of subjects from science, conspiracy theories to celebrities and drugs. Here’s a list of best documentaries on Netflix right now;

If you are in the mood for some celebrity drama, then this movie is a must-watch. It digs deeper into Gaga’s life when she was working on her album Joanne, which coincides with her, showing casting in A Star Is Born and her end of engagement with Taylor Kinney. You get to look into her life and her battles, showing us the dark side of stardom and giving you acloser peek into reality. The movie climaxes with her exuberant Super Bowl halftime performance.

2. American Murder: The Family Next Door

If you are someone who enjoys watching true crime, staying up all night, you will love this Netflix documentary, even though it’s a little disturbing. The entire movie is filmed at the time the incident happened, and it is not scripted. They show all the real videos that were posted on social media, the real police investigation and their footages and real news broadcasts, etc. 34 years old Shanann Watt and her 2 girls disappear in Colorado, and heartbreaking details come to the surface bringing the family into the limelight The discoveries made after the incident are traumatizing. The film is about marriage and the falsityof social media, also scrutinizing domestic violence and how it is often neglected and undeniably normalized. This movie is surely not for faint-hearted people, no matter how much of a thriller fan you are.

If you like movies that deal with the social stigma around a particular social issue, Take your Pills is totally your cup of tea. The documentary revolves around ADHD and the associated stigma. It is a compilation of history and facts about the drug, Adderall, and the interviews of real-life people who consumed the drug. It rightfully captures the struggle of ADHD people, especially those who used the Adderall drug. The only criticism that this documentary received was from the ADHD people themselves. Although the documentary itself was enlightening, it didn’t appeal to the community that it was mainly talking about.

There is literally nothing better than an entire series revolving around the world’s most talked-about conspiracy theories. This 12-episode long series deals with conspiracy theories, from the Nazis to the fake moon landing, aliens and disappearances, the royal family, drugs and pop stars, and that’s not even the entire list. The show is scandalous, provocative and investigative if you are still waiting for reasons to watch it.

5. Conversations with a Killer: The Ted Bundy Tapes

Ted Bundy was one of America’s most notorious serial killers. He was convicted of murdering 30 women.  The documentary is very intriguing to watch and will keep you hooked, even though the case study is pretty straightforward. And a lot of people already know the story of Ted, even though he never fully confessed his heinous crimes. He was a psychopath, which is pretty evident from how he treated his victim women. In the documentary, we get to hear the original tapes of Ted Bundy; althoughit is said that there are over 2-3 hours long audio tapes, we only get to hear 20-30minutes. But we do get a chance to peek into the mind of a psychopath and how criminals like Ted think. The audios themselves are very spine-chilling, given the gravity of his crimes. Do you love true crime documentaries, this is the right fit for you.

This is an Oscar-nominated film that revolves around three women- a fire chief, a judge and a street missionary who help people cope with their addictions. It’s a short documentary of around 40 minutes, but an interesting one. The documentary is about the opiate epidemic; it gives us an inside into what first responders must deal with when it comes to overdoses, and it paints a skewed image of the addicts. The heart-wrenching monologues are also very appreciated in the movie critically. This movie is for people who enjoy watching women-driven stories and, of course, documentaries.