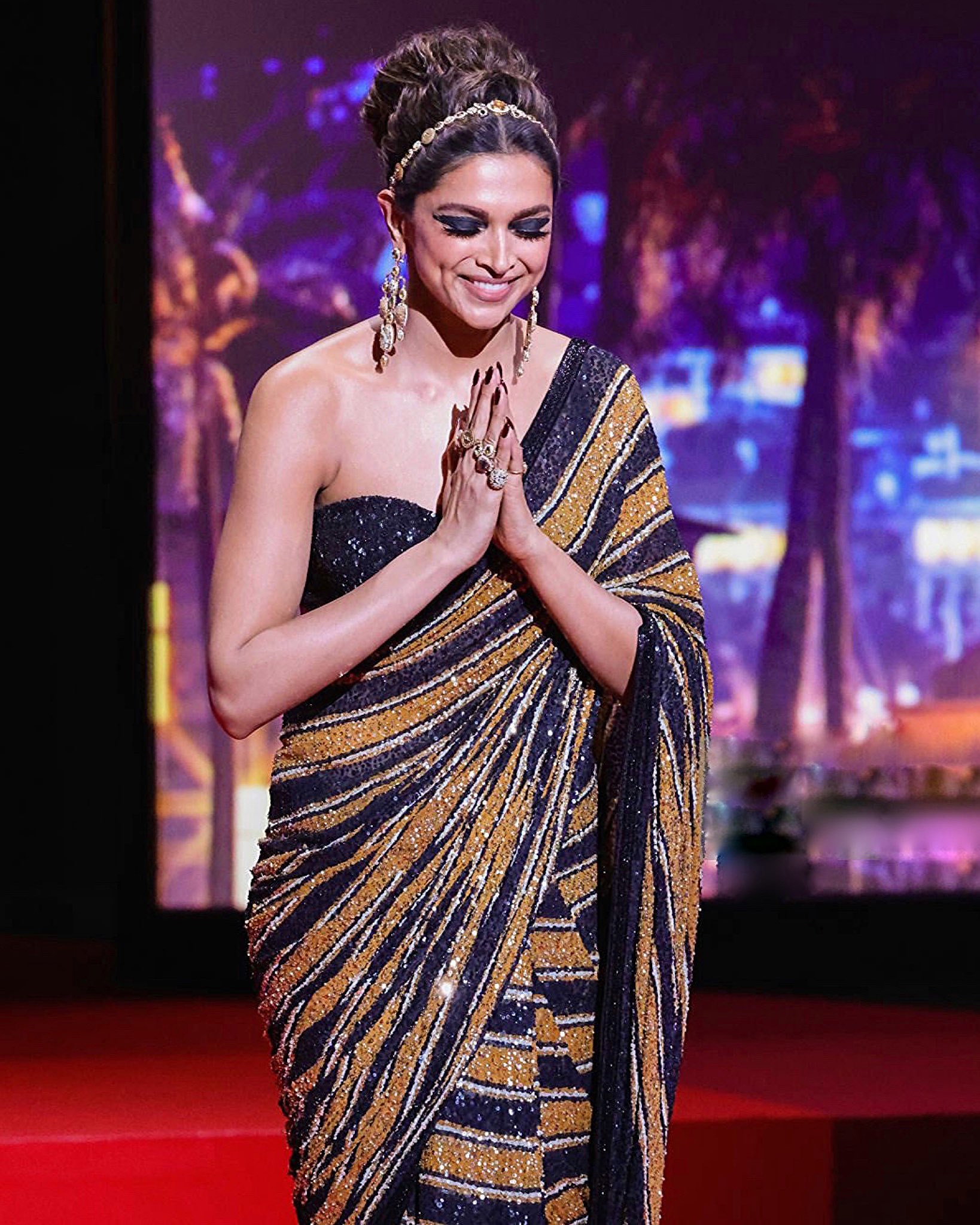 Cannes Film Festival held at the Palais des Festivals et des Congres, in the French Riviera has been the mecca for the global blue-blooded film fraternity for many decades. From Exotic Films to Designer Couture, Accessories, Labels, Celebrated Actors, Fashionistas, Head Turners, Diplomats, discussions, opinions, what’s hot and what not, Cannes 2022 has it all writes Dr Priyaankaa Mathur.

Cannes 2022 this year celebrates the Indian Cinema, as India happened to be in the spotlight and named as the official Country of Honour at the 2022 Marche du Film – Festival de Cannes. It is indeed a proud moment to celebrate the popularity, excellence and diversity of Indian Cinema, which marks a beginning of an ongoing partnership between the Cannes Film festival and the Indian entertainment industry.

The Indian delegation at Cannes encouraged producers and directors from Cannes and the global film industry to come and film in India, the cause, which was further pushed by the honourable Minister Anurag Thakur, while he announced film incentives at the launch of the India Pavillion. The India Pavillion at Cannes opens avenues for many global filmmakers, marketers and publicists to join hands with the Indian entertainment industry to explore possibilities. The delegation also unveiled the poster of the 53rd International Film Festival of India to be held in Goa.

During the inauguration of the India Pavilion, Deepika Padukone said, “India is at the cusp of greatness, and this is just the beginning. I truly believe that there will come a day when India won’t have to be at Cannes, but Cannes will be in India.”

Actor Nawazuddin Siddiqui emphasized how India is enriched with many local stories and legends which can work on a global level, especially in Art cinema, wherein many stories which have reached Cannes and other festivals have received global applause and awards, but are not well taken in India, which needs more attention.

The India Pavilion brought with it an executive conference and innovation-driven start-up pitching session, ‘Cannes Next’ organised by FICCI, designed to explore the future of the entertainment and film industry. The session includes a host of activities, including trailer and poster launches, interactive sessions, networking evenings, and round table meetings. The initiative brings global film festival organisers, film commissions, film investors and global production houses to meet the Indian delegates to explore co-production possibilities as well as market Indian films in the global market for international releases, to be included in global film festivals.

Cinema has the power to weave stories, while it takes dreams forward and makes the world a beautiful place. The Cannes film festival this year became a platform to showcase many unreleased films at the world premiere. This year includes a screening of five Indian films — Rocketry: The Nambi Effect, directed by R Madhavan; Alpha Beta Gamma, directed by Shankar Srikumar; the Godavari, directed by Nikhil Mahajan; Boombra Ride, directed by Biswajeet Bora; Niraye Thathakalull A Maram, directed by Jayaraj and Dhun, directed by Achal Mishra.

Pitching Films at ‘Goes to Cannes’

This year India has been allowed to pitch 5 selected movies at the ‘Goes to Cannes Section’. These include Baghjan by Jaicheng Zxai Dohutia; Bailadila by Shailendra Sahu; Ek Jagah Apni by Ektara Collective; Follower by Harshad Nalawade; and Shivamma by Jai Shankar.

The queen yet again managed to acquire the throne making India proud, while this time she is amongst the eight Cannes 2022 Jury Members. The humbled actor feels that Indian cinema has come a long way and is going just the right way. While she watches the global cinema at Cannes she feels that there are very few Indian films and very few Indians who have reached the global platform and need much more participation.

The Indian style quotient on the Red Carpet

India has scripted history with the presence of a delegation of artists walking down the red carpet at the Cannes Film festival 2022. The festival this year hosts a galaxy of Indian stars and celebrities including Deepika Padukone, Aishwarya Rai Bachchan, A R Rehman Aditi Rao Hydari, Tamannaah Bhatia, Urvashi Rautela, Hina Khan, Helly Shah, R Madhavan, Nawazuddin Siddiqui, Ricky Kage, Prasoon Joshi representing India adorning some of the most eye-catching outfits displaying their sense of style.

The Queen has been busy bedazzling the paparazzi at Cannes with her exotic retro Saree designed by Sabyasachi on day 1 representing the very essence of India. The Diva stunned the shutterbugs with her outfits be it her black bodycon dress, wearing a diamond Cartier neckpiece, her pink and white Louis Vuitton ensemble or the beige jacket and knee-high boots.

Aishwarya Rai Bachchan attended the 75th edition of the Cannes Film Festival with her husband Abhishek Bachchan and daughter Aaradhya, celebrating her 21st year of walking the red carpet at Cannes. From her hot pink Valentino pantsuit to her jaw-dropping elegant baby pink petal dress, which is a Gaurav Gupta creation to her Flowerella Avatar in the elegant black gown, Aishwarya Rai Bachchan became the showstopper at Cannes 22. The Diva also shared some great friendly vibes turning BFFs with the American actress Eva Longoria while walking the Cannes red carpet, and was seen clicking pictures and interacting with her fans!

For her red carpet debut, Aditi Rao Hydari glammed up in a black Sabyasachi gown, with a pink scarf, a bun and a bindi and her statement choker with a slight blush. On another occasion she chose to flaunt the Gangubai look with an ivory organza sari, that was paired with an emerald and diamond choker from Sabyasachi Jewellery’s Bengal Royale Collection.

Some Hits & Some Misses

Deepika was seen as easy and comfortable in most of her dresses, while her orange dress with a train proved to be quite a struggle in the figure-hugging piece. She was seen bending down to bring the bundled up train from one side to another, while she struggled to walk. Despite all the struggle, the Diva glowed, bringing grace to that extravagant orange gown look.

The Cannes film festival 2022 has so many takeaways, new ideas and flavours to make Indian Film Festivals a better cinematic experience. The festival has certainly given global visibility to Indian films and content, which will in turn help enrich and make the upcoming International Film Festival of India ( IFFI) in Goa this year a roaring success.