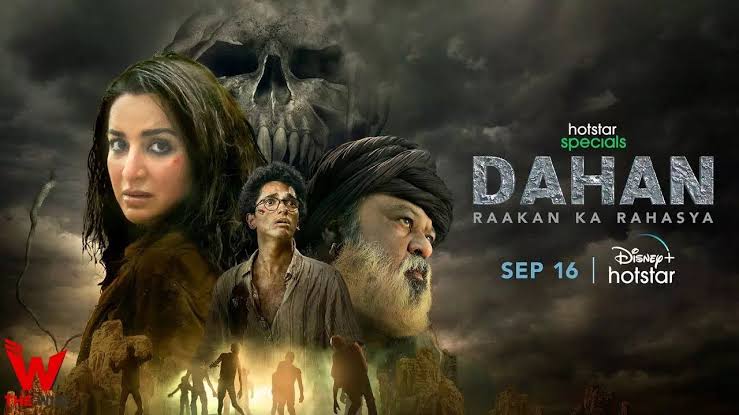 September is a month before the biggest festival Diwali, which also includes raincombined with delicious chai and pakoras. When you are in the mood to enjoy the pre-festive season and rainy days, the OTT platform is here to accompany you with some entertaining shows. So here is the list of some series and films:

Jogi, which premiered on Netflix on September 16 and starred Diljit Dosanjh as the main protagonist, has received praise from viewers for its excellent plot and perfect casting.Hiten Tejwani, Zeeshan Ayoub, Paresh Pahuja, and Amyra Dastur Kumud Mishra’s excellent acting elevates the narrative to a new level.

Ali Abbas Zafar, one of the best commercial storytellers in Bollywood has also been appreciated for the film.The movierecounts the anti-Sikh riots that broke out in Delhi in the wake of Indira Gandhi’s death there in June 1984.

According to Jogi’s summary, “the film focuses on three courageous friends of different religions joining forces in a noble but risky mission to release hundreds of people in their city amid escalating tensions throughout India in the 1980s.”

The movie has made an effort to inform the younger generation and aid them in comprehending the damage that hatred can do.

Vikram Pawar directed a supernatural thriller Dahan: Raakan Ka Rahasya. On September 16, 2022, the series premiered on Disney+Hotstar, and all nine episodes were made available at once.

Dahan is one such series that will take you to a magical location full of tales and timeless beliefs that people continue to hold onto even in the present day.The plot revolves around how the power-packed performer Tisca Chopra as an IAS officerjourneysto discover the truth amidst persistent ancient superstitions and beliefs.

The Netflix documentary series, Fabulous Lives of Bollywood Wives made itsdebut on November 27, 2020, almost 2 years ago. Then the second season was just released on September 2, 2022, on Netflix.

The production is associated with the well-known Bollywood producer Karan Johar, whose name has become synonymous with the field.

You will get a glimpse into the life of Seema Khan, the former wife of Sohail Khan, Neelam Kothari, the wife of Samir Soni, Bhavna Pandey, the wife of Chunky Pandey, and the mother of SOTY 2 fame, Ananya Pandey, as well as Maheep Kapoor, the wife of Sanjay Kapoor, in this series.With their very alluring appearance and sophisticated fashion, the stunning ladies are well on their way to catching many people’s attention.

We are even more thrilled since we also recognized other famous faces in the series, like Jackie Shroff, Arjun Kapoor,Malaika Arora, Badshah, Ananya Pandey, Ranveer Singh, Gauri Khan, Chunky Pandey, and many other cameos that will undoubtedly rock the platform.

Fabulous Lives of Bollywood Wives is a reality series, where we will get to experience the four wives and their way of dealing with their personal and professional matters.

Madhur Bhandarkar is the director of the 2022 Bollywood drama film Babli Bouncer. Produced by Star Studios and Junglee Pictures, Babli Bouncer will release on September 23 on Disney+ Hotstar in Hindi, Tamil, and Telugu.

The movie’s two-minute plus trailer, shows Tamannaah’s Babli in Fatehpur Beri, a “village of bouncers,” as Saurabh Shukla’s voiceover describes it.It revolves around a young woman named Babli Bouncer played by Tamannaah Bhatia, who decides to become a bouncer and leads us on an exploration of numerous elements of her largely male-dominated job.

Babli defies gender stereotypes—she can’t cook perfectly round chapatis, but she can lift the highest weights in the gym—and finally has her life changed when she gets a job as a female bouncer in a club.

In contrast to Shashank Ghosh, who previously directed Ali Fazal’s House Arrest, Rajan Arora is a newbie who is working on the film’s screenplay in addition to producers Trilok Malhotra and K.R. Harish.

Riteish Deshmukh plays the protagonist character in the movie with Tamannaah Bhatia. Along with these two actors, social media star Krusha Kapila and actress-turned-politician Poonam Dhillon also had significant parts in the movie.

The trailer of the movieshowcased, Tamannaah playing the sincere matchmaker Nirali Vora who believes that marriage is for everyoneexcept for her,and Riteish playing the immensely successful and cynical divorce lawyerKaustubh Chougule.

Their acrimonious arguments get further complicated by a growing desire when she moves into an office next to his. The movie is about what happens when two successful personalities meet. Can they coexist?

Amazon Prime Video will stream a brand-new original called Hush Hush on September 22.The series, which was conceptualized by Tanuja Chandra, features big names of Bollywood like Juhi Chawla, Soha Ali Khan, Kritika Kamra, Shahana Goswami, and Karishma Tanna. With this series, actor Juhi Chawla will make her OTT platform debut.Tanuja Chandra is the director of the series.

On the 2nd of September, Cuttputtli, starring Akshay Kumar and Rakul Preet Singh, released, and it seems to be a psychological thriller that will put you on the edge of your seats. Directed by Ranjit M Tewari, Cuttputlli hasbeen released exclusively on Disney+ Hotstar.

In the movie, Akshay Kumar once more flaunts a police uniform and attempts to solve three murders. The storyline shifts to the sleepy hill village of Kasauli in this suspenseful thriller based on the life of Soviet serial murderer Anatoly Yemelianovich Slivko.

Akshay Kumar’s Cuttputtli is a remake of the Tamil movie Raatchasan which was released in 2008. Akshay Kumar as usual looked smart, and sincere,in the most capable role of a cop.