When Imran did an `er.rrrection` scene - Filmi Files
Skip to content 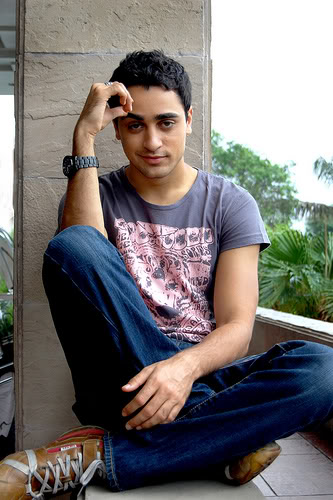 Bollywood’s chocolate boy, Imran Khan is a grown-up lad now. For his loving Mamu, Aamir Khan has given him one of the challenging and boldest role to essay in the much-awaited film ‘Delhi Belly’!
Junior Khan, who made his debut in ‘Jaane Tu Ya Jaane Na’ portrayed a college boy. But in his upcoming film he has done what many of his contemporaries refrain from doing – perform an ‘erection’ scene.
Imran had least inhibitions performing the racy scene which required him to go bold. When quizzed about the steamy scene by a daily, a chilled out Imran said, “I know which scene you are talking about. I was quite cool about it. I didn`t feel awkward at all.”
The ‘A’ rated film that is slated to release on July 1st has scandalized many in the industry for its x-rated content. The film is one of India’s boldest films to have ever been made. But what comes as a shock to the industry insiders is the fact that its perfectionist Aamir’s home production.
Moreover, the ‘Bhaag DK Bose’ track from the film has also offended many filmmakers but the song has become a huge hit among the youth. The lyrics of the song in the beginning sounds like a commonly used invective when put together and sung fast.
Come July, Imran will set the temperature soaring by going all dare ‘n’ bare on the silver screen. Female fans of the IK must be desperately waiting for the film to release. Filmi Files is the best Online Magazine on Tinsel Town and its Stars.