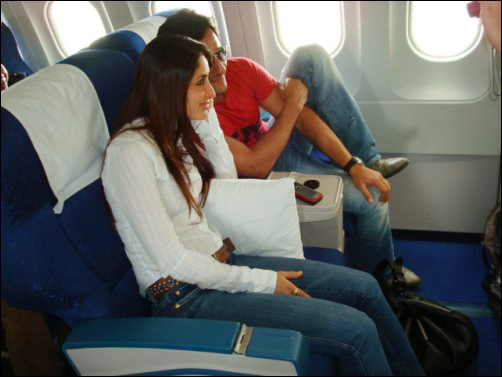 The steamy and spicey romantic relationship of four years between Saif Ali Khan and Kareena Kapoor has now been rocked by work pressure, time constraints, and a few financial issues as well. The buzz doing the rounds in the industry is that the romance between Saif and Kareena is going dry and the couple has been fighting more often than not. Many reasons are being ascribed to this fizzle-out. For one, it’s been speculated that Saif is peeved with Kareena for not sparing enough time for him.
As per the media reports, Saif is upset about having to splurge a hefty amount on the holidays for Kareena’s family. This has always been the talk of the town. On the TV chat show, ‘Koffee With Karan’ Hrithik Roshan had joked about it saying, “I would like to know where on earth Saif gets all that money spend on luxurious holidays for Kareena and his family.”  Recently this money has become an issue between Kareena and Saif. They have been fighting over the management of money. Even though Saif is known to treat his girlfriend like a queen, lately he has had financial difficulties due to the delays in his second production venture, ‘Agent Vinod’. According to a source, Kareena recently had a major fight with Saif over the phone and broke into tears on the sets of ‘Bodyguard’.
Bollywood rumour mills are abuzz with another big-ticket break-up!