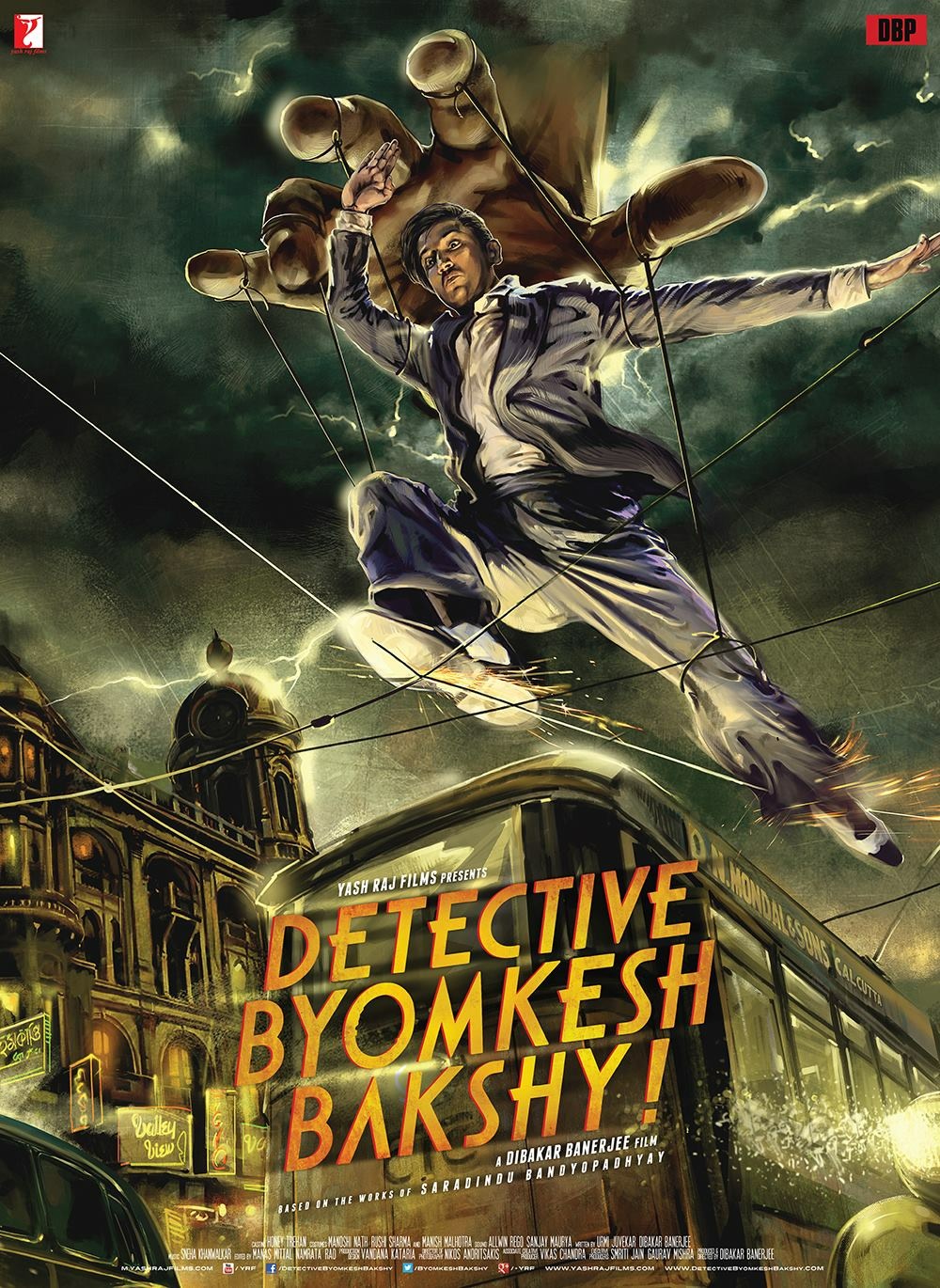 Movie: Detective Byomkesh Bakshy!
Director: Dibakar Bannerjee
Cast: Sushant Singh Rajput, Neeraj Kabi, Anand Tiwari, Swastika Mukherjee
Genre: Suspense
Sharadindu Bandhopadyaya, a famous Bengali writer, created the fictitious character of Detective Byomkesh Bakshi way back in 1932. He was the Indian answer to an English Sherlock Holmes. Dibakar Bannerjee’s movie Detective Byomkesh Bashy! is inspired from the first two Byomkesh Bakshi stories- Satyanveshi and Pother Kantha. Bollywood has very few good detective movies in its kitty; most of its spy-adventures is sure make Sherlock Holmes flip in his grave. Detective Byomkesh Bakshy! denotes an interesting turn in Indian cinema where till now mysteries got solved by flying off 10 feet high buildings or Salsa dancing with the villian’s mistress. Though the movie has its own pitfalls, it is undoubtedly a brilliant attempt by the entire crew.
The year is 1942 and Byomkesh Bakshy(Sushant Singh Rajput), a detective n his mid 20’s is approached by Ajit (Anand Tiwari) to investigate his father’s disappearance. From what starts out as a simple man missing case, the story progressively becomes complicated and turns into a cobweb of mysteries and suspense. The movie ends on a note hinting at a sequel.
Let me make things easier for you and analyse the movie in my traditional approach, i.e. listening out things I like and dislike about the movie. Here it goes!
Things I like about the movie:
1. The sets are absolutely fantastic. You will be transported back in time to an era when Kolkatta was a proud Calcutta. Authenticity of the sets pulls the movie along a sepia tinted frame. The costumes have been kept as original as possible without any put on airs.
2. The character of Byomkesh has no supernatural powers, nor does he launch into a kung-fu style fight unexpectedly. He relies on his observational prowess to sniff out clues (reeks of Sherlock though), gags at the sight of blood and cries in disappointment. I like him!
3. The storyline is a good effort in launching a new (or relatively unexplored) genre of detective movies. I love movies which have something new to offer and display a genuine effort to sustain that newness all through the movie time. Byomkesh does that!
4. Neeraj Kabi steals the show with his performance in a negative role. I absolutely loved his unnerving hyena laugh which was pleasant change from the evil Ravana laugh (it’s so common that it has been laughed to death).
Things I don’t like about the movie:
1. The dialogues often lack clarity especially the dialogue delivery with a Japanese accent. Quite a few times, I caught myself thinking- “eerr, pardon me?!”
2. Swastika Mukherjee looked beautiful in her role as an actress/seductress but it was a little too much of eye lash batting and puppy-faced swooning. Though she did do a good job, it at times came across as trying too hard to fit in.
3. The background score fails miserably in holding its ground. In suspense movies, it’s the script and the background score together that inject mystery into the scenes. This movie was majorly lacking in this regard.
4. The pace of the movie drops 10 minutes into the second half, drags for a while before picking up right at the end.
If you are a Sherlock fan and dig your nose deep into any and every detective novel, then Detective Byomkesh Bakshy! could be your cup of tea. Well, with the weather this romantic, you must be clearly spoilt for choices, so let your heart lead the way. So long!
My verdict: ***