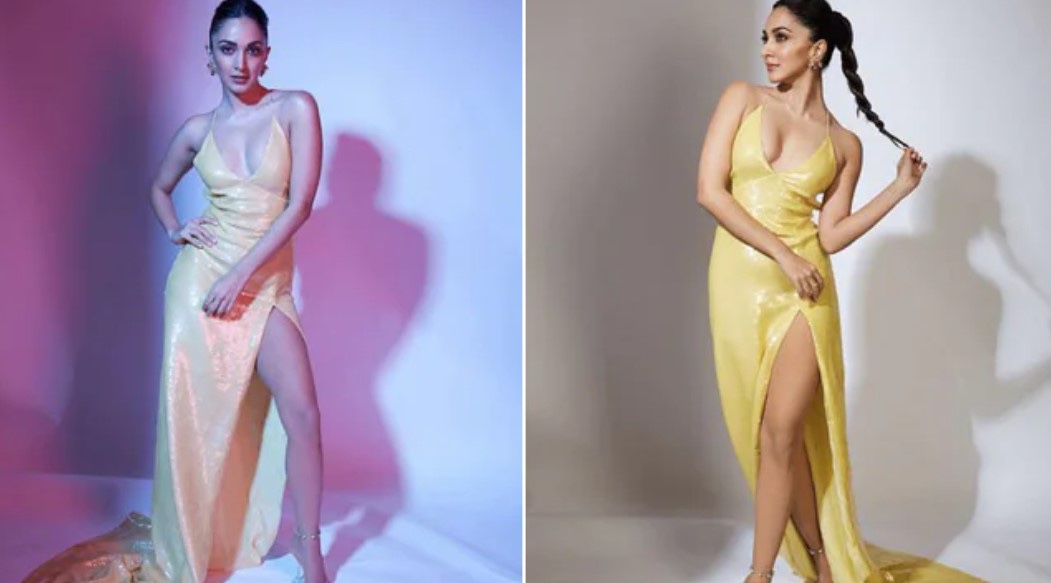 Kiara Advani will help you beat your Monday blues with her ravishing looks in a new breath taking picture in which she can be seen flaunting her sequined yellow gown. Earlier, the actress participated in an award function in her best looks. Kiara attended the Hello! Hall of Fame Awards 2022 with her rumoured beau Sidhart Malhotra. In the latest picture,the “Kabir Singh” actress opted for a beautiful yellow gown. The thigh-high slit gave a bold twist to the outfit. Kiara tied her tresses in a bun. Her glossy lips and mascara-laden eyelashes helped her accentuate her appearance. See the picture below:

Alia Bhatt is on cloud nine these days with an immense success of her recently released film Gangubai Kathiawadi. The gorgeous actress is basking in the success of her film and decided to make the most of this time by spending some quality time with her sister Shaheen Bhatt. Also, she will be welcoming her birthday on March 15. Alia will turn 29 tomorrow and has already embarked on a vacation with sister Shaheen Bhatt. Apart from setting big sibling goals, the two sisters are also sharing pictures of their vacation on their social media account. Recently, Alia posted an image of her morning view in which she can be seen enjoying her hot piping coffee with sister Shaheen. See the picture below:

If you want to grab all the eyeballs, opt for red. Nikki Tamboli recently made an appearance in a red jumpsuit and the actress looked ravishing. Nikki knows very well how to make stunning appearance as fashion is something that comes naturally to her. She can pull off any outfit with ease and manage to look glamorous. The eye-catching red jumpsuit came with a halter neckline that added an element of boldness. Nikki wore stud earrings and a bracelet. Glossy lips and defined brows made her look quite attractive. See the picture below:

Sidharth Malhotra and Kriti Sanon are trending, find why

Sidharth Malhotra and Kriti Sanon are trending on social media. A video of Kriti Sanon and Sidharth Malhotra is doing rounds on social media. In the video, you can see Sidharth helping Kriti Sanon handle her train (long back portion of a dress) as the actress is apparently struggling with it. Sidharth held the train of her chic lavender-colored outfit so that she could pose comfortably for the Shutterbugs at the red carpet. Earlier, the two were spotted at the Hello Awards on Sunday.