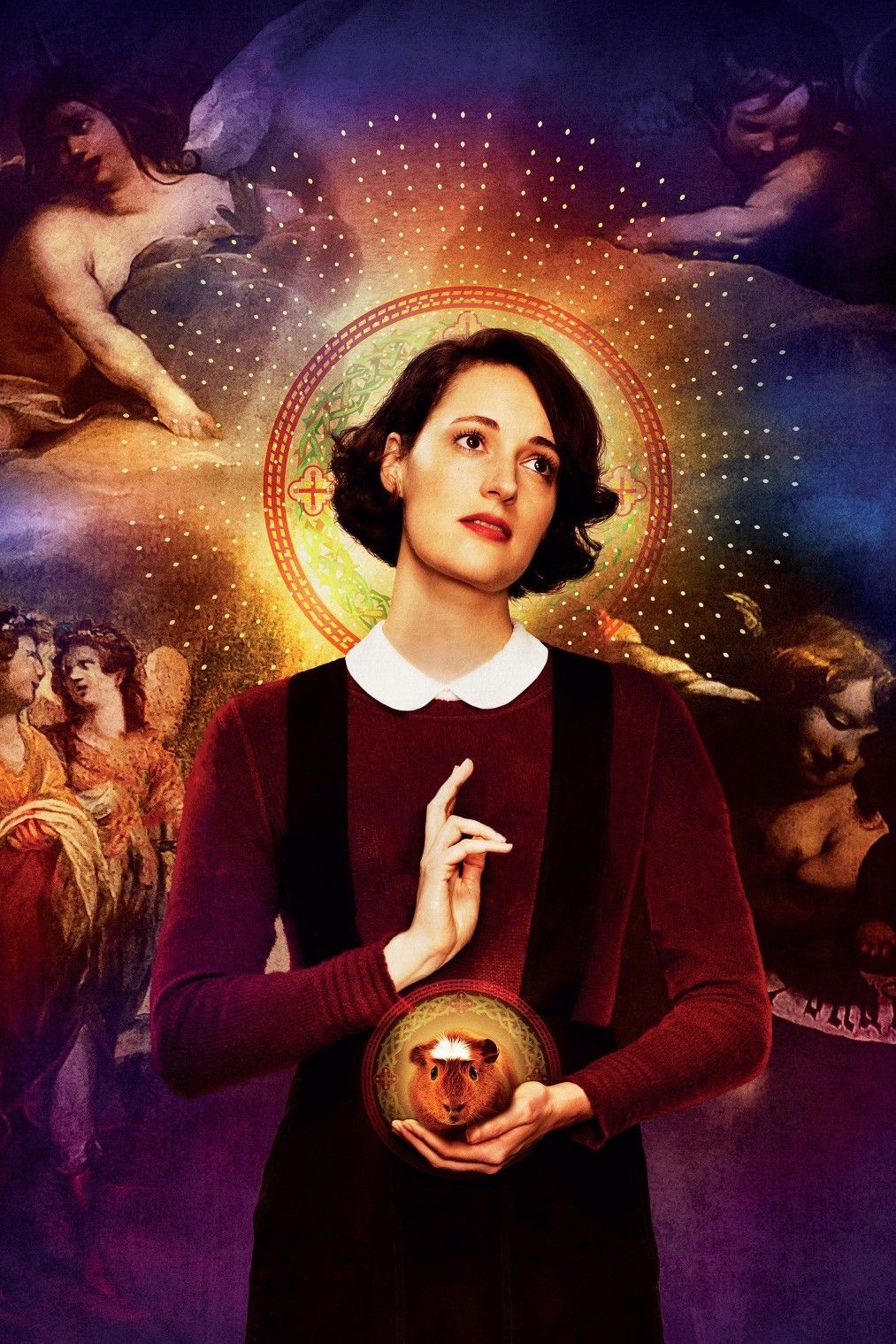 “Fleabag,” a British comedy-drama television show written by and featuring Phoebe Waller-Bridge, is a creative and an epitome of dark humor.  I recently finished watching this 2016 Black comedy drama, which was only two seasons long. And, I was utterly enthralled by its flawed yet intellectually rich characters.

This show is adapted from a one-woman stage show in 2013 played by Waller-Bridge that digs into the life of anaudacious titular character, Fleabag, a grief-riddled and dry-witted English woman.

Fleabag is probably the only one black comedy series that’s desolating, subtle, and humorous at the same time. So, If you haven’t watched this gem of a series yet, I am gonna give my two cents on this show and let’s see if that inspires you to watch this series.

Fleabag was originally a ten-minute comedic monologue, before being adapted into a series. It was written on spot to fill an empty ten minute slot in a comedy show. Although the monologue was a far cry from typical stand-up performances, the audience was quite taken aback by her performance. Waller-Bridge turned the ten-minute standup into a full-length play at the request of her friends.

“The thing I really got off on was putting a female character out there that was all-knowing about sex and one step ahead, who knew what the guys were thinking before they thought about it and yet still played slightly dumb to them. Oh God, it brought me so much pleasure” Waller-Bridge told the cut in 2017, when asked about her inspiration behind Fleabag .

In any series, protagonists are usually strong or weak. There is no in between. Fleabag is brave enough to face life as it comes but her lonely soul longs for a companion. There is not much difference when it comes to the Fleabag series and monologue. Fleabag talks to the audience directly in the series as she does in her monologue. In that way, she attempts to establish a direct and deep connection with the audience. And, she successfully achieves it.

As Waller-Bridge explains to the vulture about Fleabag‘She had to keep making the audience laugh’. ‘She is trying to keep up the jokes but the tragedy starts revealing itself through the story.’ So, it is a give and take relationship between Fleabag and her audience. While she makes sure that the audience are entertained, they are the only ones she is left with whom she can share her secrets.

No one except the priest seems to notice Fleabag’s connection with the audience. And, did I mention Fleabag’s desire to meet her beau? Wait, I am not hinting that the priest and Fleabag will end up together at the end because that’s something I would like you to discover on your own.

Right from their first meeting, the priest (who is hot, wink wink) notices that something is wrong with Fleabag. After Fleabag, the ‘hot’ priest is the one to break the fourth wall but never does he once communicates with the audience throughout the series.

The ‘hot’ priest keeps noticing fleabag turning to the camera and tries his best to make sense of what Fleabag is up to. Therefore, in one such scene, the priest looks straight into the camera after noticing Fleabag talking to someone. This is the first time in the show where a character other than fleabag breaks the fourth wall, implying both closeness and detachment. As a result, we’ll have to make more room for someone other than fleabag.


Fleabag is a balancing act of humour and tragedy. Not all humorous tragedies work out because humour and tragedy are polar opposites. This combination is a tough nut to crack. Fleabag stands out because it has managed to crack this code. The series starts with Fleabag losing her two beloved people in life, her mother and best friend (Boo). In the first season Fleabag fornicates with random men to cope with her pain. However she later admits that it is the after-drama that’s addictive for her more than the pleasure of sex.

Unfortunately, it gets boring for her and she uses humourto deal with her grief. Apart from dealing with the loss of her loved ones, Fleabag has a lot more to handle being a lonely woman in an unwelcoming society. One thing that becomes clearer as the show progresses is that fleabag’s life is centered not only on her grief, but also on her relationships with the people she cares about the most.


Fleabag is a loner and an introvert, who keeps her pain to herself. She occasionally allows her overwhelming emotions to consume her. Fleabag is a disaster. A lovely and endearing train wreck. Her emotional personality becomes quite clearer as the audience eventually gets to witness her relationship with all the other characters in the series.

We find that Boo, Fleabag’s best buddy, commits suicide. Boo wanted to gain her boyfriend’s sympathy and commits suicide after knowing that he slept with another woman. Although she braves into a crowded bike lane, she believes that she can get away with minor injuries. But, before she realizes her mistake, it’s too late.

Out of all the people Fleabag knows, Boo was her favourite. We meet Boo through flashbacks, similar to Fleabag’s experiences, and Fleabag never addresses the viewer throughout these encounters. She doesn’t have to because Boo is the only one with whom Fleabag can be herself in these memories. We learn from other flashbacks that Boo was nothing but a good friend to Fleabag and that she had always had her back. She made her laugh, offered her shoulder, and boosted her self-esteem. Fleabag couldn’t stay sulk at Boo for longer. That’s one reason why the audience are amazed to see Fleabag sleeping with Boo’s boyfriend.

Fleabag’s family is a typical example of a dysfunctional British family – her father living with her god-mother burdened with the guilt of not being there for the daughters. Her god-mother, a horrible insidious woman, seizes every opportunity to torture her sisters and distance them from their father.

Fleabag and her sister Claire was my personal favorite dynamo in the series. Claire reminds us that they are sisters, and their bond is based on compulsion rather than choice. They are not soul mates, yet they are impelled to form kinship despite their differences. On the surface, they appear to be polar opposites: Claire likes to live life on her own terms, which means throwing a surprise birthday party for herself. She takes pride in having her life planned out exactly how she wants it to be, and, in contrast to her depressed sister, owns two degrees, a husband, and a Burberry coat.

Have you ever wondered why fleabag is such a hit despite its complex and painfully slow narrative? Some shows captivate the audience with their complexities and Fleabag is undoubtedly one such intriguing narrative.

Despite the complexity, Fleabag embraces simplicity in terms of its story. I mean, the story is pretty straight forward, ain’t it? A grieving woman narrating her life’s struggles in a humorous way.

Fleabag has a total of 12 episodes. It does not linger unnecessarily, thanks to Waller Bridge’s choice to stop Fleabag after two seasons. You don’t have to commit to this show for long because such complex stories don’t usually hold the attention of the audience for longer durations.

If you haven’t watched this dark comedy yet, this is the best time to tune into Amazon Prime. Are you looking for some best picks in dark comedy? Well, right now I cannot think beyond Fleabag. So, don’t forget to share your thoughts about this series once you finish watching it.